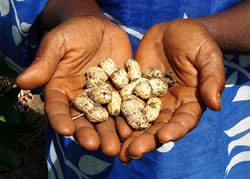 In addition to a pre-Congress gathering in the Blue Mountains (“Communities Conserving Nature and Culture”) and a post-Congress field visit and capacity exchange on governance of protected area systems and individual sites, the ICCA Consortium co-organised and hosted the GOVERNANCE STREAM of the World Parks Congress in Sydney (Australia) held in November 2014.

Eleven years after the Vth World Parks Congress in Durban (South Africa), the Sydney Congress was to become another milestone for ICCAs in international conservation policy and, subsequently, biodiversity law.  The Congress’s policy outcome was the Promise of Sydney, comprised of four pillars: (a) the Promise of Sydney Vision; (b) strategies produced by each of the eight Congress Streams and four cross-cutting themes; (c) a web portal of case studies of innovative approaches; and (d) commitments to action made by countries, funders, organisations and other partners.  In addition to widespread references to ‘conserved areas’ alongside protected areas, ICCAs were specifically referenced in: (a) the Promise of Sydney Vision, and in the strategies of (b) Stream 1 on reaching conservation goals, (c) Stream 6 on governance, and (d) the New Social Compact cross-cutting theme.

The Promise of Sydney Vision acknowledges the increasing role of (inter alia) indigenous peoples’ and community conserved areas and territories in reaching biodiversity conservation and societal goals. It promises to enhance diversity, quality and vitality in governance and management and appropriately recognise and support areas conserved by (inter alia) indigenous peoples and local communities.

The strategy of Stream 1 acknowledges that ICCAs (inter alia) are increasingly recognised for their key contributions to reaching conservation goals and recommends promoting such contributions via legal frameworks that recognise, support and enable diverse types of protected areas governance.

The strategy of the Governance Stream contains the most references to ICCAs. It acknowledges that territories and areas voluntarily conserved by indigenous peoples and local communities and their collective rights and responsibilities are still largely unrecognised and unsupported. It recommended better recognition and appropriate support for voluntary and self-directed conservation efforts, including in ICCAs within and outside of protected areas and “No Go” policies to limit patterns of unsustainable exploitation of natural resources (such as extractive industries) in ICCAs, sacred natural and cultural sites, indigenous peoples’ territories and the commons of peasant, forest, herder and fishing communities (among other things). It recommends capacity development initiatives on adaptive governance of protected and conserved territories and areas and targeted research (including on, inter alia, effective support for ICCAs) and the development of databases and analyses on governance and connectivity of protected areas and other effective conservation measures, including ICCAs.

The New Social Compact cross-cutting theme contains only one reference to ICCAs, though the rest of the theme is also broadly relevant. It recommends a ‘rapid response’ mechanism for indigenous peoples and local communities impacted by protected areas and, where applicable, development, citing ICCAs (among other things) as an important tool for redress and land restitution.