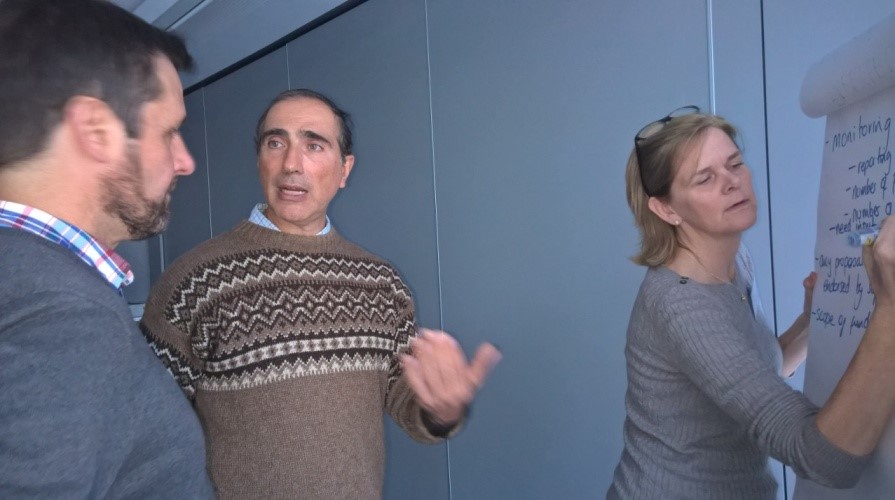 In late 2014, the IUCN World Parks Congress stated: « …we recognize that threats to nature, its biological diversity and protected areas are now at the highest level in human history, due to a convergence at immense scale of the impacts of human consumption patterns, population growth, and industrial activity. Many protected and conserved areas are at risk (…) and many rangers on the frontline have sacrificed everything for this cause. This reality must be faced directly, truthfully, and collaboratively. Bold vision and concerted action are required if we are to meet both conservation goals and human aspirations for current and future generations».

The role of community leaders and local activists is pivotal in countering the increasing pressure that many rural and indigenous communities face from extractive industries, large-scale monocultures and major infrastructures. Unfortunately, this ends up exposing such communities to discrimination, intimidation, abuse, and violence.  In 2014, Global Witness reported that: “Each week at least two people are being killed for taking a stand against environmental destruction. Some are shot by police during protests, others gunned down by hired assassins…. at least 116 environmental activists were murdered in 2014 …a shocking 40 % of victims were indigenous, with most people dying amid disputes over hydropower, mining and agri-business.”

The ICCA Consortium is extremely concerned about the on-going violations of customary laws, and especially of those customary laws that have demonstrated a capacity to produce sustained environmental conservation. Very often such violations are closely connected with abuses of human and indigenous peoples’ rights, including the murder or severe harming of their members and leaders who resist land conversion and imposed “development” processes.  This is an unfortunately frequent occurrence in the global South, and particularly severe in places where local resistance and mobilization to defend the community commons and ICCAs has led to the militarization of territories. In too many cases, national armies, para-military security forces and guerrilla groups end up backing the interests of corporations and private investors at the expense of communities that– once culturally vibrant and autonomous, including in food production– may be reduced to conditions of poverty, vulnerability and despondency.

What is more, the majority of cases of murder and severe harm perpetrated against the defenders of the community commons and ICCAs remain unsolved, with both instigators and executors of such crimes rarely identified and brought to justice. In light of that, physical violence and the systematic elimination of members and leaders defending their community commons and ICCAs weaken the resolve and the morale of the young generations, who feel increasingly vulnerable and unprotected and less inclined to respect the customary laws that secured their livelihoods, identity and pride for generations. The risk of losing one’s life in the attempt to protect the community commons and ICCAs and the likelihood that that sacrifice will remain unrecognized and unpunished represent, in fact, a sure disincentive for people to engage in resisting undesired land conversions and “development” schemes and, in general, in equitably governing and sustainably managing their land, water and natural resources.

In the absence of the security of justice that would restore rights and assign proper punishment to perpetrators, the families of the murdered and harmed defenders bear the long-term consequences of their loss, including loss of security and livelihoods.  Some of them face a lifetime of poverty and marginalization. Moreover, many communities of the murdered and harmed defenders remain deprived of some of their most aware, active and generous members.  Organisations representing indigenous peoples and peasant communities have been drawing attention to this plight for some time, but we are extremely far from having sufficient ‘safety nets’ in place for the harmed defenders, their families and their communities.

In 2015, the Consortium took action and began actively exploring the possibility of establishing a Solidarity Alliance and Fund (SAFE) for the Defenders of the Commons and ICCAs.  An initial investigative meeting was held at the UN gathering for EMRIP (Expert Mechanism on the Rights of Indigenous People) in July 2015.  Following this, the Consortium shared a wider call to further explore the opportunity and feasibility of responding to the problem and three consultancies were commissioned to examine the phenomenon in different world regions. The regional studies give a sense of the extent and diversity of the issues involved: a spectrum of occurrences that range from discrimination, stigmatization, intimidation and threats to the violent maiming and killing of individuals, from the forced displacement of individuals and communities to the confining of communities and the militarization of entire territories.  They show that the phenomena are not evenly distributed around the world and, in some specific areas, they are very serious and possibly on the rise.  There is arguably a moral obligation on us to support and defend the communities “most at risk” who insist on sustainably governing and managing their commons and ICCAs.

Overall, the studies lead to the conclusion that, despite some existing laudable initiatives, a support mechanism specifically dedicated to the defenders of the commons and ICCAs is needed and should be established.  They note that this is an ambitious endeavour and that a broad “alliance” among organisations with diverse experience, capacities and constituencies would have a better chance of responding to the need than any one of them alone.  Such an alliance could manage the mechanism and possibly evolve into a clearinghouse and hub for various forms of awareness-raising and support related to the commons and ICCAs.

The reports and the ideas evolving from them were examined and discussed at a main exploratory meeting at the IUCN Headquarters, in Switzerland, on 19-20 November 2015.  The meeting was attended by 23 interested individuals, representing 21 organisations, and investigated the idea of a Fund in the context of a possible alliance of partner organisations that could take on the responsibility of establishing it, accompanying it and setting it to function.  In addition to the ICCA Consortium, Friends of the Earth International, the International Land Coalition, Global Witness and the Gaia Foundation (on behalf of the Yes to Life, No to Mining Campaign) became part of a core reflection group.

Heartened by the response to the meeting, we have been working hard within the Consortium to draw together all these potential partners.  We are extremely pleased to register, at the end of January 2016, specific agreements with several of the mentioned partners towards the formal establishment of a Solidarity Action and Fund (SAFE) for the Defenders of the Commons and ICCAs– something designed to empower the ICCA defenders well beyond a single case or location.

We will circulate an email announcement to all Members immediately after the preliminary agreement is finalised.  At that time, other organisations beyond the core group will be offered a chance to engage.

The minute of the meeting can be found here.