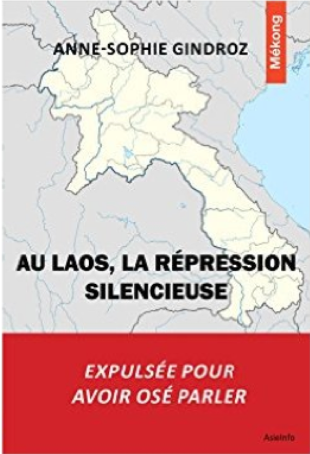 In this exclusive insight into Laos’ repressive regime and human rights abuses, Asieinfo Publishing is proud to offer readers this exclusive and insightful story of Anne-Sophie Gindroz, a Swiss humanitarian worker, who was a first-hand witness to the forced displacement and evictions of rural populations to make way for controversial infrastructure and large-scale plantation projects. Rarely in the media spotlight, landlocked Laos is often portrayed as a tourist destination, or a showcase of rapid economic growth and rural development, and the country is gaining increasing support from major aid agencies. But there is another reality… In this South-East Asian country ruled by the secretive Communist Party since 1975, villages have been wiped out and communities resettled, replaced by landscapes dominated by bulldozers and cranes. Those voices that dare to question such destructive modernization are either ignored or suppressed. Sombath Somphone, a prominent sustainable development practitioner, was abducted in the heart of Vientiane, Laos’s capital city, in December 2012, after being stopped by the police. He has not been seen since that day. This was the reality Anne-Sophie Gindroz witnessed in Laos, where she worked for a Swiss development organization, until 2012, when she was given 48 hours to leave the country, expelled for defending threatened communities. A unique foray into the repression and suppression of dissent at work in Laos, her book– presently available in French, but soon also in English– breaks the silence and tells inconvenient truths.

With a foreword by Maina Kiai, United Nations Special Rapporteur on the rights to freedom of peaceful assembly and of association.