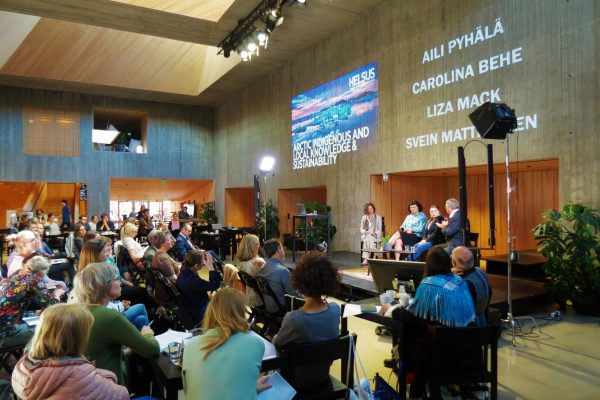 On Friday June 8th, I had the pleasure to participate in a one-day seminar on Arctic Indigenous and Local Knowledge & Sustainability, organized by the Intergovernmental Science-Policy Platform on Biodiversity and Ecosystem Services (IPBES). One of the most hopeful aspects of IPBES is the effort to work across knowledge systems and incorporate Indigenous and Local Knowledge (ILK) in its assessments of biodiversity, and IPBES is placing substantial effort in addressing indigenous issues in relation to biodiversity governance challenges. The event was organized by Álvaro Fernandez-Llamazares, an author of the IPBES Global Assessment and an Honorary member of the ICCA Consortium.

The seminar, which took place at the University of Helsinki, in Finland, addressed numerous issues related to conservation, sustainability, development and Indigenous Peoples’ rights in the Arctic. As the local representative of the ICCA Consortium, I had been asked to chair and facilitate a panel discussion with the following three invited guest speakers:

Carolina Behe, the Indigenous Knowledge/Science Advisor for the Inuit Circumpolar Council (ICC), working in the Alaska office. ICC is an Indigenous non-profit international organization that advocates on behalf of 165000 Inuit across Chukotka, Alaska, Canada, and Greenland. ICC is also a Permanent Participant to the Arctic Council;

Liza Mack, Interim Executive Director of Aleut International Association, one of the six Permanent Participants to the Arctic Council; and

Svein Matthiesen, Professor at the University of the Arctic Institute for Circumpolar Reindeer Husbandry, and representative of the Association of World Reindeer Herders, which is a circumpolar organization representing over 20 Indigenous reindeer peoples and about 100 000 reindeer herders in 9 different national states.

The title of my panel discussion was the following: “Whose know­ledge counts in biod­iversity con­ser­va­tion con­cepts and prac­tice?” inspired by an article by one of my favourite scholars, Arturo Escobar (1998), in which he proposes that the concept of “biodiversity” “must be seen as a discursive invention of recent origin” offering instead an alternative view of biodiversity as “linked to cultural and territorial defense” where Indigenous Peoples and Local Communities (IPLCs) can articulate an alternative political ecology framework. Escobar suggests that “When biodiversity is seen from this alternative perspective, particular issues within biodiversity debates [ (be they territorial control, alternative development, local knowledge or conservation itself)] take on new dimensions; i.e. they can no longer be reduced to the managerial and economizing prescriptions offered by dominant views.”

Key questions that we addressed in our panel regarded the broader recognition of Indigenous Knowledge (IK) in the governance of socio-ecological systems. We touched upon inconsistencies or discrepancies in some of the notions, understandings or practices around biodiversity conservation as understood by and based on IK on the one hand, and as defined by Eurocentric scientific knowledge on the other hand, and the politics, power relations, and implications involved.

We also spoke about the IK that exists around the impacts of extractive industries on Arctic biodiversity and on local health and wellbeing, and the extent to which IK on such threats and impacts have been voiced, heard and taken into consideration, or even helped stop destructive extractive practices.

The panel discussants were so keen and talkative in sharing their knowledge and deeply moving stories and heart-felt experience around these issues that we could easily have talked for more than double the allocated time! We also had some excellent questions from the floor, from an audience of around 100 people consisting mainly of policy makers, CSO representatives, and academic professors/scholars.

Other key speakers at the event included Fikret Berkes (one of the most distinguished ethnoecologists and ILK experts), Gunn-Britt Retter  (Head of the Arctic and Environment Unit of the Saami Council and member of the International Indigenous Forum on Biodiversity, IIFB), Anne Nuorgam (Vice-Chair for the United Nations Permanent Forum on Indigenous Issues), Eduardo Brondizio (Co-Chair of the IPBES Global Assessment) and Liisa Rohweder (Secretary General of WWF Finland), as well as representatives from Finland Ministry for Foreign Affairs and Ministry of the Environment. It was such an honor to meet and get to know these prominent figures. It was also interesting to familiarize with the work of IPBES, and I remain curious to see to what extent the incorporation of ILK into the IPBES Global Assessment translates into more inclusive and rights-based policy-making for IPLCs and ICCAs. 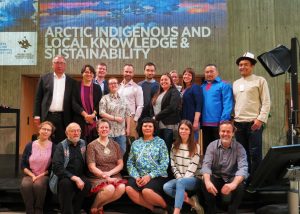 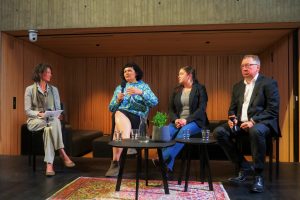 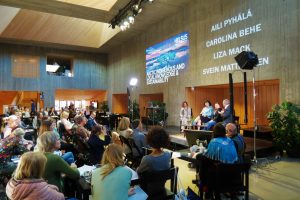