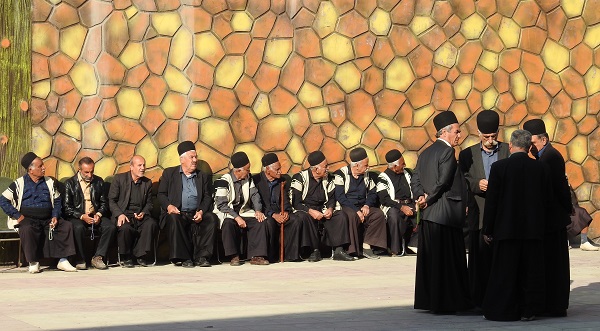 The first national forum of the Union of Indigenous Nomadic Tribes of Iran (UNINOMAD – an ICCA Consortium Member) was held in the Bakhtiari Tribal Confederacy’s Territory, Lali, Khuzestan, Iran on 21 February 2019. This forum was hosted by the Sustainable Livelihood group (Sanduq) of the Bakhtiari Tribal confederacy with the support of the Cenesta.

Approximately 500 participants attended the Forum: elders and representatives of the Bakhtiari, Qashqai, Shahsevan, Arab communities, and other nomadic tribes of Iran, parliamentarians, governmental authorities, and academics.

The main goal of the forum was to declare unity and solidarity among the Iranian nomadic tribes.  Among the shared goals were the recognition of their customary territories as ICCAs-Territories of Life de jure with their own governance systems, and strengthening their capacities to co-manage natural resources with governmental authorities. The participants strongly reaffirmed the long-lasting bond between nomadic peoples and mother earth, their dedication to the environment and biodiversity, and the fundamental role of nomadic peoples in nature conservation. Elders and representatives of UNINOMAD described the challenges faced by nomadic peoples and suggested appropriate approaches and solutions to tackle these issues.

Members of Parliament, local and national authorities, and academics, all talked about the need for recognition of economic, security, cultural, and environmental values of nomadic peoples to assure their well-being in the country. They went as far as naming nomadic people’s concerns as one of the top priorities for the authorities in national and local programmes, especially in the Sixth National Development Plan.