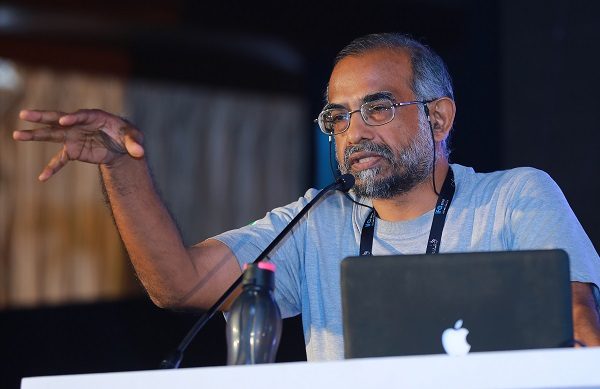 By Ashish Kothari, from Kalpavriksh and Vikalp Sangam, India, and member of the ICCA Consortium Council of Elders

ICCAs – now welcomingly labeled territories of life – have travelled dramatically in the last 20 years. On the ground of course they have been around for thousands of years, but their global recognition has mostly come in this millennium. From the early, tentative labeling of the phenomenon as ‘community conserved areas’ (CCAs) in India, they have traversed a rocky path: being escorted by some of us through the corridors of the IUCN encountering both strong opposition and enthusiastic support, the breakthroughs made at the 2003 World Parks Congress where CCAs figured in the plenary talks and over 100 community representatives championed it, their conversion into the more inclusive and respectful ICCAs as indigenous peoples asserted their own identity, their inclusion in the Protected Areas Programme of Work of the Convention on Biological Diversity in 2004, their recognition in the World Conservation Congress and the formation of the ICCA Consortium in the 2008 Congress. And meanwhile of course advocacy on them in several countries using locally relevant terminology. The Consortium’s systematic promotion from local to global forums has in the last decade placed them squarely in the centre of the conservation-livelihoods-rights discourse and practice.

The journey is however far from complete, for neither ICCAs nor anything else will survive if humanity does not make fundamental course corrections. Despite dramatic increases in the coverage of official protected areas, despite the rising recognition of ICCAs, despite all the commitments and talk at global forums like CBD (Aichi, etc), despite the Sustainable Development Goals, multiple global crises get worse and worse. Biodiversity loss continues apace, the climate catastrophe is becoming frighteningly visible, pollution claims millions of life,  plastics are now found in the salt we eat and the beach sand we sit on. Socio-economic and cultural crises keep pace, as abysmal deprivations from basic needs affect billions, inequality reaches all-time highs, the politics of hatred and exclusion raises its ugly head in so many parts of the world. To top it all, the structures of oppression (capitalism, statism, patriarchy and masculinity, racism, casteism, speciesism…) are hitting back in desperate attempts to stay alive in the face of growing challenges by peoples’ movements.

In the face of these crises, conserving a part of the planet, however well and however democratically and equitably, will not stave off the multiple collapses that are coming. Even the ‘half earth’ proposals that are gaining currency of late, will fail miserably (apart from their human rights consequences) in the absence of a systemic transformation of what we mean by ‘development’, ‘progress’, and indeed of who we think we are as a species.

What are the contours of this transformation, and what is the role of ICCAs and other similar approaches in it? In some senses, many ICCAs are already exhibiting ways of life that are radical alternatives to the mainstream madness of development. Where ‘territories of life’ are asserting that life is above all, sacred, and that extractivist activities, materialist lifestyles, and the project of modernity are so deeply flawed that they don’t want anything to do with these, they are showing us the way. But in most parts of the earth, including in many if not most ICCAs, the incursions of the dominant economy and polity have made it impossible to simply say ‘leave us alone’. And urgent solutions are needed for the widespread deprivations from basic needs, and for the growing aspirations of the new generations of humanity. Resistance has to be complemented with constructive approaches.

And this is where there is plenty of inspiration around us, if we care to see it. Hundreds of thousands of initiatives at localized food, water & energy sovereignty,  technology and knowledge commons, dignified livelihoods, community health and meaningful learning, direct or radical democracy, gender and sexuality justice, social equality, and many others are spread across the world. Some have sustained for hundreds of years, others are more recent, some are continuing to rely on ancient knowledge, others an interesting hybrid of the traditional and the modern, some are tiny, others large-scale, some are highly localized, others becoming global movements. Complementing these practical, grounded initiatives are a range of worldviews being dug up from the past and re-asserted … buen vivir, sumaq kawsay, ubuntu, swaraj, even radical reinterpretations of mainstream religions … and others very new … ecofeminism, degrowth, ecosocialism … (for about 100 such initiatives, practical and conceptual,  see Pluriverse: A Post-Development Dictionary, likely to be published as this issue comes out!).

Though it  is somewhat reductionist to put a framework on the exciting and complex medley of such alternatives, one can discern five broad spheres of transformation in them:

At the core of this 5-petalled ‘flower of transformation’ is a set of ethical values that perhaps all truly radical alternative initiatives share, even as they are so wonderfully different from each other: generosity, compassion, caring, respect for diversity, dignity, simplicity, autonomy, freedom, fun, and so on.

It would obviously be unfair to expect that the ICCA Consortium specifically, and ICCAs in general, take on the entire responsibility of showing the world what such a radical transformation could look like. We all need to act towards this. But it seems to me that many ICCAs are prime candidates for becoming icons of what the World Social Forum has been promising for two decades: ‘another world is possible’.  Some are I am sure already on their way. In this, they can be partnered by other movements and networks that are experimenting with elements of the 5-petal flower of transformation. A recently launched initiative, the Global Tapestry of Alternatives which the ICCA Consortium has endorsed, could be an exciting platform for such a productive partnership. Just as dramatic paradigm shifts have taken place in conservation approaches in the last decade and half, can the next decade or two herald in similar transformations in humanity’s vision of what it means to live peacefully and harmoniously with its home planet?