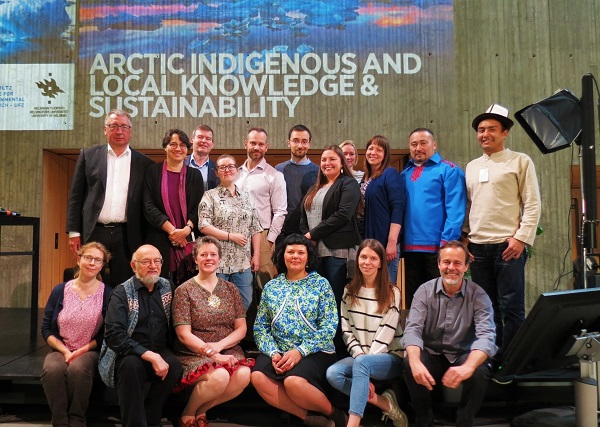 By Álvaro Fernández-Llamazares and Aibek Samakov, Honorary Members of the ICCA Consortium

Two weeks ago, the Intergovernmental Science-Policy Platform on Biodiversity and Ecosystem Services (IPBES) approved the Summary for Policy-Makers of the Global Assessment on Biodiversity and Ecosystem Services. Citing nearly 15,000 references and written by 145 leading international experts from 50 countries, this report represents the first comprehensive snapshot of the state of knowledge about life on Earth since the 2005 Millennium Ecosystem Assessment.

During the last three years, we have had the extraordinary honor to be part of the authorship team of the IPBES Global Assessment, which puts us in a privileged position to evaluate what makes this report so unique and different to any of its predecessors. Much of its groundbreaking nature lies on the fact that it is the first-ever intergovernmental assessment that systematically includes indigenous and local knowledge on a planetary scale. We thus believe that this report is extremely relevant to the work of the ICCA Consortium, for at least three main reasons:

First, the assessment has gone a long way in recognizing the unique contributions of indigenous peoples and local communities to safeguard much of the world’s remaining biodiversity. One of the key messages of the Summary for Policy-Makers is that the positive contributions of indigenous peoples and local communities can be facilitated through “national recognition of land tenure, access and resource rights”, via “the application of free, prior and informed consent” and improving “collaboration, fair and equitable sharing of benefits arising from the use, and co-management arrangements with local communities”. The fact that these statements have been approved by 134 member states as evidence-based knowledge represents a historical achievement that would have been unthinkable some years ago, and will hopefully contribute to strengthening land rights and recognition of ICCAs in our respective countries.

Third, the Assessment recognizes that the lands traditionally owned, managed or occupied by indigenous peoples and local communities are under increasing pressure from the expansion of commodity frontiers, infrastructure development and resource exploitation. The report emphasizes that there are “more than 2,500 conflicts over fossil fuels, water, food and land across the planet” and pays tribute to the “at least 1,000 environmental activists and journalists” that have been killed between 2002 and 2013 alone. Yet, despite raising awareness of the hard facts, the report still manages to maintain an optimistic outlook, as it clearly shows that there are many solutions available to confront the daunting social and environmental challenges ahead. We highlight that nature can be saved through urgent and concerted efforts fostering transformative change, and we emphasize that if the world’s legal, institutional and economic systems are transformed, then it is possible to achieve a better future for biodiversity and human well-being. In other words, it is not too late to address biodiversity loss, but we need to start acting now.

As Honorary Members of the ICCA Consortium, we can only hope that this assessment serves a purpose in recognizing the pivotal role that ICCAs play in sustaining life on Earth, and in operationalizing novel ways of conceptualizing and achieving planetary sustainability. We hereby would like to call upon all the members of the ICCA Consortium to take this Assessment report and make it yours, giving visibility to its findings on social media, facilitating its uptake in different policy circles, and using it as a tool for leverage and to support your fights against land grabbing and encroachment in your territories. We truly believe that this report will make history and set an important milestone in our collective journey towards a more hopeful future for both nature and people.

IPBES Global Assessment can be seen as a success story in bringing indigenous and local knowledge into global science-policy processes. Nonetheless, much more work can be done to make insights from the Territories of life and voices of indigenous people and local community members seen and heard in similar processes. Currently, IPBES is undertaking an Assessment on Diversity of Values related to nature and on Sustainable Use of Wild Species. An Assessment on Invasive and Alien Species will be launched later this year. ICCA Consortium members have a unique potential and capacity to influence and shape these Assessments through reviewing the reports, participating in dialogue workshops and nominating authors to write these Assessments.

Please find here the link to the Summary for Policy-Makers of the IPBES Global Assessment Report.