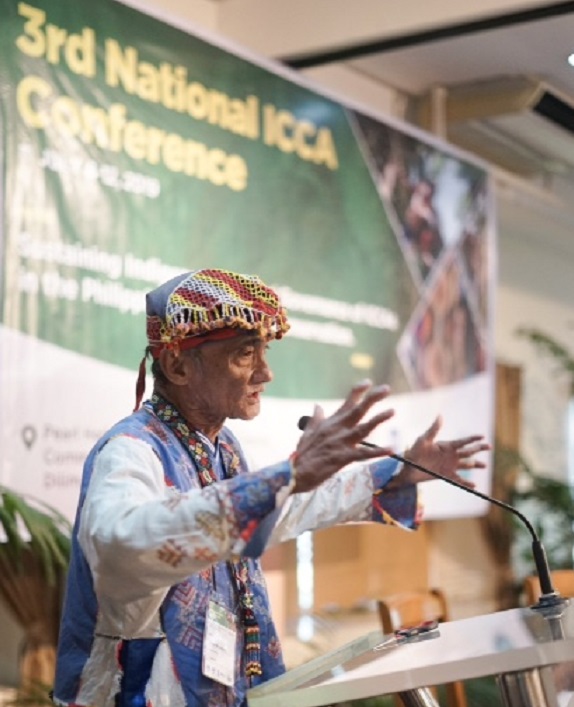 By Giovanni Reyes, Council Member with special responsibility for the relationship with GEF

The third Philippine National ICCA Conference took place at the Innotech-SEAMEO compound in Quezon City, Philippines. Held from July 8 to 12, 2019, the Conference gathered more than a hundred stakeholders from indigenous people’s (IP) communities representing all ethnographic regions, as well as relevant government agencies and civil society. The conference aimed at sustaining recent gains in the recognition of ICCAs’ institutionalization and creating a plan to scale-up support for full and effective assistance to ICCA governance in the country. Representatives from the Senate and the House of Representatives attended the conference. They have been tapped to schedule hearings on the ICCA Bill and to pursue legislation relevant to ICCAs.

The conference opened with a pre-dawn ritual held on the grounds of the University of the Philippines campus, led by KASAPI (Koalisyon ng mga Katutubo at Samahan ng Pilipinas/ National Coalition of Indigenous Peoples in the Philippines, Member of the International ICCA Consortium ) chairperson Datu Eduardo Banda, and former BUKLURAN (Bukluran ng mga Katutubo at Para sa Pangangalaga ng Kalikasan ng Pilipinas/ Philippine ICCA Consortium, Member of the International ICCA Consortium) Chairperson Datu Makalipay.  A sacrificial chicken, wine, rice, salt, and other ritual items were offered– and recognized in gratitude for their role in sustaining life. Invoking the intervention of ancestral spirits, Datu Banda prayed for IP unity while Datu Makalipay “invited” the spirits of Filipino National heroes, including Andres Bonifacio and Tandang Sora, to guide the conference to success.

After cutting the ribbons to open the conference formally, Mr. Giovanni Reyes, President of the Philippine ICCA Consortium, welcomed the delegates, stating, “IP, civil society, and the UNDP partnership attest to the validity of what IP traditional governance is all about.”  Citing the nationwide representation of IPs from diverse ecosystems, from seascapes and landscapes, Reyes asserted, “The reason for high-level biodiversity in the country being among the 17 most biodiverse in the world is precisely because biodiversity is mostly, if not entirely, found within native lands of indigenous peoples.” He said the threats to these require community action, participatory conservation planning, and national policy advocacy.

The highlights of the conference were the reports by the Indigenous Peoples’ leaders of BUKLURAN on the implementation of the GEF-funded Philippine ICCA Project, which involves 10 sites from 2016 to 2019. This follows the New Conservation Areas Philippines Project (New CAPP) which was implemented between 2009 and 2014, and which was directly followed by the Philippine ICCA Project. In total, 223,052 hectares were mapped and declared as community-conserved, in addition to the Protected Area estate.  They will be registered with the UNEP-WCMC ICCA registry as another layer of protection. 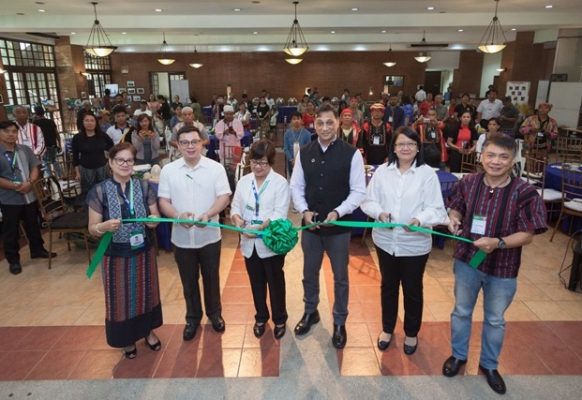 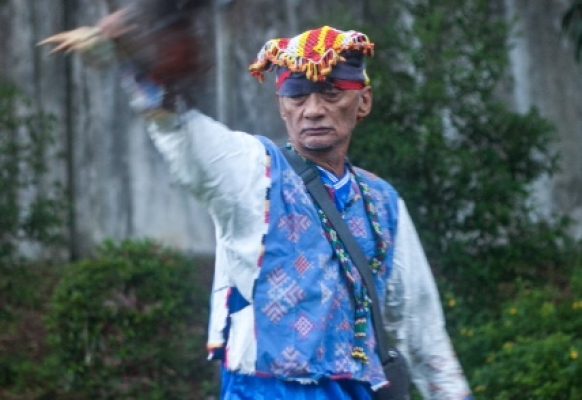 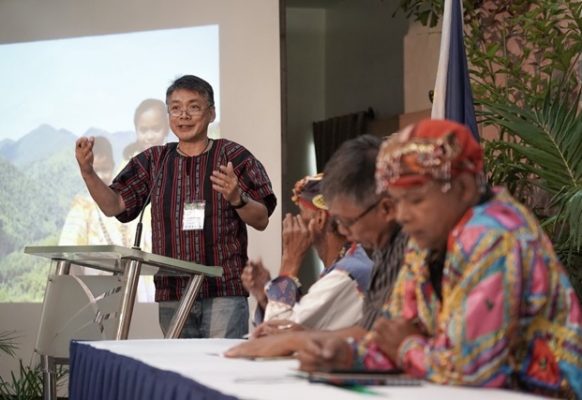 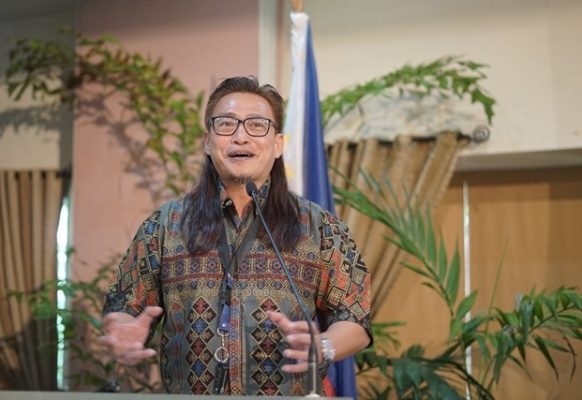 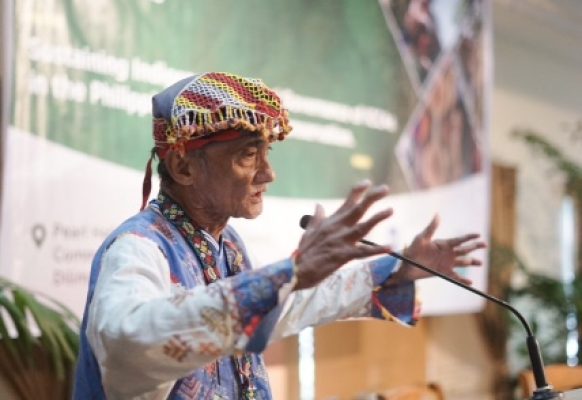 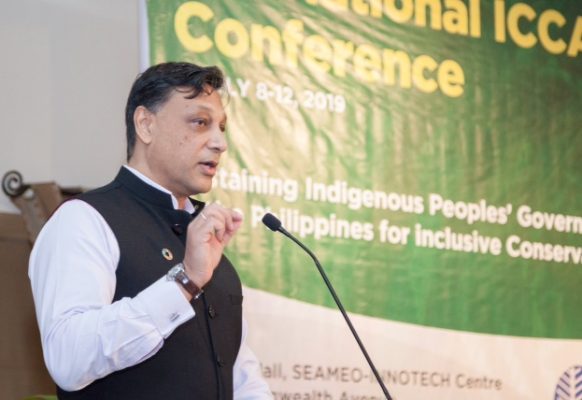 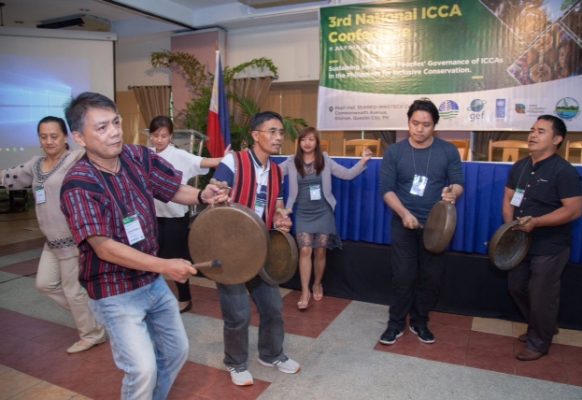 Philippine ICCAs are now part of the current National Biodiversity Strategy Action Plan (NBSAP) and have made inroads in the recently passed Expanded National Integrated Protected Area Systems Act (ENIPAS Act) which recognizes ICCAs in Ancestral Domains with at least three provisions, providing an explicit legal framework, and mentioning, for the first time, ICCAs’ being considered as protected areas.

A recent international evaluation team mandated by the UNDP reported that the “Philippine ICCA Project placed the country as frontrunner in inclusive conservation in the Asia region so that a delegation of government officials from Myanmar made exposure trips to these ICCA sites.”

Later, a conference statement called for urgency in the enactment of the Philippine ICCA Bill: “Immediate enactment of the ICCA Bill will be a fundamental element for sustaining the gains of ICCA pilot models”. The ICCA Bill not only strengthens the role of Iindigenous peoples in the governance of nature, but also adds to “the reputation of the Philippines as a reference for ICCAs” and “help steer the nation in mitigating, if not preventing, the alarming rate of deforestation and climate change impacts.” The statement called on the public: “particularly communities directly benefiting from ecological services provided by resources in our ancestral domains, to support our efforts and provide a legacy worth presenting to the present and future generation of Filipinos.” It should be noted that “there are from 25 to 30 million Filipinos living near or adjacent to ancestral domains, who receive benefits from ecological services. Destruction of ancestral domains is not only about indigenous peoples’ survival, but affects these millions as well”, as stated by a Food Security Forum held at University of the Philippines by Asian NGO Coalition on June 24, 2019.