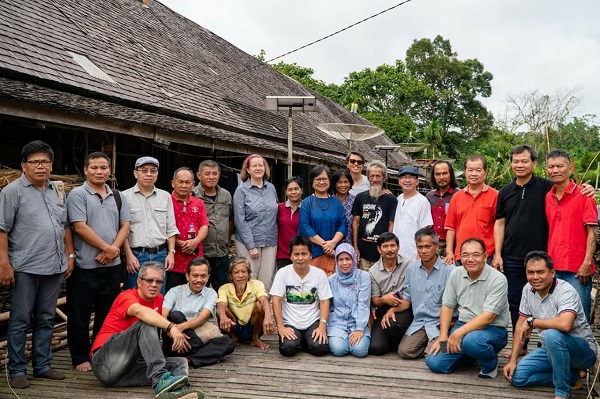 When the Heart of Borneo Trilateral Initiative was signed in 2007, the three countries that share the island of Borneo (Brunei, Indonesia, Malaysia) committed themselves to protect and sustainably manage the forest and watershed of the interior of the island. But the Indigenous People were not at the official table of the Heart of Borneo.

In 2014, representatives of indigenous leaders and communities, gathered, drafted a declaration and proposed to the three countries to be part of the initiative to make sure that the voices of the people who had been taking care of the Heart of Borneo would be heard and their concerns addressed. This was the beginning of the Forum of the Indigenous People of Heart of Borneo or FORMA-HoB. As the Network of Local Communities to Promote Sustainable Development and Conservation in the Heart of Borneo, it is now an official item of the agenda at every Trilateral meeting, and a representative of FORMA-HoB is always invited to participate.

The Secretariat of FORMA, based in Palangkaraya (Central Kalimantan) organizes at least one event a year to gather representatives from Sarawak, Sabah and Kalimantan. In July 2019, a meeting was held in Putussibau (West Kalimantan), near the transboundary region that is also the homeland of Iban people, to discuss human rights in the Heart of Borneo with a focus on opportunities and challenges for strengthening indigenous peoples’ rights in Heart of Borneo through new forestry schemes, advocacy and international conventions. WGII was invited as a speaker together with the representative of the human rights commission in Indonesia and human rights lawyer from Sarawak.

As part of the gathering and Annual Meeting, FORMA also organized a visit to the longhouse and community of Sungai Utik, a recent winner of the Equator Prize 2019 for their efforts to protect 9,000 ha of primary forest against illegal logging and other external threats. The strong solidarity and dialogue approach to solving problems were the key factors to ensuring the success of the community. A representative of the previous winner of Equator Prize 2015, FORMADAT Malaysia and Indonesia, was also present. Two Equator Prize winners from the Heart of Borneo exemplify the power of local-to-global networking among indigenous peoples communities, and the power of stories that come from the territories of life of the custodians of Heart of Borneo.