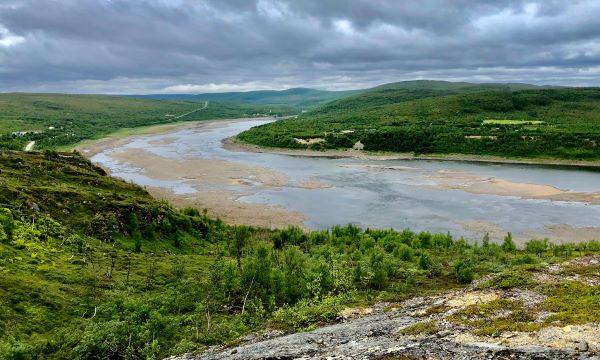 In the current mainstream political culture of Finland, the fact that the Sámi lack any political decision-making power regarding their traditional territories and livelihoods is considered a perfectly natural feature of the nation state. This normalisation of subjugation points to a clear need to raise awareness of the past and present impact of colonialism and to take concrete steps to abolish this legacy. If done properly, the truth and reconciliation process could indeed accomplish this goal. However, there is reason to doubt that the process truly aspires to that end.

The Sámi are one people in four countries.  In Finland, a preparatory process towards the establishment of the commission was concluded in 2018; in Norway and Sweden these processes have as well been started. Because the Sámi span multiple counties, there is a question of whether there should be different processes or one unified commission. Especially in border regions – and especially because of the creation of those borders — the impacts of colonialism in one state have had impacts on the Sámi “on the other side” as well.

In order for the truth and reconciliation process (or processes) to make a real difference, it would have the aim of changing the status quo. If not, the process might instead serve as a way for the states to wash their hands. In the early hearings regarding the commission, the Sámi  raised doubts about whether the state were pursuing the process with pure intentions. This concern is quite understandable considering that the government that began the truth and reconciliation process adopted numerous outrageous laws and policies towards the Sámi.

For example,the Sámi were not properly consulted in the preparation of the Act on State Parks and Forests Enterprise (Fin. Metsähallitus), which governs and claims ownership of about 95% of the traditional Sámi territories in Finland. The most significant changes in this legislation took place exclusively on Sámi territories, most critically: changing the status of large protected areas to areas of commercial exploitation. Nor were the Sámi properly consulted in the preparations leading to the fishing agreement for the river Deatnu. Indeed, despite strong opposition from the Sámi, the agreement was adopted and now reduces traditional Sámi salmon fishing by about 80%. It effectively endangers the continuation of this ancient tradition, a mainstay of Sámi livelihood.

Moreover, the government has supported the Arctic railway, which would destroy Sámi reindeer herding in large areas, if constructed. The government even adopted a fishing act that criminalises Sámi who fish in their home rivers. Given that the government has these policies, some doubt about their intentions seems understandable. Is it easy to believe in an invitation to make peace with someone who is actively engaged in beating you up?

There was a change of government in Finland earlier this year, but the damage done by the previous government is vast, and so far there is not much indication that there will be a significant shift in Finland’s policies regarding the Sámi.

The illegal confiscation of traditional Sámi territories by the state remains an existential threat to Sámi ways of life and of protecting their environment. So far there is little to make one think that the truth and reconciliation process in Finland would address the ruinous colonial legacy or help protect Sámi ways of life. We do not need pretty words about the importance of Sámi culture, or a vain apology from the state for past wrongdoings. The process must outline clear actions towards decolonising the relationship between the Finnish state and the Sámi, and it needs to address their political marginalisation. There will be no reconciliation – or, more accurately put: conciliation – without addressing the issue of land. As things now stand, I am not convinced that the process has the necessary ambitions and goals.

More information on the topic: See here the preliminary report on the process in Finnish (the abstract in English can also be found in the document).