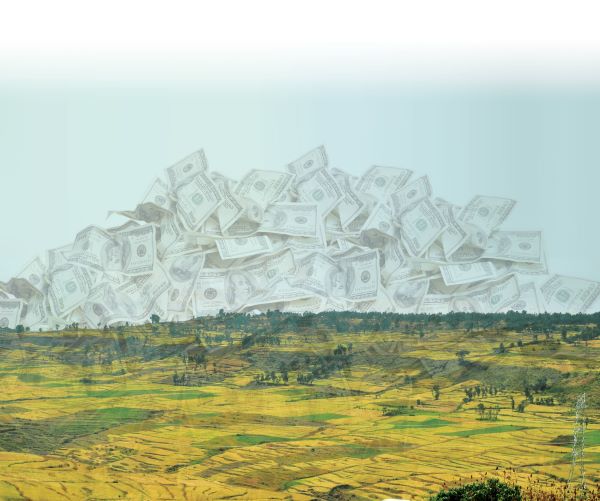 By The Oakland Institute. Anuradha Mittal, its Executive Director, is an Honorary member of the ICCA Consortium.

Large-scale land acquisitions by private interests have intensified over the past ten years in the Global South. In most instances, this has involved forced evictions, widespread human rights violations, environmental degradation, the destruction of livelihoods, and increased hunger. These land grabs have taken on an enormous toll on the indigenous, pastoralist, and smallholder farmer communities around the world, from Brazil to the Democratic Republic of Congo to Papua New Guinea. But they have also been met with massive resistance by millions of rural communities who oppose the takeover of their ancestral land. Many have been successful in delaying, disrupting, or stopping the establishment of plantations.

The land people struggle to preserve from the greed of so-called investors is often land they rely upon for their livelihoods, but for which they may not have property titles. Legally, it is typically either public or state land or land on which local communities claim customary rights. This issue is a concern for the World Bank, for which “undocumented [land] rights pose challenges and risks to investors.” This may explain why the Bank, supported by the US and UK governments and the Bill and Melinda Gates Foundation – all strong proponents of the corporatization of agriculture – launched the Enabling the Business of Agriculture (EBA) project in 2013. The goal is to guide pro-business reforms in the agriculture sector by scoring countries on the “ease of doing business.” With this project, the Bank identifies the “legal barriers” for agribusinesses across various areas, such as seeds, fertilizers, trade, and machinery. It then prescribes policy reforms to remove these barriers and support agribusiness. In 2017, the project took a whole new dimension when the Bank launched an aggressive attack on land rights by introducing a land indicator that aimed to privatize the commons in the Global South.

With this new indicator, the Bank prescribed that governments should transfer public lands with “high potential” to private, commercial use so that land can be put to its supposed “best use.” Claiming that low-income countries do not effectively manage public land, the World Bank pushed for the privatization of public land as the way forward by systematizing the sale of public land by auction to the highest bidder. Other measures included formalizing private property rights, easing the sale and lease of land for commercial use, and improving procedures for expropriation. The Bank has ignored that billions of Indigenous and rural poor live and work on these lands, and which are essential to their livelihoods and represent ancestral assets with deep social and cultural significance. Local Pomio landowners are protesting against the biggest land grab in Papua New Guinea history. Under a lease system called SABLs (special agricultural and business leases) forests are being destroyed and customary land is being stolen. © Paul Hilton / Greenpeace

In January 2019, the Oakland Institute published a report The Highest Bidder Takes It All: The World Bank’s Scheme to Privatize the Commons, which denounced this blatant attack on land rights and called for the land indicator to be dropped. In the course of 2019, many members organizations of the Our Land Our Business* campaign mobilized to reject the Bank’s efforts to privatize our commons, including ActionAid, the Bretton Woods Project, CADTM, CEDEN, Enda Pronat, the Observatory for the Right to Food of Spain, SOS Faim, The Rules, Third World Network, among others.

The campaign bore fruit: whereas the Bank had announced it would publish a new EBA report early 2019, the publication date was pushed to spring, and then finally released this October – nearly a year behind schedule.

Most importantly, the new land indicator that the Bank was planning to expand to over 60 countries by 2019 appears to have been dropped. Though included in the 2017 report, the Bank now says that the land indicator is “still under development,” and this is the reason for not including it this year.

Instead, reversing its previous pro-corporate focus, the Bank addresses our demands by recognizing the importance of customary land rights and announcing that safeguards to protect these rights should be “a development priority.” This is a major victory against the privatization of the commons, at a time when corporate interests have intensified their push to take over forests and customary lands around the world. Above all, this is a significant win for billions of family farmers, pastoralists, and Indigenous Peoples who rely on the land for their livelihoods and struggle to protect it from the greed of private interests and corporations.

Another important news is that the EBA team has shrunk from 50 people in January 2019 to just 11 today – indicating a dramatic restructuring of the project. After five years of campaigning and advocacy by the Our Land Our Business campaign, donor support to the project has faded in recent years. The Danish and Dutch governments withdrew their funding of the EBA in 2016, and UK’s DFID cut its financing by nearly half over the last three years. DFID funding is scheduled to end in December 2019, and it is unclear if it will be renewed or not given DFID has urged the Bank to find new and alternative sources of financing for the EBA.

A Welcome Victory, But the Struggle Continues

The dropping of the land indicator is a hard-won victory to celebrate for all the civil society organizations that have joined forces in this campaign. However, with the EBA project, the Bank remains committed to the expansion of large-scale, capital intensive agriculture for the benefit of agribusiness corporations. We, therefore, reiterate our call for the World Bank and its donors to put an immediate end to the EBA project altogether.

* The Our Land Our Business campaign, made up of 280 organizations worldwide, demands an end to the Enabling Business of Agriculture program. Read their joint statement here. To add your organization to the campaign, please email: ourlandourbusiness@oaklandinstitute.org. For more information, visit the campaign website ( in English, French, Spanish).