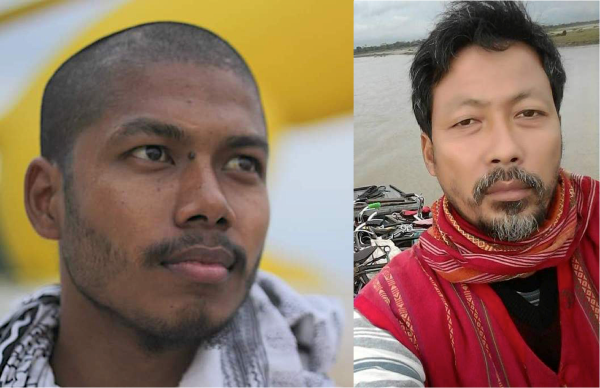 UPDATE: Pranab Doley and Soneshwar Narah were released on conditional bail on 18 April 2020 at the second hearing of their bail application at the Sub Divisional Magistrate Court of Assam. This was after their first bail application was rejected on 8 April 2020; they remained in judicial custody for more than 10 days.

The ICCA Consortium is extremely concerned about the arbitrary arrest of Indigenous peoples’ rights and peasants’ rights activists Pranab Doley and Soneshwar Narah (of farmers’ rights organisation Jeepal Krishak Shramik Sangha, JKSS) on 7 April 2020 in the Golaghat district of Assam, India. These arrests appear to be politically motivated with the intention of intimidating and silencing two community leaders who have dedicated their lives to social justice and supporting Indigenous peoples, forest dwellers and peasant communities in Assam. We have issued a letter of support, urging authorities in India to immediately and unconditionally release them and drop all charges.

As reported by national journalists in The Wire, Newslaundry and Sabrang India, Pranab and Soneshwar were arrested on 7 April under the pretext of inquiring into their complaint filed the day before about alleged corruption in the Public Distribution System during the COVID-19 pandemic. Their complaint drew from local media reports of concerns about the missing rice. At the time of publication (14 April), Pranab and Soneshwar are currently in Golaghat jail under judicial custody, and awaiting a second bail hearing (planned for 18 April) after the first bail application was denied – a decision that also appears to be politically motivated.

The following video was released on Facebook immediately after their arrests:

According to The Wire, the video shows Pranab and Soneshwar being escorted by the police and both making statements. Soneshwar is seen in the video saying, “There is secrecy over the missing 800 quintals of rice. We had registered a case at the local police station in Bokakhat. We were called by the police to produce our statements, but we were arrested on a false case. The rice has gone missing from the Kaziranga Cooperative.”

The ICCA Consortium joins a growing chorus of organisations and individuals expressing support for Pranab and Soneshwar and condemning their politically motivated arrests and judicial harassment. We have sent a letter to the Chief Minister of Assam and several other authorities in India to urge them to:

Please refer to our letter of support for more details of the situation and our concerns. For more information and opportunities to support, see: