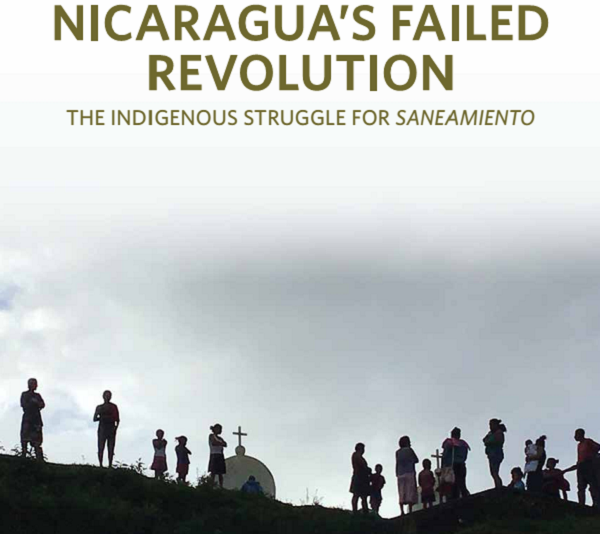 By the Oakland Institute.
Directly extracted from this post and from the press release on the report.
Anuradha Mittal, author of the report, is an ICCA Consortium Honorary member.

This new report, authored by our Honorary member Anuradha Mittal for the Oakland Institute, details the incessant violence facing the Indigenous communities in the Caribbean Coast Autonomous Regions of Nicaragua and provides in-depth information about the actors involved. It breaks the silence and calls attention to the Indigenous peoples’ ongoing struggle for their territories.

Amidst the COVID-19 crisis, violence against Indigenous peoples in Nicaragua is escalating, the Oakland Institute warns in a new report, Nicaragua’s Failed Revolution.

The report details the incessant violence facing the Indigenous communities in the Caribbean Coast Autonomous Regions, as evidenced by recent attacks against the Alal, Wasakin, and Miskitu communities, and provides in depth information about the actors involved—foreign gold mining firms, national and international actors in logging and cattle ranching industry, as well as prominent Nicaraguan officials.

Whereas much international attention is directed to the threats on the peoples and forests in the Brazilian Amazon, the so-called socialist Ortega government has not only failed to enforce legal protections of Indigenous land, but actually plays an active role in the colonization and exploitation by transnational firms. Official government documents, obtained by the Institute, reveal an offer to potential investors of over 7.1 million hectares of land for mining concessions (60 percent of the country) and over 3.5 million hectares for forestry projects (30 percent of the country).

“President Ortega called the pandemic ‘a sign from God’ and said that the ‘transnational forces that just want to take control of the planet, that is a sin,’ but his own government has made deals with the Canadian, British, Australian, and Colombian mining companies that are exploiting the country’s mineral wealth at the expense of Indigenous livelihoods,” said Anuradha Mittal, author of the report and Executive Director of the Oakland Institute.

Over the past three years, the amount of land under mining concessions has more than doubled, reaching 2.6 million hectares, or 20 percent of the country. Similarly, Nicaragua’s primary forests, majority of which are found along the Caribbean Coast Autonomous Regions and are essential for the livelihoods of the Indigenous, are under intense pressure by corporations and illegal settlers for cattle ranching and lumber operations. The forest cover in Nicaragua has dropped from 76 percent in 1969 to 25 percent today. The report details President Ortega and his family’s personal links to the forestry and logging business through the Alba Forestal company.

Based on extensive field research, Nicaragua’s Failed Revolution provides first-hand testimonies from members of communities who have been subjected to intense violence, including murders, kidnappings, burning of homes, and other intimidation, linked to land invasions. The report reveals the complicity between Nicaraguan government officials and foreign companies as they dispossess the Indigenous, driving them into hunger and disease and creating a stifling map of confinement.

By examining how past “development” schemes, resettlement of ex-combatants, and business friendly policies advanced by successive governments have exploited the Caribbean Coast’s lands, the report provides in-depth analysis and historical context to the current situation. It also details how the Indigenous have turned to the Inter-American Court for Human Rights because of the long denial of the legal protections afforded to them by law.

“Nicaragua is seen as exemplary in granting land rights to Indigenous communities through legal protections, such as the Law 28 (Statute of Autonomy) and Law 445,” said Mittal. “The government has failed to enforce these laws, and instead colludes with business interests and plays an active role in the colonization of the protected lands by outsiders,” she continued.

“Whereas widespread human rights suppression in Nicaragua has garnered international attention in recent years, violence faced by the Indigenous and the impunity granted to settlers by the national police and the government has gone largely ignored—until now,” said Anuradha Mittal.

Nicaragua’s Failed Revolution breaks this silence and calls attention to the Indigenous’ ongoing struggle for Saneamiento, the final step of Law 445 which requires clearing the Indigenous territories of colonos as well as corporations, who are living and using the territories without a legal title or a lease agreement with the communities.