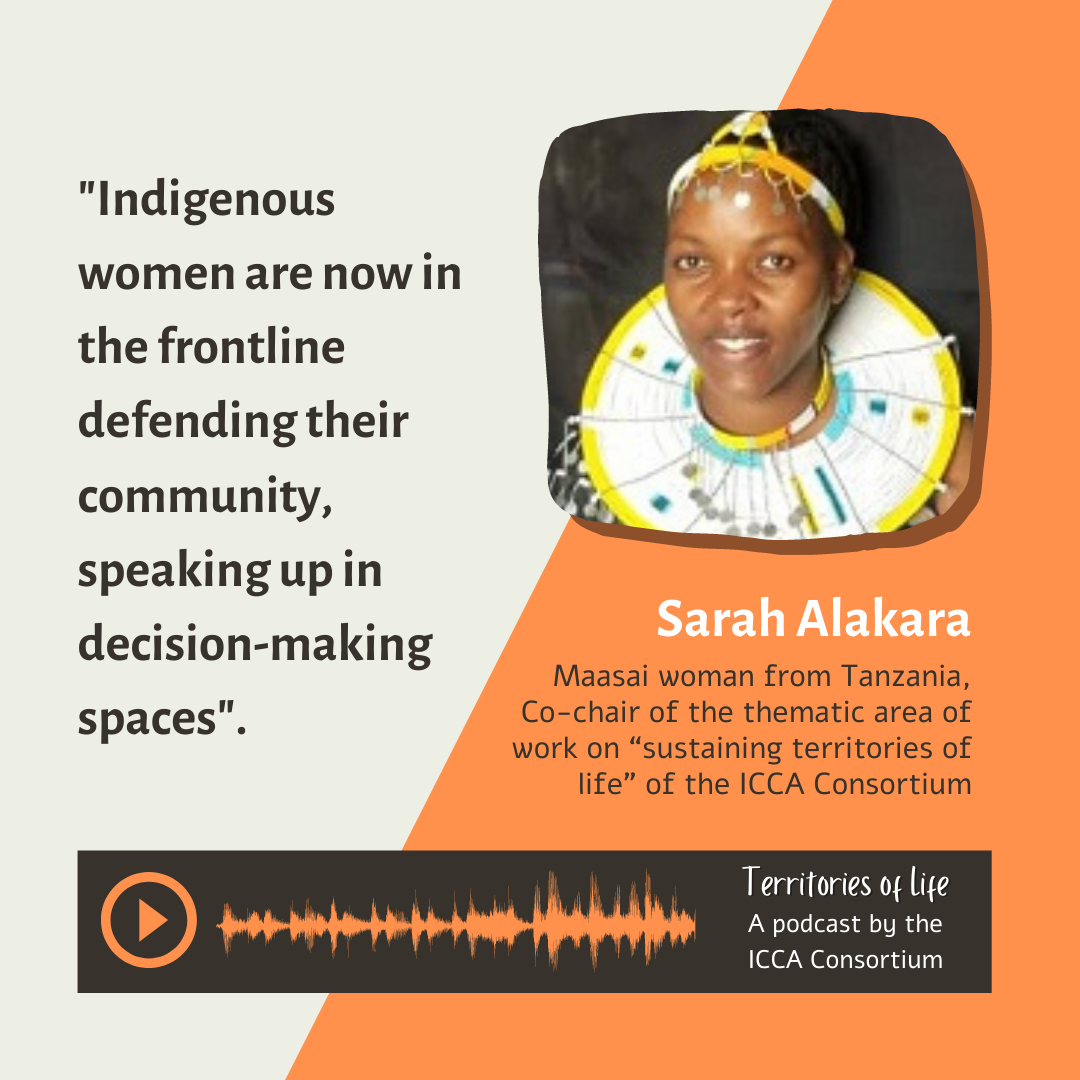 The ICCA Consortium has opened its online radio and released its first podcast episode of a series called “Territories of Life”, which is available both on Anchor and Spotify.

“Territories of Life” is a space in which the ICCA Consortium aims to show the stories, ideas and actions of Indigenous peoples and local communities in the defence and conservation of their territories, in the face of structural injustices and direct threats, such as destructive industries and top-down conservation initiatives.

For this first podcast, we spoke to Sarah Alakara, a Maasai woman from Tanzania and co-chair of the thematic area of work on “sustaining territories of life” at the ICCA Consortium Council. We asked Sarah what International Women’s Day meant to her, the importance of Pastoralist communities in the conservation of biodiversity, the role Indigenous women play in the defence of their territories of life, and their contributions to face climate breakdown and other threats.