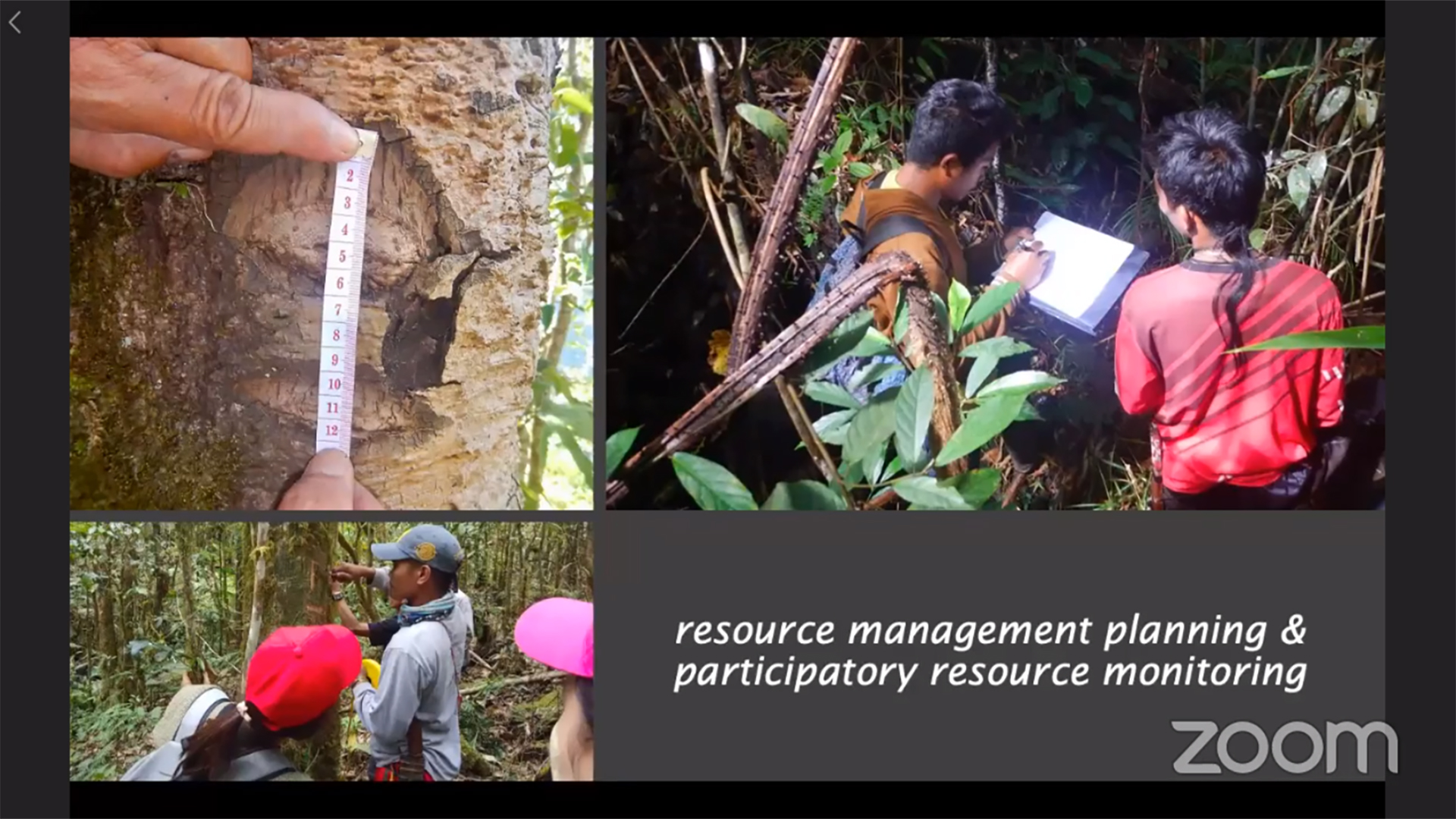 Speakers urge to learn from Indigenous knowledge systems and practices and ensure policies and laws recognise and support Indigenous peoples and their livelihoods.

Indigenous peoples’ contributions to biodiversity protection and climate change mitigation is unparalleled. So, these Indigenous models of nature governance should be supported by scaling up technical assistance and financial mechanisms. Speakers highlighted these viewpoints in a webinar recently organised by Indigenous peoples and conservation groups in the Philippines.

On 18 July 2020, the webinar was organised by Philippine Parks and Biodiversity, the Philippine Indigenous Peoples’ and Community Conserved Territories and Areas Consortium (Philippine ICCA Consortium), and the Non-Timber Forest Products Exchange Programme in the Philippines (NTFP-EP Philippines).

The webinar was addressed by Indigenous and rights leaders. After the speeches, an open forum was held to respond to the queries of the participants (counting about one hundred). The webinar was hosted on Zoom and streamed live on the Facebook pages of Philippine Parks and Biodiversity and NTFP-EP Philippines.

Speakers urged governments, international agencies, and other stakeholders for more inclusive nature governance and biodiversity policies that recognise and support the nature-based sustainable livelihoods of Indigenous peoples. The webinar informed the public about the critical role of Indigenous peoples in taking care of nature and the challenges they face in fulfilling this role.

All societies should accept and adopt Indigenous systems of nature governance

Giovanni Reyes spoke about the role of Indigenous peoples in conserving biodiversity and natural resources. To open, he quoted an elder of Native American descent:

He highlighted the importance of ICCAs to the way of life of Indigenous peoples, as they act as the centres for culture and spirituality, like cathedrals for Christians, or mosques for Muslims — ICCAs must be protected as dwelling places and/or manifestations of the sacred. ICCAs often also contain crucial ecosystem services that sustain the life of Indigenous peoples and support the same for downstream communities.

Having protected nature for so long, sustaining ICCAs in conditions ripe for biodiversity to thrive is an indisputable testament to the efficacy of Indigenous peoples in conservation. Having pre-dated any of today’s formal systems of government such as the nation-state and protected areas, he asserted that society “should align with the intelligence of Indigenous peoples. After all, their management system is far more advanced than decades-old Constitutions and legal frameworks.”

Mr. Dave de Vera provided further emphasis on the importance of ICCAs not only to Indigenous peoples but also to all societies. He said, “Indigenous and community conserved areas and territories (ICCAs) are the oldest form of conservation that predates all other projects, programs, and policies – sometimes acknowledged by governments, more often not. Too few understand what it is about.”

He highlighted that in the Philippines and around the world, too many governments enforce conservation policies that do not harness the efficacy of traditional governance of Indigenous peoples. Some, in fact, completely disregard the traditional governance which leads to the dislocation of the very systems that have protected biodiversity since time immemorial.

About the latest legal development in the Philippines, Dave de Vera recommended that “we need to pass the ICCA Bill into law because the traditional knowledge of Indigenous communities is fast being lost while the challenges against Indigenous conservation are on the rise.”

The ICCA Bill aims to institutionalise systems to recognise the role and contribution of Indigenous peoples to conserving biodiversity and natural resources through the establishment of an ICCA registry. A national ICCA registry will act as a pioneer in officially recognising Other Effective area-based Conservation Measures (OECMs) parallel to the current Protected Areas System of the Philippines and provide legal guarantees to Indigenous peoples in their voluntary acts of conservation. This, he said, will bolster the performance of the Philippines in national and international commitments to mainstream biodiversity and conservation targets. (Read more about the proposed bill here).

She highlighted that emerging markets for green products and the gradual decline of fast-fashion and fast-food are “opportunities for strengthening Indigenous community enterprises and ensuring that they are viable while being ecologically and socially responsible.”

Ms. Camba emphasised that nature-based Indigenous community enterprises are based on careful and thoughtful, participatory resource management planning and monitoring. In ICCAs, there are protocols to avoid overharvesting and other safeguards such as no-touch areas. Community elders are also the ones who share their traditional knowledge and practices on NTFPs with youth.

She said, “Ito ang pagkakataon para matutunan ng kabataan ang pag-aalaga at pagbabantay ng kanilang kagubatan. Kasama rito ang tuloy-tuloy na pagtatanim para sa susunod na mga henerasyon.” (This is an opportunity for youth to learn to conserve and guard their forest. This also comes with the continuing care and planting of trees and plants for the generations to come).

It is key for Indigenous communities to strengthen and sustain their enterprises. And a way to do so is to form alliances, to be able to continuously exchange knowledge and best practices. “When they are able to speak as one, they are better able to market their products, add value to their products, diversify, and expand their market,” she added. Apart from ensuring the sustainability of resources, Ms. Camba said that finding the right market, and ensuring fair trade and fair pricing is critical. And this entails reaching out, and continuously engaging markets that value culture, craft, and conservation.

Throughout the webinar, it was emphasised that the Indigenous knowledge systems and practices (IKSPs) of are the key to ensuring that the traditional governance of Indigenous communities is fully alive and resulting in the conservation of biodiversity and natural resources. Therefore, the organisers called for recognition of these IKSPs, not only for the sake of Indigenous peoples, but for everyone.

The speakers made the following specific recommendations.

Featured image: Screenshot from the webinar