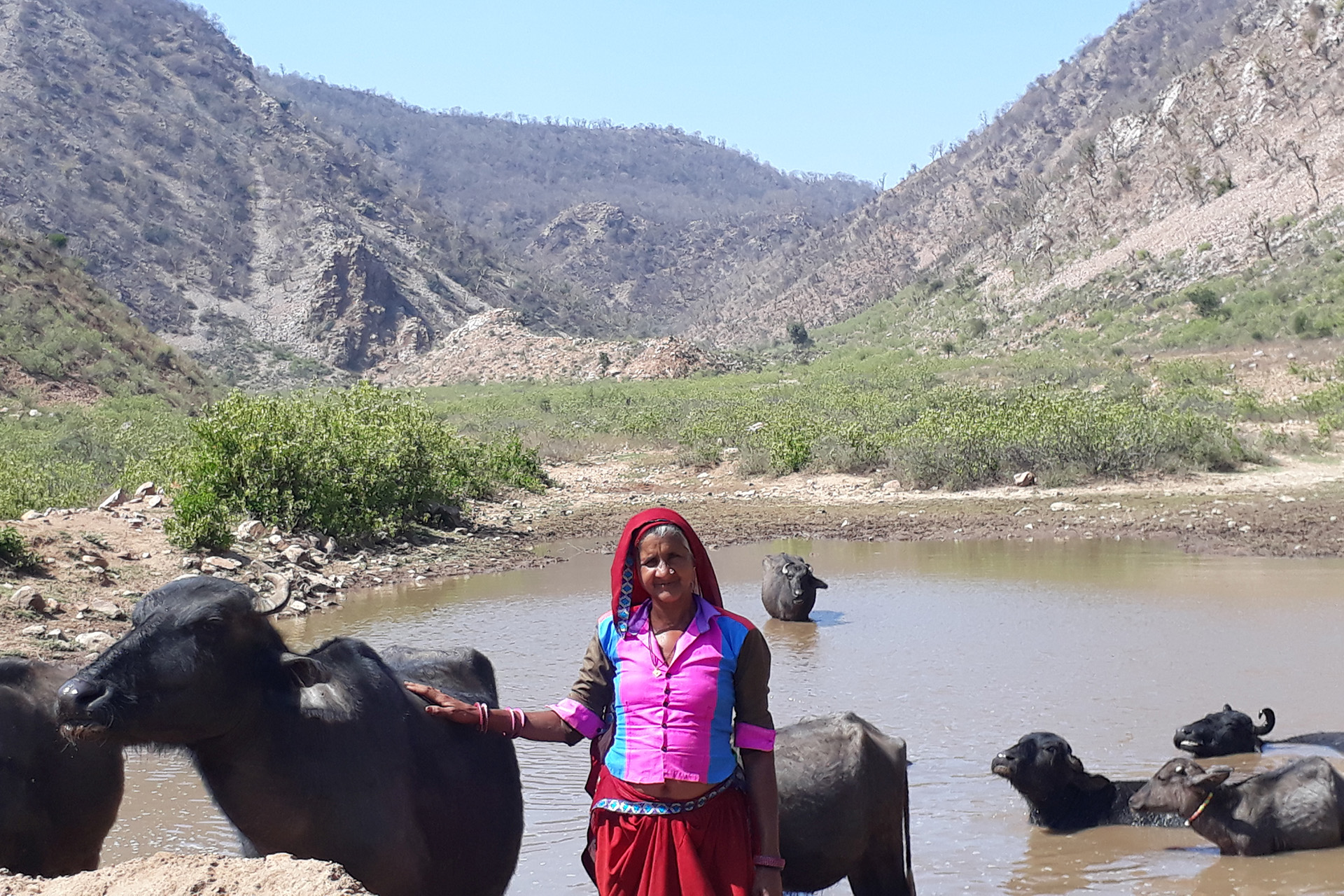 Orans of Rajashtan will also be included as a case study in the upcoming Territories of Life flagship report by the ICCA Consortium.

Orans are sacred spaces, which are rich in biodiversity and usually include a water body. Communities in Rajasthan have been conserving these Orans for centuries and their lives have been intricately linked around these spaces. Orans are also spaces where herders take their livestock for grazing and are places for communal congregations, festivals, and other social events, the performance of which is linked to agrarian rhythms and the continued commitment of the communities towards environmental conservation.

Krishi Avam Paristhitiki Vikas Sansthan (KRAPAVIS), a member of the Consortium, had estimated that there are over 25,000 such Orans spread over 600,000 hectares of land which has been traditionally maintained and protected by the community. Aman Singh, who is also the of the Membership Committee in the Council of ICCA Consortium, shared a brief overview of the documentation and mapping that KRAPAVIS has carried out on over 100 Orans in the Aravalli hills. This also includes providing the context for these sacred groves, the biodiversity, and the communities that are linked to the landscape.

Aditi Veena, who is an architect, presented deeper linkages of the ecology of the Orans with the community and their worldviews. She shares one of the sayings that are common amongst the Gujjar pastoralists in the Alwar region where these Orans are:

She expanded on the methodology behind the extensive surveys and documentation that KRAPAVIS has undertaken and shares key findings of the role of forest being very intimately linked to those who conserve it.

The conversation then delved into one specific Oran, Shree Degray Mataji ka Oran, which is a winter nesting ground for the critically endangered Great Indian Bustard (GIB). 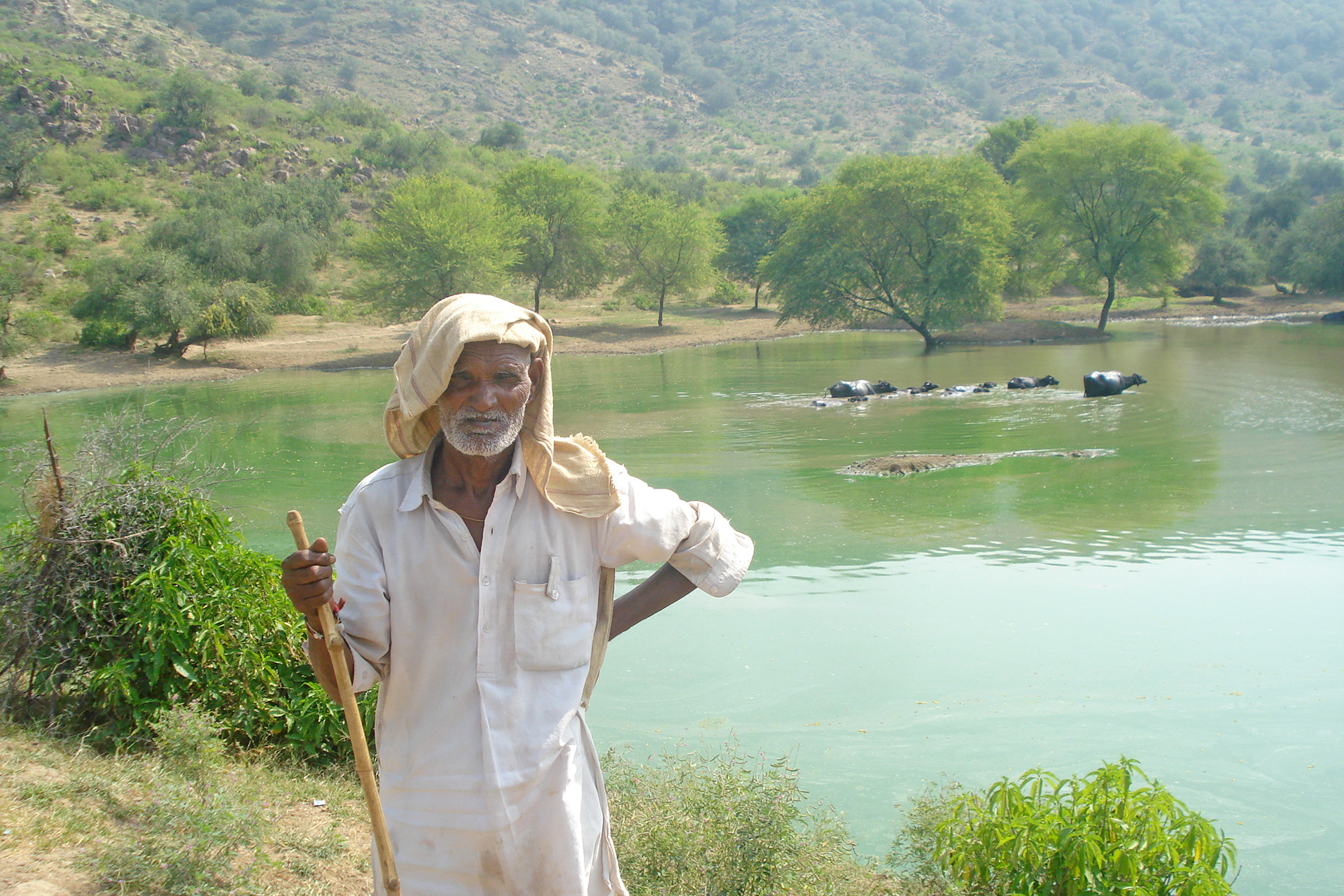 Pastoral communities are dependent on Orans for their sustenance and have been taking their livestock there for generations. Photo © KRAPAVIS

Sumersingh Bhati, who is a pastoralist and a community leader, shared the challenges faced by the community when their Oran land is being encroached by wind farms on three sides and a now-defunct solar farm.

Their lands of Orans are being encroached by power giants who are setting up electrical power grids without the consent of the community. Twelve villages are dependent on these forests in the Oran and most of them practice agro-pastoralism. Sheep, goats, and camels are taken to this land for grazing and a lot of them also depend on this forest to collect non-timber forest produce like medicinal plants as well as fruits and wild vegetables for consumption. The plea for action by the community members went largely unheard until a recent petition in the National Green Tribunal (NGT) forced Rajasthan Government to take action again the violation taking place.

This is yet another example of how large developmental projects destroy biodiversities that have been conserved by communities over centuries. Sumersingh’s testimonials are just an indication of how communities are still resisting and asserting their right over what could only be the way ahead for the future of this planet while private players bulldoze their ideas of ‘development’ on the rest of us.