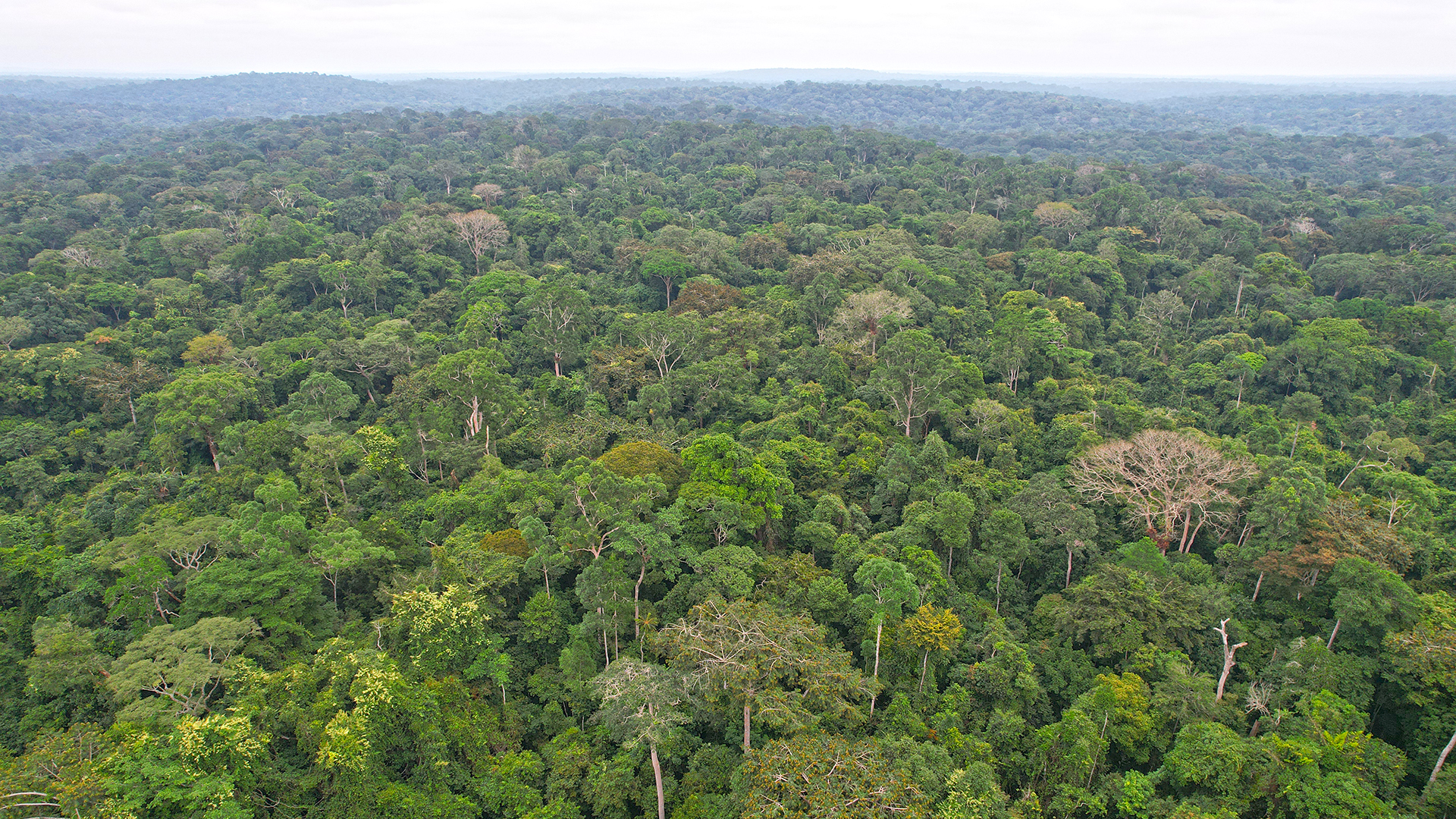 The community has been protecting and nurturing their sacred forest for generations but it is now at risk of destruction, despite the Gabonese government’s commitment to the High Ambition Coalition for Nature and People. The ICCA Consortium stands in solidarity with the community of Massaha as they call on their government to halt the logging and legally recognize it under existing legislation

Like many communities around the world, the Massaha community in northeast Gabon has nurtured and sustained their customary lands and sacred forest for generations through their cultural practices. However, part of their forest is overlapped by a forestry concession belonging to the Chinese company Transport Bois Négoce International (TBNI) and the community is now striving to save their biocultural heritage from logging. As they stated in a formal request to the government in August 2020, the logging risks “destroying all the foundations of our village. We don’t want to be a village without roots and history.”

Gabon is one of the most forested countries in the world and is often considered an environmental leader in the region, known for its low deforestation rates and efforts to develop strong forest protection policies. Acknowledging the opportunity to support this leadership, in 2019, through the Central African Forest Initiative, Norway committed US$150 million to Gabon for the protection of its forests, sending the first results-based payment of $17 million in 2021.

Since August 2020, the Massaha community have upheld their formal request to the Gabonese authorities to declassify part of TBNI’s forestry concession – their customary land, including sacred sites and ancestral villages – and reclassify it as a “protected area in hunting domain” under existing Gabonese legislation. At the request of the Gabonese administration, the village held a general assembly on 28 November 2021 (the third one of its kind), during which the village reiterated their request and proposed a self-determined management plan for the area. At the time of publication, Massaha had still not received a response to their historic initiative from the Gabonese government.

Logging continues to advance to the great dismay of the community, including the destruction of their ancestral villages. The company is about to start the exploitation of the part of the forest which has never been logged and which is home to the village’s sacred sites. This is happening without an environmental impact study, which is required under Gabonese law, as underlined in a June 2021 note from the administration.

READ MORE: “Mixed signals from Gabon officials to villagers fighting to save a forest” – Mongabay, 11 October 2021

On 21 December 2021, the ICCA Consortium sent a letter, thus far without response, to Gabon’s Minister of Water, Forests, Oceans, Environment, Climate Change and Land-use Planning, expressing concern for the current situation and voicing support for and solidarity with the community of Massaha.

Having finished timber inventory in the unlogged sacred forest south of the Liboumba river, TBNI’s immediate next step is to build roads into the area. Given the logistical difficulties of building a bridge across the river, they plan to access the area by opening a currently overgrown road network beginning approximately 20 kilometers to the southwest, traversing the concession of another logging company, KHLL Forestry SA. Without intervention, further road building will be quickly followed by tree felling and the destruction of Massaha’s remaining sacred forest and biocultural heritage.

This is a critical moment in time – a literal crossroads – in which the government can still choose to stop the logging in Massaha’s customary lands, and respond positively to the community’s formal request to recognize and protect their sacred forest. The ICCA Consortium calls on the Gabonese government to act on this historic opportunity, in accordance with their global environmental leadership and international standards and best practice for nature conservation and sustainable development. We also call on all concerned organizations and individuals to join us in this urgent appeal by standing in solidarity with the community and their request for recognition and protection of their sacred forest.

If you would like to express your solidarity and support for the community, please contact: defending [at] iccaconsortium [dot] org.