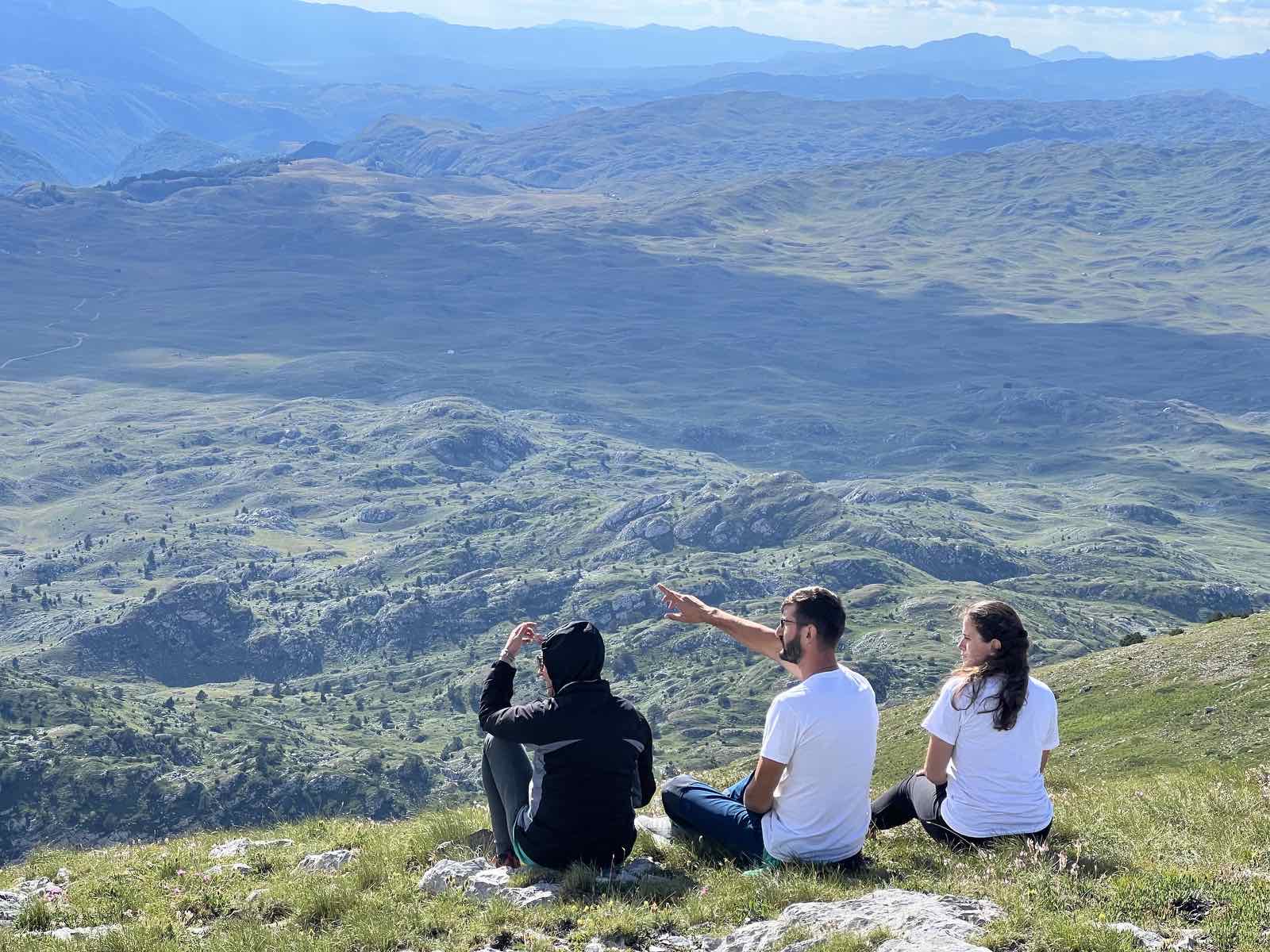 The latest public announcement of the civic initiative Save Sinjajevina, concerning the new moves of the Ministry of Defense and the Army of Montenegro.

By Save Sinjajevina (ICCA Consortium Member)

Save Sinjajevina has assessed that the Ministry of Defense of Montenegro is trying at all costs to implement the disputed and illegitimate decision to establish a military training ground in the highland pastures of Sinjajevina. The new push for the militarization of Sinjajevina territory of life comes after the government of the United Kingdom expressed its support.

In September 2019, the Montenegro government declared Sinjajevina as a military training ground. It was inaugurated with a military exercise by NATO troops that same month.

Now with the help of UK military experts and advisors, the Montenegro Ministry of Defense has started a drive to greenwash the intended militarization of this territory of life into a territory of death and destruction.

Save Sinjajevina has issued a press release about this latest development. The press release states that “While the Ministry of Defense says that the goal of the visit was to exchange experiences, get useful advice and suggestions, with a special emphasis on civil-military cooperation,” Save Sinjajevina sees a “persistent bypassing of domestic scientific institutions and independent international scientific researchers, and ignoring pastoral communities that have been living, using, shaping and conserving Sinjajevina for centuries.”

Save Sinjajevina points out that “there is an attempt by the Ministry of Defense to seize the land from its real owners – livestock farmers, and turn it into a training ground, which contradicts the numerous promises of Prime Minister Dritan Abazović stating that Sinjajevina will not be a military training ground, as well as the efforts of the Ministry of Ecology and the Agency for Nature and Environmental Protection to protect this area.”

Save Sinjajevina also answer to the UK’s ambassador to Montenegro, Karen Maddocks, that we agree that Sinjajevina has beautiful nature. However, Save Sinjajevina sees the ambassador’s attempt to draw a parallel between Salisbury Plain and Sinjajevina as “a complete lack of understanding of the issue because she does not master the matter.”

“The fact that Salisbury Plain has been used for military exercises for a long time cannot be applied to nature conservation in Sinjajevina in any case since in Sinjajevina the presence of pastoralists has assured the present landscapes, ecosystem services, and biodiversity, those same ones that will be hunted away by a military ground, and therefore she misleads the public.”

In the UK, “the country where industrialization and urbanization have almost destroyed wildlife, it could be eventually possible that the prohibition of access to people in the area of ​​Salisbury Plain has provided a certain degree of conservation. In contrast, the Montenegrin mountains, especially Sinjajevina, have remained almost untouched by the processes of urbanization and hyper-capitalist expansion of the Western world, and the biodiversity and richness of this ecosystem are a direct result of the sustainable presence of the people present and their traditional practices (i.e., local communities’ pastoralism), which are the best and only guarantors of its protection and preservation in its present state.”

“At the same time, Montenegro is territorially 17.6 times smaller than Great Britain and does not have the luxury of presenting 120 square kilometers of a unique mountain pasture in Europe, turning it into a training and shooting range, and neglecting its citizens and depriving them of their age-old homes.”

“These experts are sent by the Ministry of Defense of one of the leading members of the NATO alliance, and they cannot in any way be considered an independent and impartial voice of science. Doesn’t Montenegro have the intellectual strength and dignity to manage its resources? Why are the domestic or independent international scientific communities being bypassed? Examples such as Larzac in France and the Dolomiti d’Ampezzo Nature Park in Italy, where scientific research and democratic processes have protected precious nature and people and prevented the devastation of those areas by turning them into military training grounds, are more adequate examples to be compared to Sinjajevina. In the light of this latest attempt by the Ministry of Defense, in cooperation with experts paid by the UK’s Ministry of the Defense that has clear military interests in the area, to implement the decision on the military training ground on Sinjajevina, we cannot avoid recalling our deep doubts about the statements and convictions of the former Minister of Defense Predrag Bošković and other military officials declaring that the training ground of Sinjajevina is only thought for the Montenegrin army.”

At the same time, the Ministry of Ecology and the Agency for the Protection of Nature and Environment proposed Sinjajevina as a protected area and the European Parliament decisively expressed its disappointment that despite the initial progress, the issue of Sinjajevina has not yet been resolved, and that, on the contrary, the present Minister of Defense Raško Konjević upon his return from the NATO summit in Madrid, declared that the Defense Ministry and the Army of Montenegro are preparing military exercises in Sinjajevina.

“How is it possible that the voice of Great Britain, which has left the European Union, is listened to in the first place, while the recommendations and laws of the European Union, with which we are in accession negotiations, are ignored? Why are the Constitution of Montenegro, the Aarhus Convention, the Berne Convention, the Emerald Network, and Natura 2000 being forgotten? Where are the democratic principles and the participation of citizens in deciding on vital life issues.”

Save Sinjajevina recently submitted to the Government and the European Union a petition with more than 22,000 signatures demanding the immediate cancellation of the decision on the military training ground and the declaration of Sinjajevina as a protected area. We also now have a message for the Ministry of Agriculture and the Ministry of Economic Development, which they are asking to urgently address this issue, to publicly state their views on the intention to turn one of the largest pastures in Europe and the most valuable livestock resource of Montenegro, but also a huge tourist potential, into a practice-shooting room for shooting exercises.

“Citizens of Montenegro gathered around the idea of ​​conserving Sinjajevina, and its herders are not a political organization. This civic initiative brings together people of the most diverse political beliefs, but they all share the same understanding of public interest and the common good. They all equally understand the need to protect the nature and resources of Montenegro and respect the rights of Sinjajevina’s traditional dwellers. Our demands are based on the Constitution of Montenegro as an ecological state, EU laws, international conventions, and the principles of true democracy. Supported by numerous citizens of the world and international organizations including World Beyond War, International Land Coalition, and ICCA Consortium, as well as independent scientific researchers and institutions, we will not give up on our legitimate and well-measured demands, democratic rights, and fight for the abolition of the harmful decision on the military training ground and the final protection of Sinjajevina and its people.”

Find the announcement of the Ministry of Defense and Army of Montenegro here.