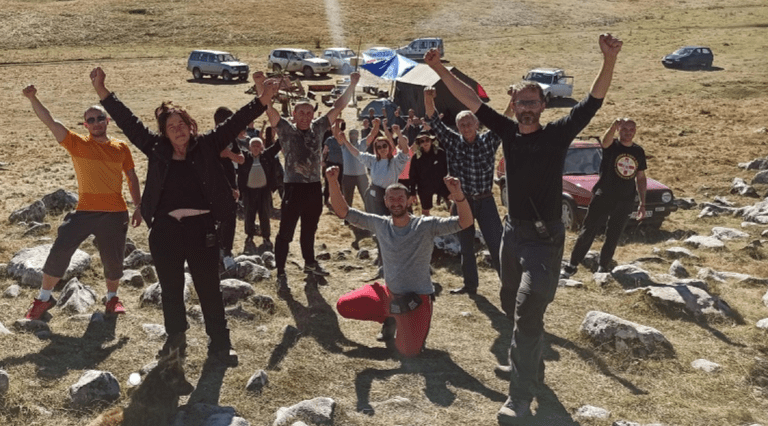 Save Sinjajevina (ICCA Consortium Member) receives the War Abolisher of 2021 Award. This is an important recognition of the struggle and perseverance of Sinjajevina inhabitants against the militarization of their pastoralist territory of life

The Save Sinjajevina (ICCA Consortium Member) association received the first-ever annual War Abolisher Award by World Beyond War (WBW). With this award, the global pacifist organization WBW recognizes the struggle and perseverance of Sinjajevina inhabitants against the militarization of their pastoralist territory of life.

Although Montenegrin shepherds temporarily deterred the military, no national law protects them from a future attempt by the military to take over their pastures.

Save Sinjajevina launches an updated petition (co-sponsored by World Beyond War and Rights’ Land Now) to the EU Commissioner for Neighbourhood and Enlargement and the Ministry of the Defense of Montenegro that you can sign here.

World Beyond War is a global nonviolent movement founded in 2014 to end wars and establish just and sustainable peace. The purpose of the WBW awards is to honor and encourage support for those working to abolish the institution of war itself.

WBW mentioned that the Save Sinjajevina (Građanska inicijativa Sačuvajmo Sinjajevinu in Serbian) is a popular association in Montenegro that has prevented the implementation of a planned NATO military training ground, blocking military expansion while protecting a natural environment, a culture, and a way of life. Save Sinjajevina remains vigilant to the danger of ongoing efforts to impose a base on their treasured land.

In an update, Save Sinjajevina said, a little support from outside Montenegro can make a world of difference. That is why an updated petition to press the European and Montenegrin Government to protect and promote Sinjajevina is launched. Together with the crowdfunding campaign to support the Sinjajevina inhabitants directly.

WBW recognizes that “people in Montenegro have put their bodies in the way and prevented military exercises on their land — an amazing victory! But they need our help to make their success permanent and end all efforts to build a NATO military training ground in the mountains of Montenegro.”