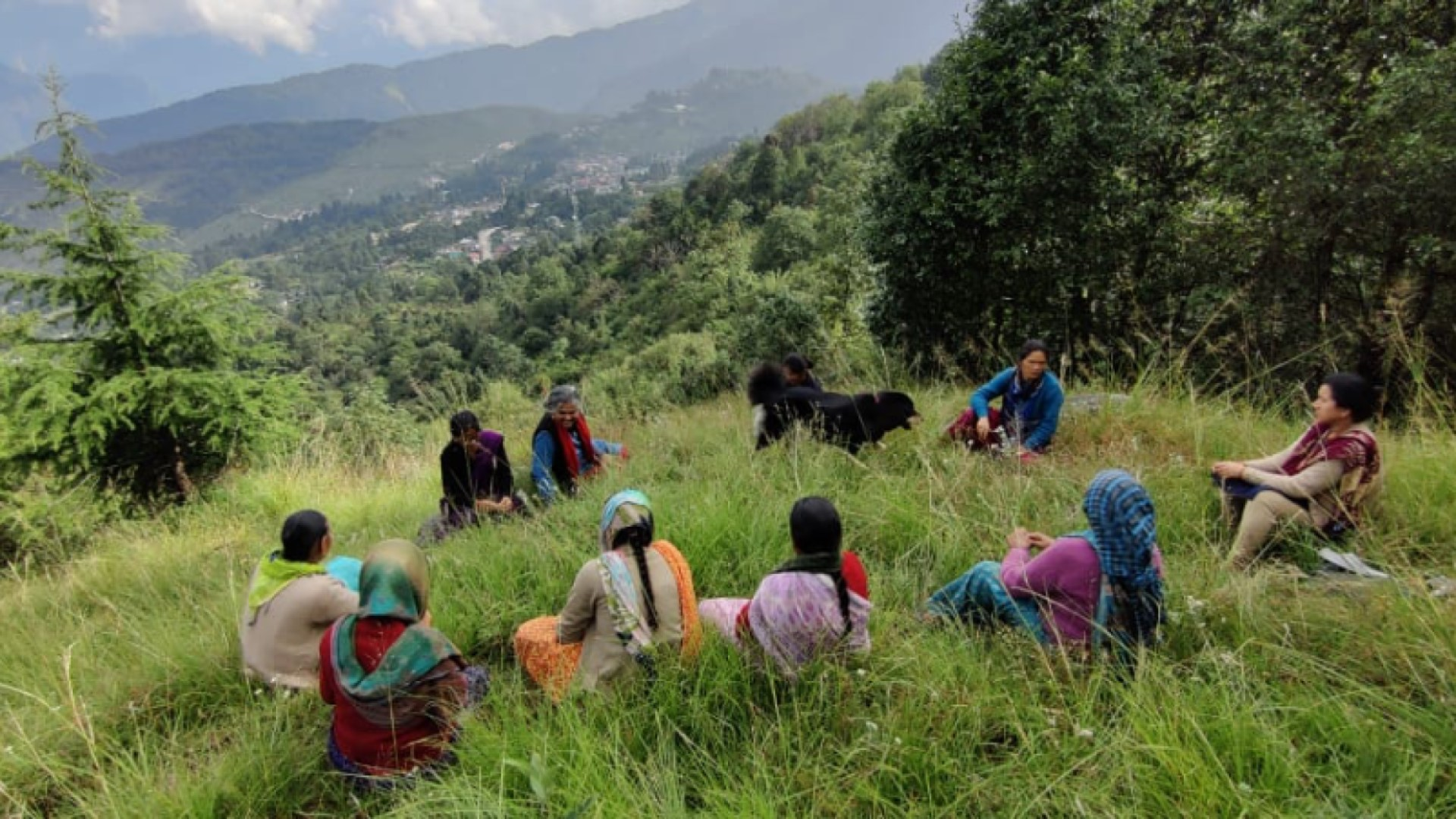 There are innumerable examples around the world of community-based conservation initiatives with unique governance and management systems and the use of traditional knowledge. These efforts have gained recognition on the national level and within global environmental policies, but there is still a huge gap that exists in bringing visibility to Community Conserved Areas (CCAs), especially in the context of South Asia

Kalpavriksh, the South Asia regional coordinator for the ICCA Consortium, in collaboration with Seva Mandir and Metastring Foundation, has developed a web portal (www.communityconservedareas.org), with the objectives of bringing recognition and visibility to Community Conserved Areas (CCAs), providing a space for learning exchanges between communities, and creating an analysis tool to impact policy change.

The development of this portal was detailed in an earlier report and introduced at the 2nd Asia Parks Congress in Sabah, Malaysia earlier this year.

The panelists spoke about the relevance of the portal from the perspectives of the people or institutions that they represent, and they brought to attention different dimensions of the CCA portal.

Dr. Mathur mentioned that developing features supporting interoperability in the portal, which would allow for information exchanges between platforms, would help in expanding spaces for conservation data and dialogue. He also spoke about the 30×30 target as articulated under the Post-2020 Global Biodiversity Framework, and how the information on the portal should be integrated with information on other effective area-based conservation measures (OECMs).

Terence Hay-Edie, situating the portal in a global context and responding to Dr. Mathur’s comments, mentioned that one challenge in attempting the cohesion of various platforms involves the differences in how the data are collected. For instance, the CCA Web Portal is an open-access platform, whereas OECMs would require verified or peer-reviewed data.

Malika Virdi, speaking from the community’s standpoint, stressed that “conservation eventually has to happen between landscapes and people” and that it is important that we build spaces on the portal where stories of resilience by the communities are showcased, along with exploring ways of building synergies with the communities and understanding how they talk to the portal.

Mr. G Thong and Aman Singh echoed similar thoughts about the role of the portal in facilitating peer-to-peer learning exchanges and thinking of the portal as a space that can bring them closer to the conservation community of the world. The need to populate it with data and information and popularize the platform at all levels was a common point that resonated with all the speakers.

After the panel discussion, there was a rich question and answer session where questions around issues such as data verification, dynamism in data updating, accessibility in more local languages, and collaborations for knowledge exchanges between projects and platforms were discussed.

The CCA Portal team, having built a steady foundation, now look to expand towards collaborating with other countries in South Asia, in addition to making the platform more useful by populating it with more data, especially data that is garnered through community participation. Plans also include developing map overlays, building a resources section containing laws and policies relevant to CCAs, and developing aggregation tools that give an overview of the state of CCAs and help in evidence-based advocacy.