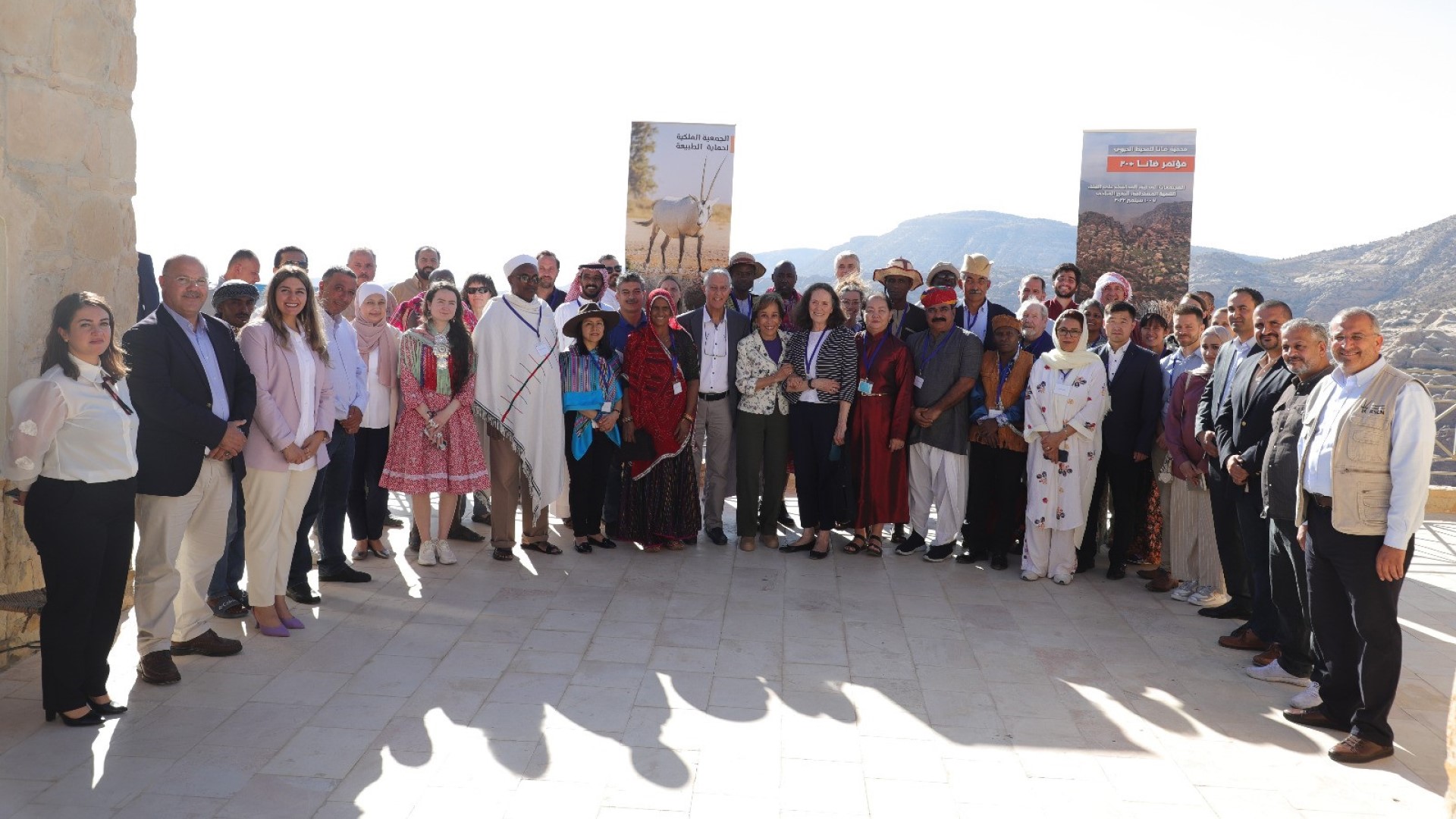 The manifesto is a call to action for governments, conservationists, businesses, and other stakeholders and duty-bearers to recognize and respect the rights of Mobile Peoples and to deepen mutual understanding about the place of mobile ways of life in the future of our world. It was issued after a four-day meeting on the 20th anniversary of the Dana Declaration on Mobile Peoples and Conservation

By Nahid Naghizadeh, CENESTA (ICCA Consortium Member and host of the regional coordination team for West and Central Asia and the Caucasus)

The event was held in cooperation with local, national, regional, and international organizations such as the Royal Society for the Conservation of Nature (RSCN, Jordan), the Faculty of Geography and Environment of Oxford University, the World Alliance of Mobile Indigenous Peoples (WAMIP), the World Wildlife Fund (WWF), and the IUCN World Commission of Protected Areas (IUCN WCPA), along with other concerned local and national institutions.

Representatives of WAMIP, concerned practitioners and academics, and representatives of Mobile Peoples from around the world – including Mongolia, Malaysia, India, Iran, Jordan, Sweden, Nigeria, Cameroon, Kenya, Tanzania, Namibia, and Peru – came together to discuss shared concerns.

Two representatives from Iran working with the Centre for Sustainable Development and Environment (CENESTA) and the Union of Indigenous Nomadic Pastoralists (UNINOMAD), both Members of the ICCA Consortium and WAMIP, actively participated in this event.

They participated in various consultation sessions at the event. They emphasized promoting the role of mobile pastoralists in the preservation, sustainable use, and restoration of rangelands, conservation of their bio-cultural diversity, and recognition of their territories of life.

What emerged from the meetings was the Dana+20 Manifesto on Mobile Peoples, a call to action for governments, conservationists, environmentalists, corporations, and international stakeholders and duty-bearers to recognize and respect the rights of Mobile Peoples and to deepen mutual understanding about the place of mobile ways of life in the future of our world.

The Dana Declaration on Mobile Peoples and Conservation was finalized in Wadi Dana, Jordan, in 2002 in response to forced evictions of Mobile Peoples – including Indigenous, traditional, nomadic, and tribal peoples –from their homelands around the world in the name of environmental conservation. It established vital principles to ensure that conservation policies respect the rights of Mobile Peoples and work together with such Indigenous and traditional communities to maintain the earth’s ecosystems and biodiversity.

Now, 20 years later, delegates met again in Wadi Dana to take stock of progress as well as the continuation and exacerbation of challenges to their territories of life and mobile lifeways, including ongoing forced evictions, land grabbing, and enclosures due to mineral extraction, agri-business, renewable energy development, conservation, tourism, international conflicts, and the securitization of borders. New challenges were addressed, including the impacts of climate change, exacerbated by ongoing emissions from the global use of fossil fuels.

The event also critically engaged with the role of research and the nature of research collaborations with Mobile Peoples, emphasizing the development of equitable partnerships.

Invitation to the virtual workshop on “rangelands and pastoralism: towards a global initiative for pastoralists’ territories of life”

Pastoral communities’ territories of life in Asia: Tales of coexistence