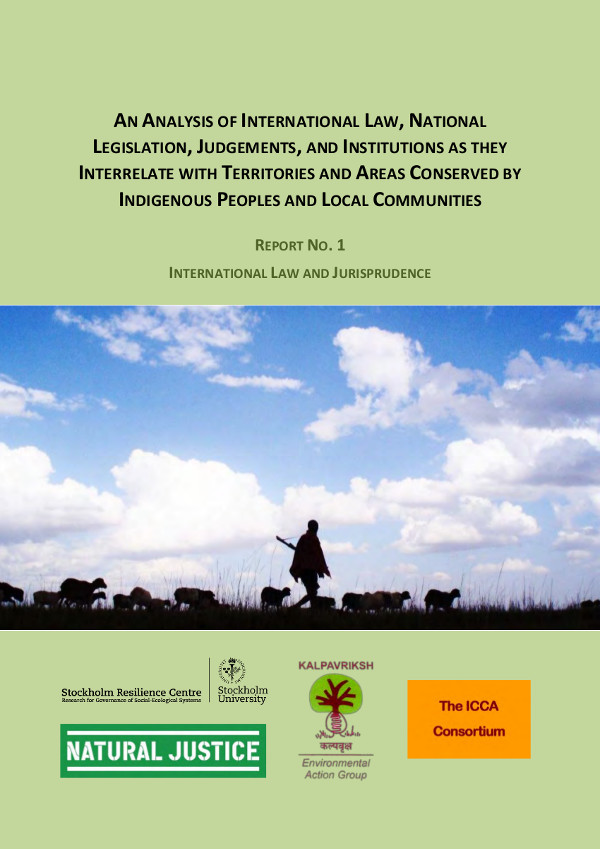 This report is part of a larger study conducted by the ICCA Consortium between 2011-2012, which also includes 15 national level legal reviews. Taken together, these reports collectively provide the basis for an analysis of the interaction between a) international law, national legislation, judgements, institutional frameworks, and b) Indigenous peoples’ and local communities’ conserved territories and areas (ICCAs).