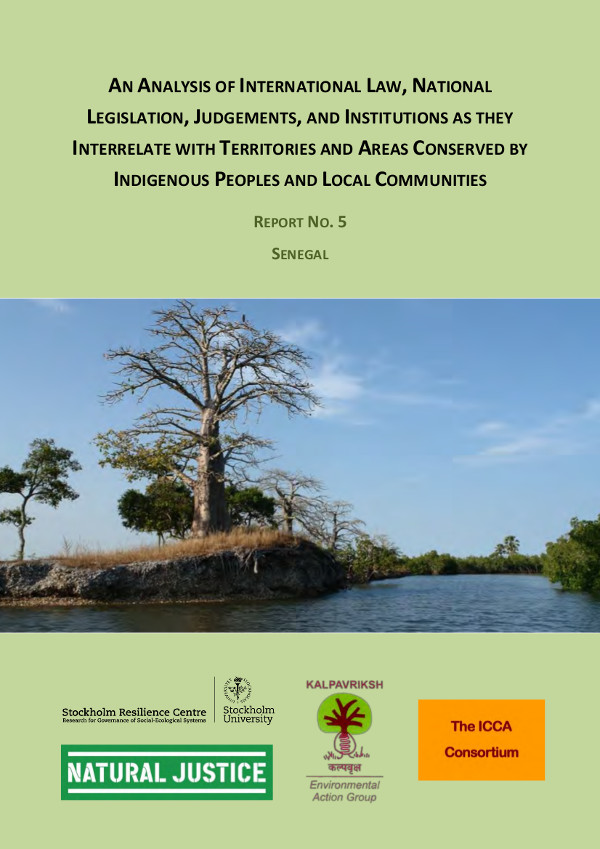 Transgressions of these rules could even be punished by death in view of the crucial importance of natural resources as sources of goods and services, and their role in local beliefs systems (sites for worship, etc.).

The convergence of local concerns with economic and environmental considerations facilitated the adoption of a colonial Decree on 4th July 1935, which set the Forest Management Plan in French-speaking Africa. In this way, the State created its conservation services and most protected areas. Post-independence (1960), however, management has not always resulted in conservation of natural resources. The rural population got progressively separated from traditional practices and natural resources, which led to frustration, while illegal activities gained ground over the years. The National Propriety Law No. 64-46, dated 17 June 1964, and its implementing regulations (Decree No. 64-573 dated 30 July 1964 and Decree No. 72-1288 dated 27 October 1972) actually caused a revolution in the rural areas by removing landowners and transferring the land to its real users. Natural resources were, at the same time, nationalised.