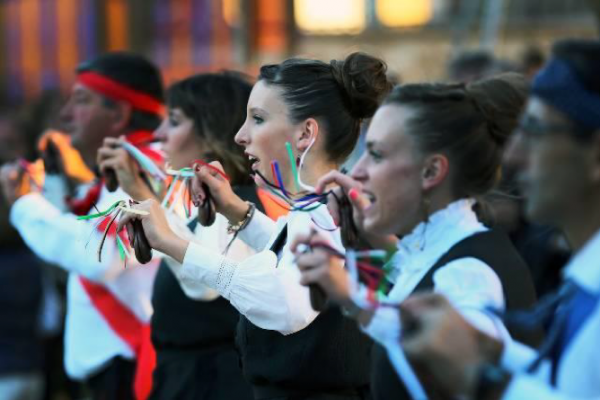 On October 4-6 2013 the ICCA Consortium held a major meeting and its VIth General Assembly in Valdeavellano de Tera, province of Soria, Spain. This spectacular location was selected by the local ICCA Consortium staff as it offered numerous examples of ICCAs where excellent community forest management practices have been occurring for generations. The Consortium participants in the GA did visit some such ICCAs involved in the ‘Montes de Socios’ project.

During the first day of the meeting, 33 participants— including ICCA Consortium Members, Honorary members, Steering Committee, staff and observers— shared experiences based on their work in their conserved areas and territories. Colorful pictures, lively videos, and testimonies were included in presentations by representatives from countries as diverse as Democratic Republic of Congo, Iran, Bolivia, Croatia, Niger, Canada, The Philippines, Madagascar, Italy and Taiwan, province of China. The presentations pointed at the different struggles that peoples and communities need to engage in to defend their territories and their rights to autonomy. A general review on ICCAs was given by the Consortium’s Global Coordinator, describing the threats that many ICCAs have to face, and the responses to such threats that the communities themselves are providing, the ones provided by international policy – notably recent decisions under the Convention on Biological Diversity – and the ones provided by some national governments.

The morning of the second day was occupied by a field visit, and the afternoon by separate meetings focusing on topics of specific interest to different Members. For instance, some focused Page 4 on EU policy affecting ICCAs recognition in Europe. One of the conclusions of such a meeting was the need to organize a stronger ICCA network at European level and reinforcing knowledge of, and support to, ICCAs in major European countries such as Germany, Greece or France.

The GA’s main session on October 6th unfolded through a long and hard-working day, which provided room for discussion of the Consortium’s program (via regional and country-based reports), membership, communication system, financial resources (via the Treasurer’s report), current fundraising, etc. Some time was dedicated to a revision of the Statutes – mostly to satisfy the requirements for official registration in Switzerland – and the election of the new Steering Committee. Most members of the new Steering Committee had previously played that role except one: Dominique Bikaba, from the Democratic Republic of Congo.

A welcome break in the day was provided by local dancers from different generations who performed several kinds of traditional dances and music in the village’s main square, generating a great moment of conviviality. After ending their meeting at nearly 10:00 p.m., the participants still had the energy to organize a lively cultural evening, sharing some of their ‘histrionic’ talents: some played guitar, some did storytelling, some sang, some recited poetry…

The GA had expected to also review the priorities of the ICCA Consortium for 2014 and a Strategic Plan 2014-2018, but this was not possible on October 6 for sheer lack of time. People wrote down their priorities, however, and those were discussed the next day in the bus taking the participants back to the airport. In a feat of engagement, Simone Lovera of Global Forest Coalition even managed to compile the priorities while still in the bus (amazing work!). The different areas mentioned for future priorities included:

 Food sovereignty as it relates to ICCAs

 Commonalities in spirituality and ethical values among ICCA supporters

On the basis of the compiled document prepared and shared by Simone and comments provided via mail, the Global Coordinator shortly afterwards prepared, distributed and received further comments on a document entitled “ICCA Consortium – Strategic considerations for 2014-2018”. The document is currently been used as basis to submit proposals to donors and partners.

New bonds between the ICCA Consortium and the Spanish local communities

The GA in Valdeavellano de Tera was a milestone for ICCA recognition in Spain and Europe. For the first time, representatives of different federations and associations of Spanish local communities managing common lands and seas met and agreed to fight together for the recognition of their current and historical contribution to preserve the social, economic and environmental values of their land, water and natural resources.

Usually, organizations and associations of local communities feel quite isolated and lonely. As they work almost exclusively in the context of their sectoral issues (fisheries, forestry, etc.), they have to explain and defend their values and attitudes related to “governance”, “social sustainability” or “common rights” to local and regional governments and national or multinational companies… not among the most sensitive actors about such topics.

Thanks to the meeting of the ICCA Consortium, however, these communities now feel that they are part of a global community and were surprised to notice that local needs and struggles can be very similar in Galicia, Soria, Taiwan or the Democratic Republic of Congo. In Valdeavellano it was clear for everyone that we must learn from and help each other. Being part of the ICCA Consortium is a great way to do so, while enhancing our capacities and building up a synergy with everyone else.

The meeting in Valdeavellano gathered representatives of the main three kinds of common forests recognised under Spanish law: the association of “Neighbour Common Forests”, several presidents of “Communal Forests” and organizations and representatives of “Montes de Socios”. In addition, RECOPADES (representing Spanish artisanal fishery communities), AGRAMAR (representing shellfish-gatherer guilds) and LONXANET – with an astonishing background on artisanal fishery governance –supported and contributed strongly to organize the meeting. In representation of pastoral communities, there were delegates of the “Spanish Association of Shepherds”, the association “Transhumance and Nature” and the Foundation “Entretantos”, working at national level to protect and recover extensive livestock management and the traditional “migration roads” along Spain. Other key actors attending the meeting were the National Federation of Hunting Societies (UNAC), delegates of associations related with participatory rural development, such as “Heliconia” or “Micorriza”, researchers on the commons in Spain and very important conservation NGOs such as “SEO/BirdLife”. All these organizations are used to work at a sectoral level, meaning that each of them tends to focus only on its field of expertise (forestry management, fishery governance, transhumance added values, etc.). Times are changing, however, and all of them increasingly recognise that their own goals, threats and needs are the same of other communities and organisations that live from, and enjoy managing and protecting, their common lands, seas and natural resources.

One of the results of the meeting in Valdeavellano was the creation of an organization under the name of “Iniciativa Comunales”. The “Declaration of Valdeavellano de Tera” was also issued. The declaration is currently under participatory revision, gathering support beyond the initial signatories. And a roadmap has been produced, to outline a common strategy for the future.

For more information, visit the webpage dedicated to this event.