The main gathering of the Consortium in 2013 took place on October 3-7 in Valdeavellano, a small rural community in the province of Soria, central Spain. The meeting began with a full day to discuss technical issues of relevance for ICCAs (mutual learning and exchanges of ideas and skills).

It continued with field visits with Spanish colleagues to a few examples of common governance of natural resources in Spain. The actual VIth General Assembly (GA) of the ICCA Consortium took place on October 6th. Most Members and Honorary members attended in person but only a few could connect via Skype (the connection was not as good as expected).

As part of the General Assembly, a number of reports were discussed – including in depth country reports on ICCA progress, reports on current and past initiatives, the membership, the financial status and resources, the communication system, etc (see sections below).

A strategic outlook – with priorities and key activities for 2014 were developed at the meeting. Elections for a renewed Steering Committee also took place.

Here you can get an impression of the VI General Assembly: 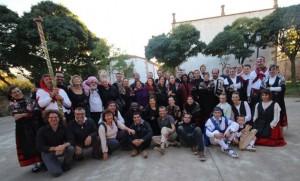 The AGENDA of the IV General Assembly: 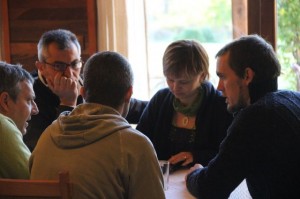 From October 8-10, the Consortium joined forces with WILD 10 in Salamanca to organise a number of events as part of the WILD10 Indigenous & Community Lands and Sea Forum. Please read more about this in this dedicated page.

The OVERALL AGENDA of the 2 meetings – which took place back-to-back: 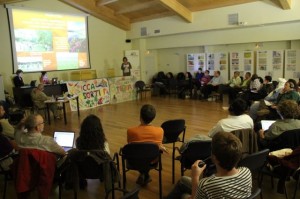 The PRESS release on the IV General Assembly: 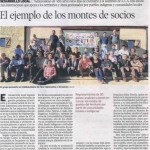 Valdeavellano de Tera, Soria – Valdeavellano de Tera, a little village with 205 inhabitants located at the outskirts of “Sierra de Urbion y Cebollera”, and will play host for the ICCA Consortium [1] VI General Assembly, bringing Members and Honorary members from all corners of the world to attend. .

The ICCA Consortium has strong links with Spain as it was born in Barcelona in 2008, on the occasion of the well-known World Conservation Congress. Given that Valdeavellano de Tera is famous for its good environmental governance, from October 3-7, 2013, this international association of local communities, indigenous peoples and NGOs, will hold their VI Annual Assembly in the Province of Soria.

This is a region with many “Montes de Socios”, an old collective governance model covering 89,679 ha and involving thousands of local co-owners only in Soria province. This model has been very successful in terms of biodiversity conservation and equal sharing of resources over the centuries, but is currently facing nowadays severe problems related to depopulation, loss of traditional culture and lack of legal recognition. Fortunately currently AFOSO is developing an impressive project called “Montes de Socios” aiming to gather and update all related documents involved in their collective property and management, get together all people involved (who have actually emigrated) holding rights to this type of collective property and management, as well as to successfully promote the recovery of many “Juntas Rectoras”, the traditional governance bodies in Montes de Socios. 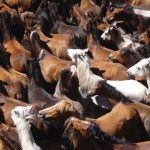 Currently, there are other areas around the world that have been traditionally conserved by the locals – also known as ICCAs – that face several different threats and that are in urgent need of strategies to ensure their conservation, not only because of the biodiversity in the area but also the cultural diversity associated. Among the main threats to ICCAs identified in Europe are, i) widespread privatization of public land; ii) poor EU-acknowledgement of community-led conservation and sustainable livelihoods; iii) domination of party politics and vested interests in administration; iv) rural depopulation and low market value of rural products (timber, meat, crops, etc.).

The visit of ICCA Consortium representatives to the local experience in Soria intends to share the experience on how some Spanish local communities have faced the survival of their common managed lands and related governance bodies in a context of depopulation and lack of recognition and serve as an example for other ICCAs to face similar threats, some of which are global.

In parallel to the ICCA Consortium General Assembly, a meeting on Spanish Common Uses will be held, with representatives of traditional fisheries, common forests federations, extensive pastoral organizations, hunting societies, NGOs and academics to develop common strategies and synergies at national level in order to support, study and spread the social, economic and environmental values of Common Management in the Spanish territory.

After this meeting in the Soria province, some ICCA Consortium representatives will go to Salamanca to attend the 10th Wilderness Congress (WILD-10), a meeting that aims at finding ways to make the world a wilder place! [2]

[1] The ICCA Consortium is an international association dedicated to promoting the appropriate recognition of and support to ICCAs (Indigenous Peoples’ and Community Conserved Areas and Territories) in the regional, national and global arena. It is comprised of Members (Indigenous People Organisations (IPOs) and Community-based Organisations (CBOs) and civil society organisations working with IPs/LCs) and Honorary members (individuals with relevant concerns and expertise relating to ICCAs). As a global institution, the Consortium is collaborating with the CBD Secretariat, GEF SGP, UNEP WCMC, IUCN, research and advocacy organisations, and UN mechanisms promoting human and IP and LC rights. [2] For further information on WILD-10 please go to http://wild10.org