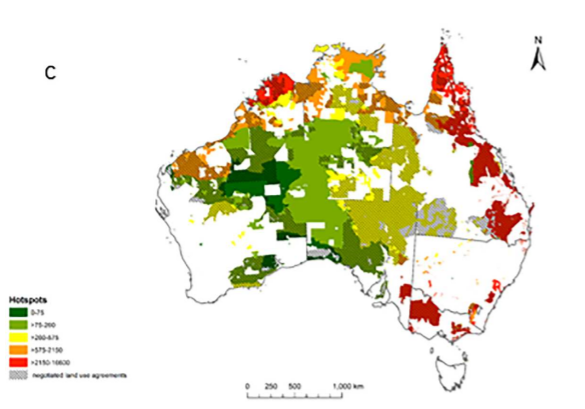 Much biodiversity lives on lands to which Indigenous people retain strong legal and management rights. However this is rarely quantified. Here we provide the first quantitative overview of the importance of Indigenous land for a critical and vulnerable part of biodiversity, threatened species, using the continent of Australia as a case study. We find that three quarters of Australia’s 272 terrestrial or freshwater vertebrate species listed as threatened under national legislation have projected ranges that overlap Indigenous lands. On average this overlap represents 45% of the range of each threatened species while Indigenous land is 52% of the country. Hotspots where multiple threatened species ranges overlap occur predominantly in coastal Northern Australia. Our analysis quantifies the vast potential of Indigenous land in Australia for contributing to national level conservation goals, and identifies the main land management arrangements available to Indigenous people which may enable them to deliver those goals should they choose to do so.