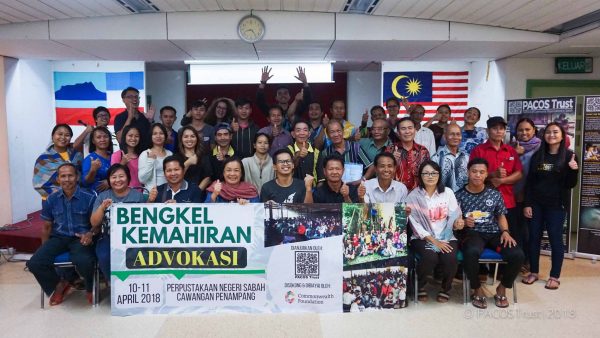 The State of Sabah in Malaysian Borneo is one of very few jurisdictions in the world with three parallel court systems: civil courts, native courts and syariah (Islamic law) courts. When Indigenous peoples in Sabah face conflicts over land and environmental issues, they are usually directed towards the civil court system, as the native court system is mostly reserved for family and inheritance issues. However, state laws on land and the environment are limited in their recognition of native customary rights and customary law (adat). With the support of ICCA Consortium Member PACOS Trust (Partners of Community Organisations in Sabah), five Indigenous communities in Sabah have been documenting their community protocols on adat and their ICCAs and engaging with High Court judges and native lawyers to improve recognition of these protocols in both court systems.

With initial seed funding from the Global Forest Coalition (as part of the Community Conservation Resilience Initiative) and subsequent funding from the Commonwealth Foundation since 2015, PACOS Trust has been undertaking a project that aims to increase the resilience of Indigenous peoples’ customary institutions and natural resource stewardship systems through constructive engagement with decision-making processes that affect them. The 3.5-year project has supported five Indigenous communities to document their traditional practices and stewardship systems, strengthen local and international networks, and engage with policy- and decision-makers to improve respect for their practices and native customary laws. The five communities involved are the Murut Tahol from Alutok, Tenom; the Tombonuo from Sungai Eloi, Pitas; the Dusun from Terian, Penampang; the Dusun from Kiau, Kota Belud; and the Sungai Rumanau from Mangkawagu, Tongod. The communities consolidated their documentation efforts into community protocols, which will be used as an internal guide for the communities and as a negotiation and advocacy tool with stakeholders such as government agencies and companies regarding activities affecting their traditional territories and ICCAs.

Most recently, from 10-11 April 2018, PACOS Trust organised an advocacy skills workshop for representatives of the five communities. The workshop aimed to improve the knowledge, capacity and understanding of the communities in negotiation processes, particularly in effective advocacy and presentation of community views to build mutual understanding and resolve conflict, and also to strengthen their awareness of the importance of traditional leadership and governance. Through an innovative “Advocacy Market” format, community participants were exposed to various advocacy skills ranging from artistic expressions through mainstream and social media, film, photography, and story-telling to more formal channels such as forums, petitions, mediation and litigation by individuals with expertise and experience in each field.

A highlight of the workshop was the keynote speech by the Chief Judge of Sabah and Sarawak, Tan Sri Datuk Seri Panglima Richard Malanjum. Tan Sri Malanjum emphasised the importance of Indigenous peoples securing their territories and retaining their cultures and adat (customs) as without adat, they will lose their identity. He also reminded the communities that even though they are up against powerful forces, they should stay strong and united in negotiations with external stakeholders.

Another highlight of the workshop was the five communities’ presentation of their community protocols to Tan Sri Malanjum and to the chairman of the Native Laws, Materials and Cases Committee, Datuk Douglas Cristo Primus Sikayun (also a recently retired High Court Judge of Sabah and Sarawak), who had together written and officially signed a foreword for the protocols. A few government officers and native chiefs were also in attendance for these presentations. The communities spoke about their traditional customs and practices as well as their challenges and hopes for the governance and management of their territories and natural resources before presenting the signed copies of their protocols to Tan Sri Richard Malanjum and Datuk Douglas Cristo Primus Sikayun.

The second day of the workshop opened with a presentation by a native lawyer on mediation as an important form of alternative dispute resolution. The community participants took part in a mediation role play activity to put their negotiation skills into practice and to better understand how a mediation process involves multiple rights-holder and stakeholder perspectives, including company managers, government officers and community leaders, youths and elders. At the end of the workshop, participants developed plans and strategies for engaging with stakeholders, especially politicians and political candidates as Malaysia’s 14th General Election draws near.

The five Indigenous communities’ work on documenting and protecting their ICCAs and adat will continue as part of the ICCA Global Support Initiative (GSI), which is supported by PACOS Trust and the GEF Small Grants Program in Malaysia. 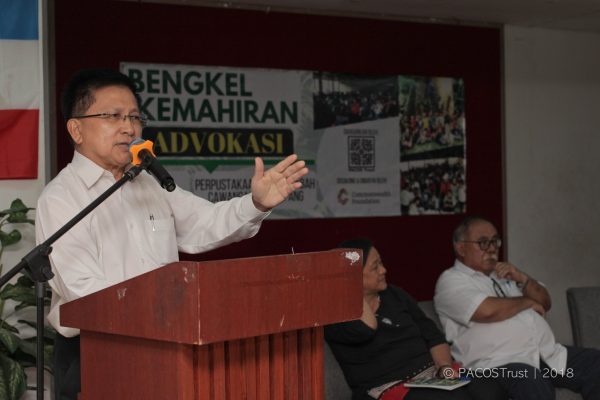 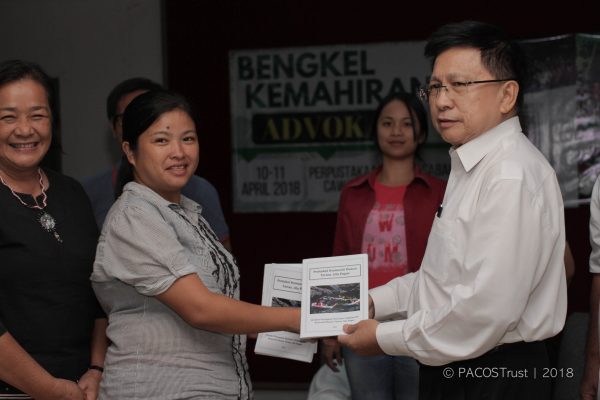 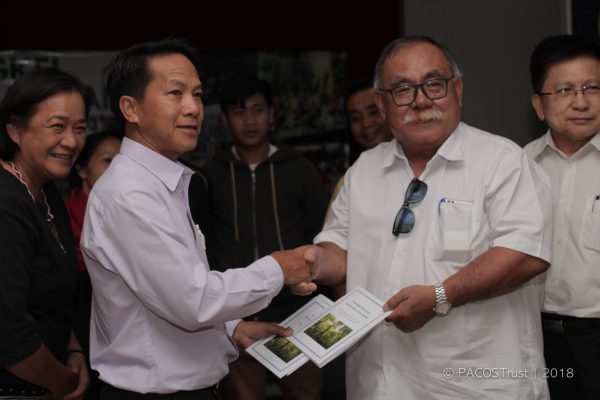