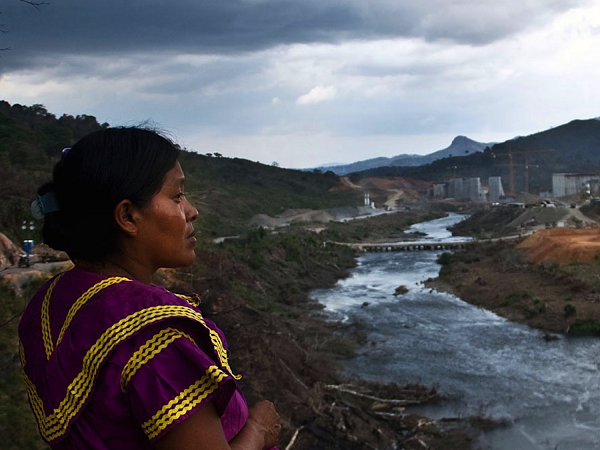 Indigenous peoples and local communities are both the first and the last lines of defence against threats to their collective territories and areas, particularly from industries such as agribusiness, mining and infrastructure. They face intimidation, harassment, criminalisation, physical attacks and even murder for standing up against unwanted activities that harm both their communities and territories and the nature on which we all depend. These existential threats have both individual and collective human rights dimensions and concern the full range of economic, social, cultural, civil and political rights.

In response to requests from our Members and Honorary members to focus more explicitly on tackling such threats, we worked with the membership from 2017-2018 to develop a policy and a preliminary action plan on “Defending Territories of Life and Their Defenders”. The policy was adopted at the ICCA Consortium’s XIIIth General Assembly (Bishoftu, Ethiopia, November 2018), coinciding with the 20th anniversary of the adoption of the UN Declaration on Human Rights Defenders. It will be available online in January 2019 after undergoing final revisions to the text and French and Spanish translations. The preliminary action plan will be further developed with the membership (if you would like to provide inputs, please contact the International Policy Coordinator, Holly Jonas).

Under this policy, the ICCA Consortium, with all its means and capacities and in collaboration with strategic allies and partners, will strive to:

(a)  Actively defend ICCAs—territories of life from harm, particularly from externally driven natural-resource intensive activities, in full concert and solidarity with their custodian indigenous peoples and local communities;

(c)  Enhance the capacities of its Members to recognise and stand up to threats and harms to territories of life and their defenders, including by facilitating access to practical mechanisms and tools to secure their rights, continue their work without interference and harm, monitor compliance, and seek redress and justice in the case of violations;

(e)  Advance global, national and local systems of rights and responsibilities and foster enabling policy and legal environments in support of territories of life and their defenders, including through multiple complementary forms of legal and non-legal recognition and support.

The ICCA Consortium is in the process of forming a voluntary working group to coordinate and oversee this policy and action plan, with representatives of Members from the different regions to ensure it responds directly to their needs. In light of our capacities, we intend to carry out the work in close collaboration with partner organisations, networks, social movements and related initiatives, as appropriate.

In parallel with developing the policy, we have been reaching out to other organisations and networks to better understand the civil society and intergovernmental landscape and explore potential partnerships. Examples include: