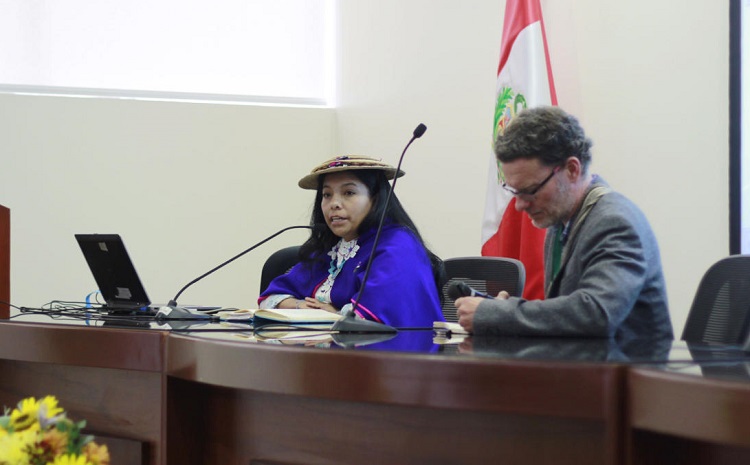 By Eleonora Fanari, researcher at the Institute of Environmental Science and Technology of the Universidad Autónoma of Barcelona (ICTA-UAB) and collaborator of ICCA Consortium Member Kalpavriksh

How to manage our ‘commons’? The management of natural resources has been a large and far-reaching dilemma for the past hundred years. While some argue that States should control natural resources to prevent their destruction, others recommend privatization to solve the problem. However, we have seen both models fail to respond successfully to what has been called the ‘tragedy of the commons’.

Wide-ranging discussions on this common dilemma were the focus at the 17th Biennial Conference of the International Association for the Study of Commons (IASC), entitled ‘In Defense of the Commons: Challenges, Innovation, and Action’. Hosted by the Catholic University of Lima, Peru, the Conference brought together scholars, practitioners, and policy makers to debate the role of the commons in the globalized world. During the week of July 1-5, 2019, the participants worked together to analyze such concerns as climate change, ecosystem resilience, and sustainability through the lens of the commons, and to explore possible governance structures, along with alternative solutions.

The conference opened with a keynote speech by Fiorenza Micheli, a marine and conservation ecologist from the Hopkins Marine Station of Stanford University, who talked about the role of small-scale fisheries in coastal livelihoods, as well as the vulnerability and adaptive responses of these ecological systems to climate change and other threats. The word sustainability was at the heart of her message, and it remained at the center of discussions throughout the conference. In five days of meetings, multiple panels addressed issues concerning common practices and experiences, women tenure security and the commons, as well as examples of new international policies that have been implemented in different areas around the world, aimed at solving the loss of biodiversity; for example: payment for ecosystem services (PES) and REDD+ performances. In light of the growing economic and power inequalities we see in the world, the IASC global conference 2019 in Lima offered the delegates an opportunity to engage with issues affecting several fascinating parts of the world, including the Andes, the Amazon, and the Pacific, where many natural resources currently managed by ethnic communities are under threat of privatization or State appropriation.

Indeed, as discussed by Raquel Neira, from the Universidad Autónoma de Barcelona, in Peru alone, there are 92 ongoing environmental conflicts, as recorded by the EJAtlas.  The great majority are related to extractive industries such as mineral ores and fossil fuel. Many of the participants expressed their appreciation that the conference was held in Latin America:  “In Latin America, we are in a moment of Neoliberal attack, which has been legitimated with the coming in power of Bolsonaro. There are real threats on livelihoods, hence it has been strategically important to have over here a concentration of thinkers bringing into discussion subjects such as changing the policy on land use, conflicts and mining” argued Jazmin Gonzales Tovar of Brazil, who works with CIFOR Peru. Although mining, illegal logging and narco-trafficking continue to be major threats to the commons, several panels also identified many positive and transformative actions. These include local initiatives to regenerate bodies of water, the rights and collective actions of women, and projects such as cacao cooperatives and other agribusiness activities developed to supplant the illegal production of cocaine.

Wrays Pérez Ramirez, Pamuk (President) of the Autonomous Territorial Government of the Wampi Nation since November 2015, discussed other positive political changes. Under his leadership, the Wampis Nation joined the ICCA Consortium in 2017, becoming one of the positive examples of areas and territories conserved by indigenous people and local community (ICCA-territories of life), located in the northern part of Peru. “Without our planet we are nothing; the Earth is getting warmer and we all need to do something for our nature: time is water” says Perez speaking about their intricate relationship with their territory and the importance of protecting the planet. He concluded “we are not against our state, but we want to exercise our right to follow our own path of development”. In line with his words, Peruvian Congressional Representative Tania Pariona talked about the need to create a pluri-national law and institute parliamentary representation for every indigenous nation, as a means of giving more autonomy to all communities to decide on their own futures. Along with practitioners, activists, and scholars, the conference included policy makers and international institutions, such as the IUCN (International Union for Conservation of Nature) and the CEESP (Commission on Environmental Economic and Social Policy). They participated in a multi-stakeholder dialogue on the theme of Equity Rights and Governance called A Key for Conservation in Indigenous Territory, which highlighted the intricate relationship between humans and nature. The panel shone light on the challenges facing conservationist policies, but it also stressed the importance of including different viewpoints, which –although often contradictory- could lead to collaborative solutions in the future. Several panels identified the need for political changes in the current management of indigenous and traditional territories, not only in the context of Latin America, but all over the world. For instance, representatives from India spoke of transformative changes (along with continuing challenges) among local communities in India, as they seek to manage their resources and struggle to get their land rights recognized.

The audience members expressed their appreciation of the inclusion of policy makers and the intersectionality of the panel: “It has been very interesting to see how policy makers and international organizations are integrating the discourse of the commons. This would not have been possible 10 years ago,” said Monica from the University of Bogotá. However, she also pointed out the need to bring more social movements to the table. “It would have been interesting to allow more intersectionality between institutional government and social movements. Without social movements, government and institutions remain incomplete,” added Marina Londres from CIFOR Brazil.

Overall, the conference was a great learning experience and a rare moment of open exchange among the different stakeholders. Akiko Ikeguchi from the Yokoama National University of Japan said, “The conference was a real opportunity to share both in a formal and informal way about our work and discuss about so many different things. It was absolutely worth coming all over here from Japan”. For others, such as Alexandra Gavillano, from the Centre for Development and Environment of Bern, and a member of the Extinguish Rebellion group, the conference was an opportunity to get together and discuss the possible for changes, “I do believe and I hope this conference will create an International Solidarity group between North and South (hemispheres). I do think we need that union and link between scientist and community, as it is time that the scientists do give back to the communities”. The five days of intense discussions included time to get together for informal chats and to develop new ideas and projects. “We came here with lots of ideas, but we go back with new perspectives and surely with many more questions,” declared Lucia Ruiz, of the Ministry of Environment of Peru, at the closing ceremony. However, the real message of the conference came from Brigitte Baptiste, General Director of Alexander von Humboldt Biological Resources Research Institute (Colombia), whose speech closed the conference: “We cannot accept the idea that there is only one model to bring about change. Instead, we need to look at different and multiple local ways to manage biodiversity”. In this multicultural conference, the multi-knowledges, multi-approaches, multi-perspectives and multi-policy change options were seen not only as welcome, but also as critically needed.

Dr. Insa Theesfeld, elect-president of the IASC organization, added: “There is never one answer. As researchers, we always need to be able to see what fits better in every circumstance, and observe the weakest and the best in every local space we study”.

The next conference will be held in the beautiful region of northern Arizona in October 2021.