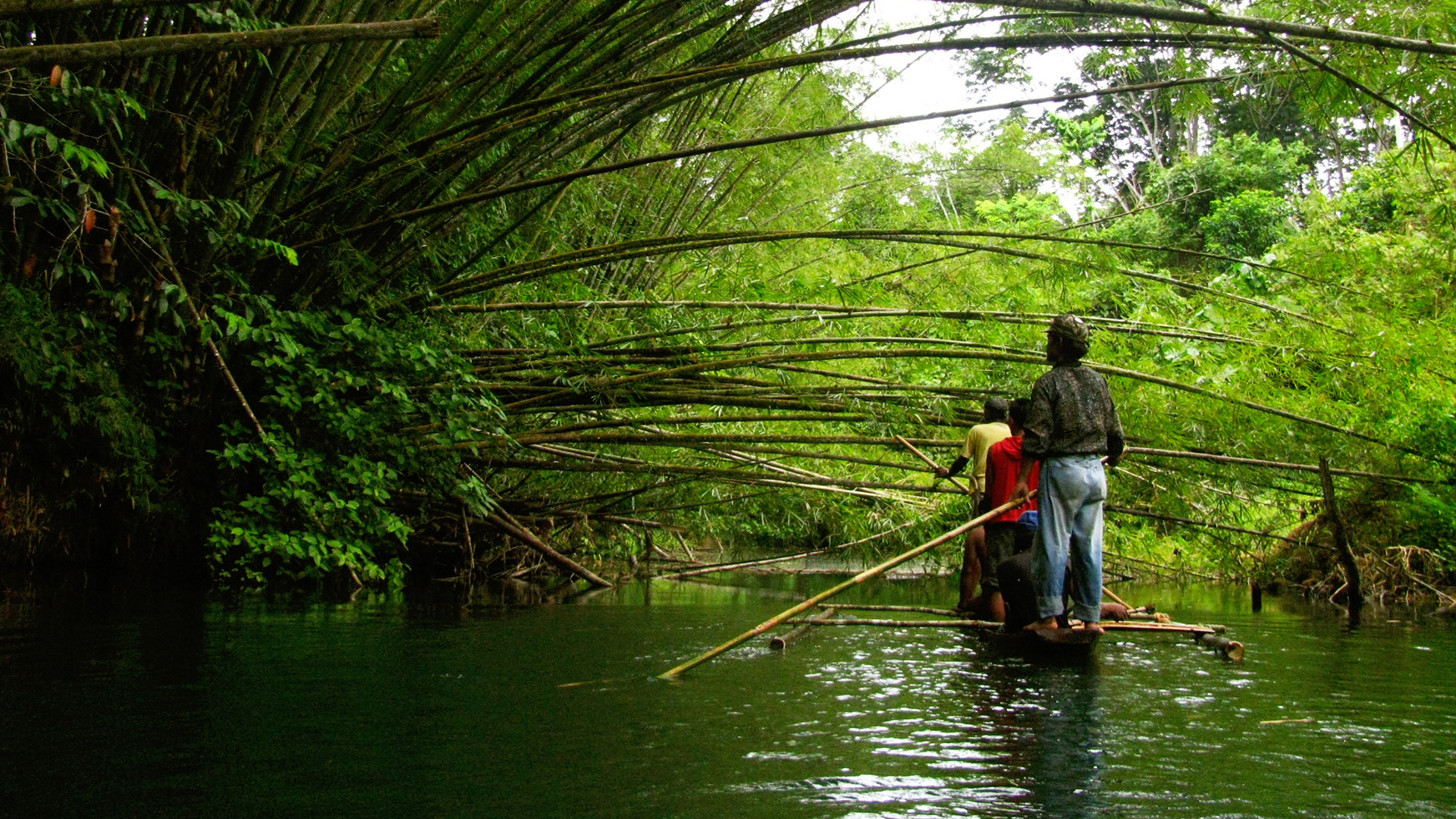 One of the many rivers in the Pangasananan ancestral domain of the Manobo people in Mindanao, the Philippines. Aside from being fishing grounds, rivers are a main means of transport. Photo: Glaiza Tabanao

Southeast Asia is an important region for the future of global diversity. The 10 countries comprising the Association of Southeast Asian Nations (ASEAN) include three of the world’s megadiverse countries (Indonesia, Malaysia, and the Philippines), harbor almost 20% of the world’s biodiversity, 35% of the world’s mangrove areas, 30% of world’s coral reefs and over 2000 animal and plant species, and are home to over 800 Indigenous and ethnic local communities that are the de facto stewards of this precious biodiversity.

READ MORE: National analyses of territories of life in Indonesia and the Philippines from Territories of Life: 2021 Report

The ASEAN Centre for Biodiversity (ACB) co-organized the Third ASEAN Conference on Biodiversity in a virtual format with the Government of Malaysia through the Ministry of Energy and Natural Resources (KeTSA). The closing session on 5 July 2021 capped off the five-session conference that began in September 2020 and has focused on the theme of “Towards 2050: Living in Harmony with Nature”. The closing session consisted primarily of keynote presentations and interventions by ASEAN member states and invited speakers, with an emphasis on the post-2020 global biodiversity framework currently being negotiated by Parties to the Convention on Biological Diversity.

After opening remarks from ACB and KeTSA, Basile van Havre (Co-chair of the Open Ended Working Group on the post-2020 framework) remarked that the COVID-19 pandemic poses a major challenge to reaching consensus over the post-2020 framework, such that there will be “no dramatic changes in the structure”. He shared that in the forthcoming Draft 1, which is expected on July 12, “there will be an evolution in the draft but no revolution”. He encouraged people in ASEAN to take the opportunity to speak up and be forceful.

Hesiquio Benítez Díaz (Chair of the Subsidiary Body on Scientific, Technical and Technological Advice, SBSTTA) shared updates on the road to the 15th meeting of the Conference of the Parties (COP 15). He underscored that significant readings and reviews still need to be done, including important discussions on the three objectives of the CBD. He noted that the process to develop the post-2020 framework will very likely extend to early 2022 at least, with critical sessions of SBSTTA now being planned for January 2022. Hawudon Tinuy-an Alfredo Domogoy, a chief of the Manobo in Mindanao, received his name from iconic falls behind him. Photo: Glaiza Tabanao

Kicking off the brief section on “other stakeholder interventions”, Peter Kallang (Chairperson of the ICCA Consortium’s Southeast Asia Regional Council) spoke as the invited representative of Indigenous peoples and local communities and on behalf of the ICCA Consortium’s membership in Southeast Asia. Drawing on key findings of the ICCA Consortium’s major new report on territories of life, Peter emphasized the outsized role of Indigenous peoples and local communities in biodiversity conservation and stated that it would be impossible to address the interlinked global biodiversity and climate crises without them. He called upon the ASEAN member states to put human rights at the center of the post-2020 global biodiversity framework and recognize and protect Indigenous peoples’ territories and rights, including self-determination.

READ MORE: Statement of the Southeast Asia ICCA Consortium at the closing session of the Third ASEAN Conference on Biodiversity, delivered by Peter Kallang on 5 July 2021

As the invited representative of civil society organizations, Lim Li Lin (Third World Network) spoke about the risks of private sector greenwashing through concepts such as nature-based solutions and reminded ASEAN member states that the process to develop the post-2020 framework must be inclusive, transparent, fair and equitable. The youth representative, from the Global Biodiversity Youth Network’s Singapore chapter, called on ASEAN leaders to be more ambitious and bolder for the benefit of future generations and to adopt a rights-based approach and tackle the drivers of biodiversity loss in the post-2020 framework. These three presenters were the only ones in the conference who pointedly spoke of the challenges and gaps between commitments, ambition, and results; their remarks were also powerfully aligned and supportive of each other.

Some of the ASEAN officials’ statements acknowledged political will as a prerequisite to success. Speakers from Latin America and the Caribbean shared lessons and examples of good practice from their region. For example, Marcia Tambutti (United Nations Economic Commission for Latin America and the Caribbean) stated that aside from political will, a key ingredient to successfully mainstreaming biodiversity would be through actions addressing systemic and behavioral changes, especially among state and private sector actors. Overall, these changes must go beyond rhetoric and translate to the recognition and realization of Indigenous and community rights and protection of their territories of life, not only in ASEAN but also around the world.