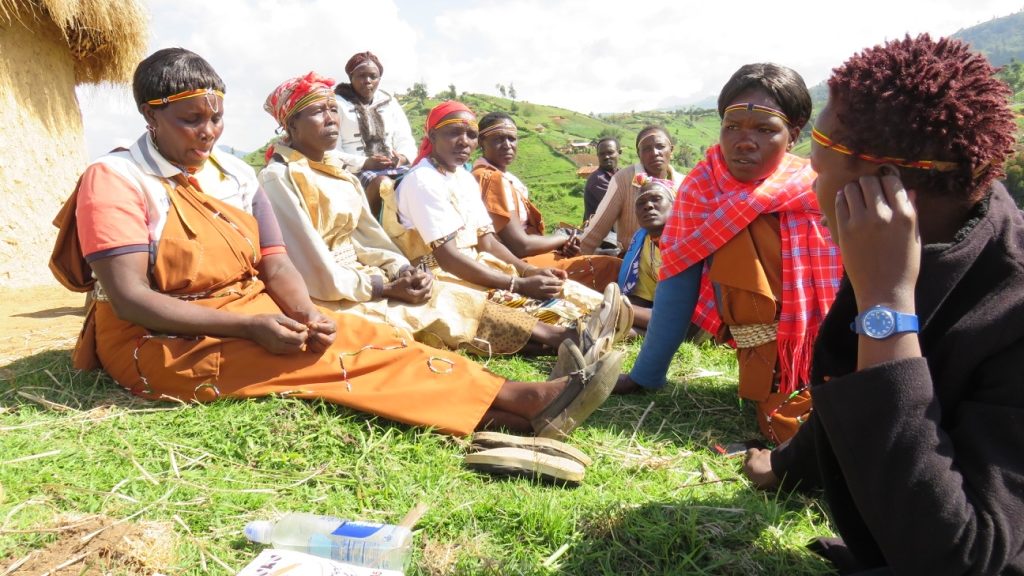 Reflection on the commemoration of International Women’s Day 2022

As the world celebrates the International Women’s Day, Members and Honorary members of the ICCA Consortium celebrate and stand in solidarity with the great women from Indigenous Peoples and local communities who are dedicated to defending their rights to lands, waters and territories of life.

According to Global Witness’ 2021 annual report on land and environmental defenders, although more men than women are attacked for defending their territories, women who act and speak out also face gender-specific forms of violence, including sexual violence. Women often have a twin challenge: the public struggle to protect their land against external threats, and the less-visible struggle to defend their rights within their communities and families.

Two years into the COVID-19 pandemic, violence against women has increased and is now a compounded global crisis itself. Following the increased dispossession of communities from their lands and resources, women and children have been seen to suffer even more because of denied access to these resources, including clean water needed for their gendered tasks.

Women defend their rights because their roles in society are dependent on natural resources, they need the recognition of such rights to exercise equal footing and power as members of the community, and most importantly, they are important in bringing up a healthy society.

External threats to territories and communities tend to disproportionately affect women and girls. Internal dynamics and gender norms can further disenfranchise women from decision-making processes, and attacks are increasing against Indigenous women who are defending their territories, particularly against harmful industries. For example, Josefina Tunki, President of the Shuar Arutam People (an ICCA Consortium Member in Ecuador), has received threats and discrimination for defending the rights of her community and territory.

Support and solidarity should be extended to all women who are, despite all odds and with great resilience, continuing to fight for the rights of women and their communities and for the future of our planet and humanity. We solemnly remember and stand strongly with women who have lost their lives and loved ones at the hands of brutal attackers while defending their individual and collective rights, and their communities and territories and the planet. It is too high a price to pay and cannot be ignored, tolerated, or forgotten. We also remember and acknowledge all those suffering emotional and psychosocial trauma following discriminatory treatment and bias.

Although women are coming out to demand equal treatment as humans, these demands have not been often considered or realised in practice. For instance, many women in the global south are being discriminated against more from within their communities and from the external systems created by patriarchy.

Many women leaders and activists around the world have had to take the step of courage and to speak up and protect their human rights, lands, and territories of life out of necessity. However, there are signs of hope and change. Some women have broken the cultural norms of being only at home to be in community leadership positions and decision-making sittings and lead deliberations toward the common good of their communities, territories and resources.

International platforms and support have existed for years with changes on how to approach long standing violations against the rights of women. The Commission on the Status of Women at the United Nations is dedicated to following up on country targets for the realisation of the rights of women. In 2021, the Commission adopted agreed conclusions on women’s full and effective participation and decision-making in public life, as well as the elimination of violence, for achieving gender equality and the empowerment of all women and girls. Other platforms have been created by great women and civil society initiatives to follow up on the protection of biodiversity through the UN Convention on Biological Diversity, process with a focus on enabling gender responsiveness of the post-2020 global biodiversity framework. For instance, Women4Biodiversity (whose director, Mrinalini Rai, is an ICCA Consortium Honorary member) are keen to follow the involvement of women in the conservation of biodiversity and the impact of its loss on women.

Despite many challenges and continuing violations of the rights of women and their lives through trauma, sexual and physical abuse and discrimination, many women are still coming out in diverse ways to defend their territories for the sake of their children and generations in the future. Women are also engaging in exchanges to cheer each other up, offer psychological support, build resistance against bad practices, and stand for solidarity and transformative change.