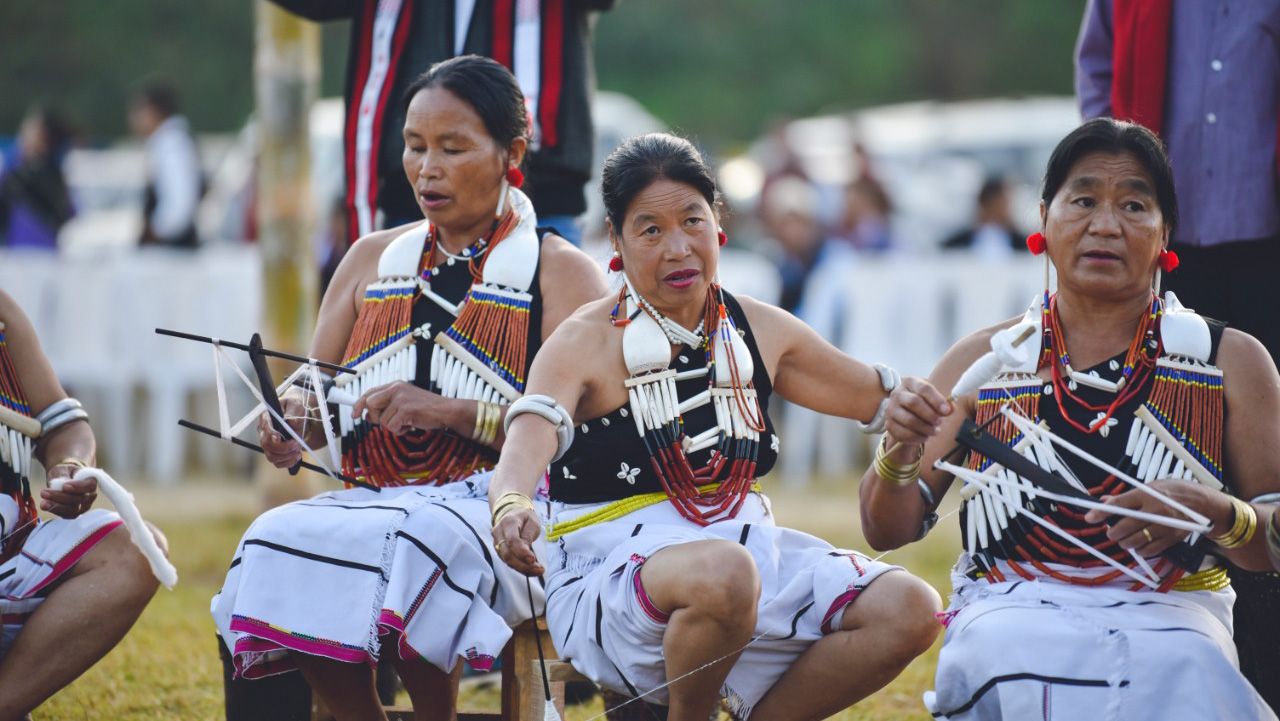 In Nagaland, India, the Rengma Village Council Chairman Forum (RVCCF) resolved to have a community conserved area in each village in the Tseminyu District, which already boasts 70% forest cover

The collective decision of the local village authority, civil society and church have established a powerful framework for the Rengma Naga community in the state of Nagaland to usher in a vision for green development through conservation. Nagaland is the sixteenth state of the Indian union and it is governed by a special Article 371 (A) of the Indian Constitution whereby the Indigenous Peoples are entitled to have ownership of land and its natural resources as per traditional customary laws.

On 9 July 2022 in Tseminyu Town during its half-yearly meeting, the Rengma Village Council Chairman Forum (RVCCF) resolved to have a community conservation area in all the villages under the Tseminyu district. The RVCCF is the apex body of all village council chairpersons, representing each village council. The village council is the local governing body in the villages of the Rengma Naga Tribe in Tseminyu District, Nagaland. Mr. Kegwasing Keppen (president of RVCCF) chaired the session and remarked that “community conservation will go a long way to create an environmentally sustainable development pathway for the Rengma community and Tseminyu District.”

The district currently has 39 recognised villages and 3 unrecognised villages spread across seven ranges with a total area of approximately 500 square kilometres (km2), whereby forest cover comprises 70% (approximately 300 km2) of the total geographical area that is governed and utilised as per traditional customary norms. Currently, 10% of the forest cover is under conserved areas. In 2016, the Council of Rengma Baptist Churches had a resolution during its Annual General Assembly to encourage conservation as a key theme for community development for the Rengma Naga Tribe. As a follow up to this resolution, on 9 July 2022, the Council presented a proposal to RVCCF, which represents the village level governing body, to adopt the Tseminyu District Community Conservation Plan and pass a resolution to start the movement for community conservation in the community. It was decided that the plan would be jointly spearheaded by RVCCF and the Kenono Foundation, a development organisation working on conservation initiatives and practical opportunities to support community conserved forests in Nagaland.

It was deliberated that the Rengma Naga community can take as an inspirational model the case of the Sendenyu Community Biodiversity and Wildlife Conservation Reserve(a community conserved area in the district that is a Member of the ICCA Consortium) and extend its best practices in other areas of the district. The purpose behind this resolution is to leverage the current climate agenda into the development trajectory of the Tseminyu district. Globally, the United Nations Framework Convention on Climate Change and nationally, India’s Intended Nationally Determined Contribution offer us an opportunity and a suitable framework for our response to green growth and sustainable development.

Likewise, given the scope and the time at hand for local climate action, the forum decided on community conservation as the development trajectory for the upcoming decades.

Given the rapid pace of development and use of natural resources to support it, there is a particular urgency in supporting and strengthening community conservation. The development trajectory of the Rengma community for a more inclusive and greener future will be determined upon the resoluteness of this decision translating into concrete action.

The forest of Mendha-Lekha – ICCA in Maharashtra, India