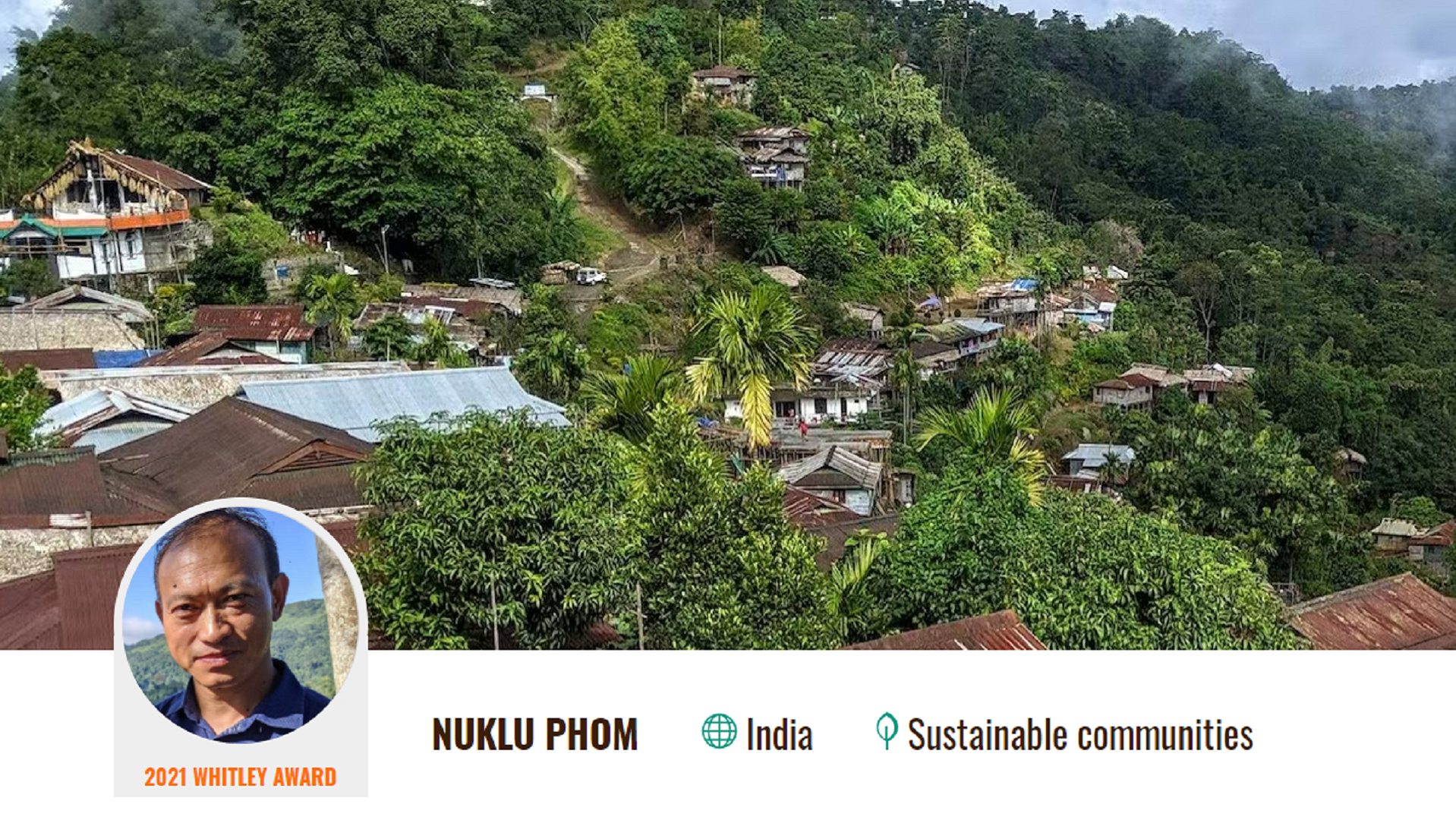 Beginning with his own village of Yaongyimchen in Nagaland, India, Nuklu Phom is leading efforts to establish a Biodiversity Peace Corridor with support from the Whitley Awards. The Naga conservationist won the prestigious award in 2021.

Nuklu’s village is part of the Nagaland Community Conserved Areas Forum (NCCAF, ICCA Consortium Member), a forum of 25 community conserved areas (CCAs) and 80 villages in the state of Nagaland in northeast India. NCCAF provides a platform where its members can share their experiences, learn from their peers, and advocate for Indigenous Peoples’ rights and biodiversity protection.

The Yaongyimchen Alayong Community Biodiversity Conservation Area is one of these CCAs where Nuklu has started to establish a Biodiversity Peace Corridor. With support from his Whitley Award, Nuklu and his team are creating a network of community conserved forests to fortify the rich biodiversity and culture in Nagaland, which lies within the Indo-Myanmar Biodiversity hotspot. The state is home to the unique and rich biodiversity of endemic flora and fauna, many of which are considered rare and endangered.

The expanded Biodiversity Peace Corridor involves 16 villages across four districts. Over the past decade, communities’ efforts have led to a noticeable increase in wild species, including the Amur Falcon. By supporting communities to practice sustainable, non-extractive land uses, both biodiversity and livelihoods can thrive, uniting some of India’s economically constrained communities through a common cause. The Corridor will also contribute to the revival of the tribal education system and support elders to teach traditional knowledge to younger generations.