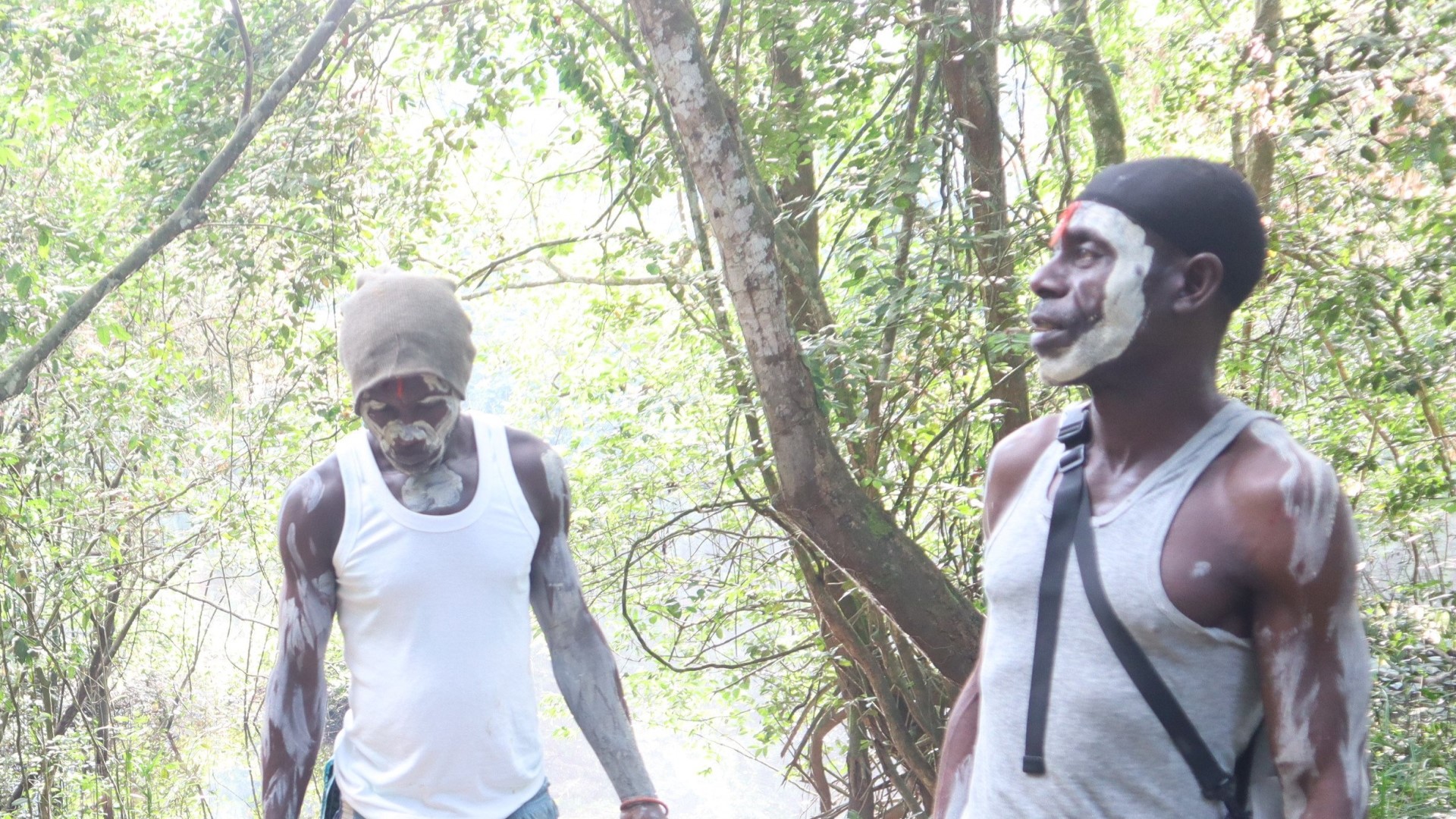 The long-awaited Kunming-Montreal global biodiversity framework – just adopted in December 2022 – explicitly recognizes the territories and rights of Indigenous Peoples and local communities. This new international instrument further bolsters previous Gabonese government commitments to protect the sacred forest of the community of Massaha. However, the government has yet to follow through on these promises, leaving the community searching for answers amidst conflicting messages. The ICCA Consortium reiterates our solidarity with the Massaha community and calls on the government of Gabon to live up to its laudable commitments

Since August 2020, the Kota community of Massaha in northeastern Gabon has been persistently working on the historic initiative to save their intact sacred forest from industrial logging and become Gabon’s first formally recognized community conserved area.

The ICCA Consortium previously provided background information and a letter of support in December 2021, followed by an alert in January 2022 and an update in February 2022.

After an analysis showing ongoing illegal aspects of the logging, including the destruction of ancestral villages and a sacred site, professor Lee White (Gabon’s Minister of Forests, Oceans, Environment and Climate Change) visited the community for two days in March 2022. During this visit, Minister White committed to protecting the community’s forest and thinking of new ways to update Gabon’s forestry code. We applauded this engagement of the Minister and two years of the community’s formal efforts to save their forest.

Despite this apparent progress, logging began in Massaha’s previously unlogged sacred forest by July 2022. After the community spoke out during the Congo Basin Forest Partnership (CBFP) meeting in Libreville that same month, logging was stopped, taking into account the initial map provided by the community in August 2020 (see below: Map of the Massaha area to be spared from the logging concession established by the company and the administration).

However, logging continued further southeast in Massaha’s ancestral forest, despite this area being included in the updated map that Massaha provided in May 2022, as requested by the Minister during his visit (see below: Updated map of Ibola Dja Bana Ba Massaha).

After the CBFP meeting in July, hopes were high to finally move forward in the formal recognition of a community-governed and community-led conserved area. Instead, in November 2022, a government delegation surprised Massaha with what the community called in a letter filed December 15th, 2022, a “false public consultation” aiming to relaunch logging of the sacred forest – the very same forest the government had promised to protect.

In the community’s letter submitted to the Minister, they call for the following (translation of direct quotation):

The ICCA Consortium continues to stand strong with the community of Massaha and reiterates their above call to the government of Gabon. Logging should be definitively stopped, and processes should be put in place to establish the appropriate legal framework for recognizing a community-governed conserved area that prevents further encroachment from harmful industries.

The establishment of this legal framework must be in full accordance with Target 22 of the Kunming-Montreal global biodiversity framework just adopted during COP15, and “Ensure the full, equitable, inclusive, effective and gender-responsive representation and participation in decision-making, and access to justice and information related to biodiversity by indigenous peoples and local communities, respecting their cultures and their rights over lands, territories, resources, and traditional knowledge….”

Perhaps the most talked about part of the new global biodiversity framework, Target 3 (commonly known as “30×30”) explicitly requires Parties to recognize and respect the rights of Indigenous Peoples and local communities, including their traditional territories, when ensuring at least 30% of the planet is equitably governed and effectively conserved and managed.

The world’s attention is now shifting to implementing the post-2020 framework. Ignoring the community’s ongoing conservation efforts and allowing their biodiverse and intact territory to be logged would directly contravene the government’s national and international commitments, including what they just agreed to days ago in Montreal. On the other hand, legally recognizing and supporting the community’s governance, management, and conservation of Massaha’s ancestral forest and river is a historic opportunity for Gabon to demonstrate in real-time their environmental leadership and continuing commitment to the High Ambition Coalition for Nature and People.

Will Gabon’s sacred forests face “death by a thousand cuts”, or will the government work together with the community of Massaha to secure one of the world’s first “wins” under the new global biodiversity framework? We urge Minister White and the rest of the government to join the right side of history, and we stand ready to support the community to realize their dreams for the future.

If you would like to express your solidarity and support for the community, please contact: defending [at] iccaconsortium [dot] org.

Alert: Massaha community in Gabon calls for the protection of their sacred forest against the immediate threat of logging

The last stand? Community in Gabon calls on government to halt logging of their sacred forest, a unique and historic initiative