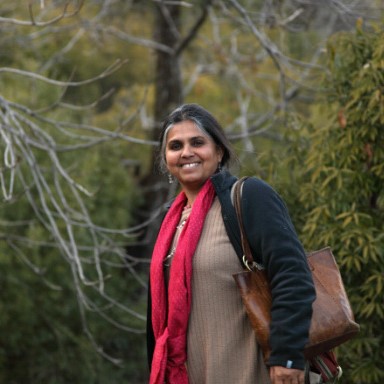 Malika Virdi moved from New Delhi to settle in a remote rural community in the Indian Himalaya in 1992. She became a farmer, integrated with the local community and became active in issues related to forest commons or Van Panchayats. She was elected as the Sarpanch (the head of the village forest council) in 2003 and for her second term in 2018. In 2021, she became the Regional Coordinator of the 209 Van Panchayats of the Munsiari Range, in Uttarakhand. She has represented Himalayan communities on forest and environment related issues, drawing strength primarily through the active participation of local women in all issues. Her core driver and philosophy is putting people in the centre of the conservation narrative. Malika has worked tirelessly towards establishing community ownership rights over forest and by promoting democratic functioning that creates space for all rights holders to participate in both decision making and implementation of projects for the use and conservation of these forests. Women are now moving beyond just being nominally represented on decision making bodies and are being recorded as rights holders in the forest commons under the dual headed household model. As part of this work, Malika and others have created a successful model, linking nature-based tourism with the conservation of the forest commons.