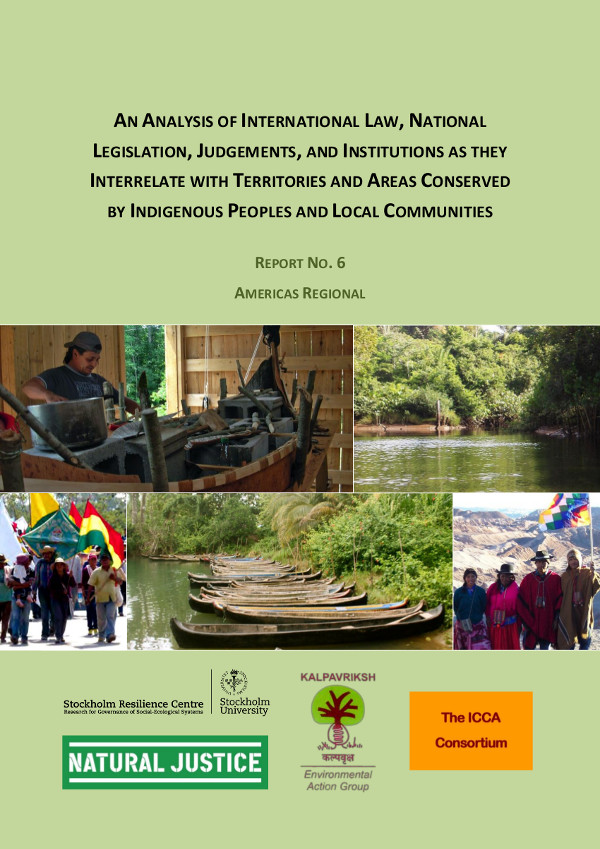 Indigenous peoples territories and community conserved areas (ICCAs) play an essential role as a basis for the spiritual and cultural identity and the sustainable livelihood (the buen vivir) of Indigenous Peoples and local communities. They also form an effective and rights-based approach to biodiversity conservation, and contribute significantly to other environmental values like climate change mitigation and adaptation, soil and water protection, and the conservation and restoration of fisheries and forest resources. Especially Indigenous lands are traditionally conserved for their ecological, social, spiritual, and life sustaining values. The recognition of Indigenous Peoples rights to conserve their lands is an important human rights’ strategy by itself, but it has also proven to be a highly effective conservation strategy. Throughout the American continent the richest ecosystems are found in recognized or non-recognized Indigenous territories. While non-Indigenous ICCAs are far more scarce, there are some valuable experiences found in countries like Chile, Bolivia and Suriname (Aylwin 2012, Miranda et al. 2012, VIDS 2012). Especially in the latter country, the conservation practices and legal status and rights of the maroon population (descendants of escaped African slaves) are very similar to that of Indigenous Peoples (VIDS, 2012).

This report provides an analysis of studies conducted in five very diverse countries on the American continent: Canada, Panama, Suriname, Bolivia and Chile, to assess the effects of laws and policies on Indigenous territories and conserved areas.