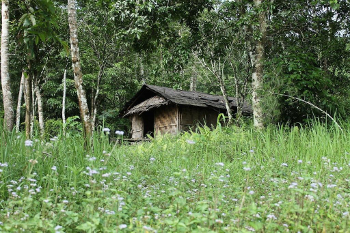 In the North Eastern corner of India, in the State of Nagaland, various tribes – the Nagas – are proudly defending their right to self-determination. Their cultural practices were traditionally articulated around activities such as collective hunting and fishing, but wildlife has been declining dramatically over the past decades in the forested hills they have inhabited since ancient times. This due to new practices such as electrical or chemical fishing, or individual hunting for commercial purposes. Some communities have therefore decided to develop conservation efforts embedded in their own cultural values. This Photo Story is about such an initiative, which was started in 2010 by two villages of the Ao tribe in the district of Mokokchung, Longsa and Ungma.

In 2008, members of the ICCA Consortium, TGER and TILCEPA facilitated and carried out a series of grassroots-level ICCA discussions accross the world, seeking to refine the understanding of the values, benefits and appropriate forms of recognition of ICCAs. The initiative was carried out with the support of GTZ.

The lessons learned from these grassroots discussions are synthesized in CEESP Briefing Note no. 9 on Recognizing and Supporting Indigenous and Community Conservation.