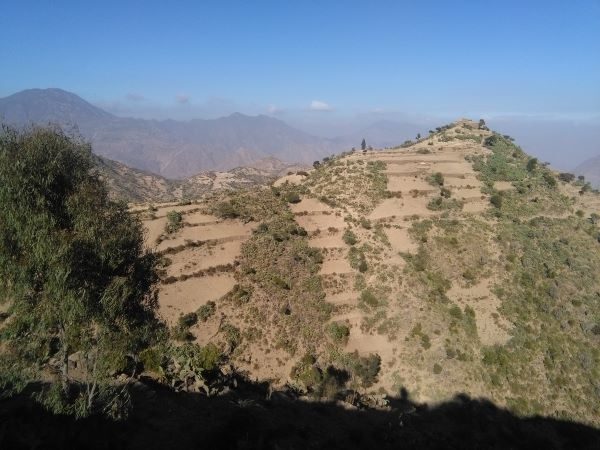 By Marco Bassi, ICCA Consortium Council member with special responsibility for Southern Europe and the Mediterranean.

The ICCA Consortium was invited to attend the International Land Coalition (ILC)’s Global CSOs Caucus Meeting, held at the IFAD Headquarters in Rome on 14 August 2019. The global CSOs caucus is an unstructured meeting of civil society organisations that are members of ILC and operate at global level. The objectives were to learn about each other’s initiative, clarify the way ILC operates and draw ideas that may help the new Coalition Council in the elaboration of next ILC Strategy.

The ILC was established with the name Popular Coalition to Eradicate Hunger and Poverty as follow up of the Conference on Hunger and Poverty held in 1995 in Brussel, with the aim of addressing inequalities in the field of rural development and to improve the rural poor’ capacity to access land, water and common-property resources. In the initial phase it was conceived as an alliance of civil society and intergovernmental agencies, with a major decisional capacity assigned to the latter.

In 2003 its civil society constituency was large enough to address critics about the prominent decisional capacity exercised by the international organizations — including the World Bank — and to achieve the organisation’s institutional reform marked by the adoption of its current name. Today ILC is an independent coalition of about 260 civil society organisations (CSOs) from about 78 countries, governed through its Assembly of members, the Coalition Council, and Secretariat. Its Secretariat is currently hosted by IFAD in Rome.

It is especially engaged in providing services to its members through capacity building, knowledge sharing and advocacy, and promoting dialogue with governmental and international organisations on issues related to equitable access to land and other key natural resources. So far global advocacy has mainly been framed in the UN agencies having a specific mandate in agriculture (especially IFAD and FAO). ILC contributed to the adoption in 2012 of the Voluntary Guidelines on the Responsible Governance of Tenure of Land, Fisheries and Forests in the Context of National Food Security (known as the VGGT, 2012), and in 2018 of the United Nations Declaration on the Rights of Peasants and Other People Working in Rural Areas. In addition to members’ fees, several international partners, especially the EU and several European bilateral agencies, support ILC’s activities. Currently ILC does not receive any support from the World Bank.

Based on the consultation of its members made on occasion of the 2013 internal reform, ILC has selected 10 Commitments as priority areas of action. The work of the ICCA Consortium has synergies with most of them, especially Commitments 1 (Secure tenure rights), 3 (Diverse tenure systems), 5 (Secure territorial rights for indigenous peoples), 6 (Locally managed ecosystems), and 10 (Protecting land rights defenders).

ILC pursues its commitments by supporting its members in three main areas: a) connecting them to each other and to other relevant stakeholders; b) mobilizing them by facilitating effective and informed common action; c) influencing key decision makers, corporate actors, investors and civil society. In practice, there are two main lines of action: a) supporting members-led platforms and b) building the capacity of members to scale up and consolidate knowledge and information tools that can be shared by ILC members for advocacy and campaigning.

Platforms operate at national, regional and global levels. At the cross-country level, Commitment-Based Initiatives (CBI) are established to enable members to learn from each other and to advocate on a particular commitment or theme. ILC supports engagement by its members, but it also connects them to other stakeholders and assures synergy between the regional and global CBIs. Several members of the ICCA Consortium have already established dialogue or constructive synergies with various CBIs. Wildlife come back after a pastoral community engaged in restoration of their rangeland in the Borana Zone of the Oromia regional State, Ethiopia. The initiative was assisted by Gayo Pastoral Development Initiative (GPDI) with support from HEKS/EPER. © Marco Bassi

In the Latin America and Caribbean region, an ICCA Consortium Member is taking a leading role in reshaping the ILC regional CBI on Commitment 5 (Secure territorial rights for indigenous peoples). In both Asia and Africa, ICCA Consortium Members are engaging for the fulfillment of ILC Commitment 6 (Locally managed ecosystems). In Europe, there has been close cooperation in connection with the establishment of the Europe, Middle East & North Africa (EMENA) region of ILC.  Several ICCA Consortium Members have been involved up to the recent organisation of the first ICCA Consortium Europe Regional Assembly in combination with an event dedicated to the establishment of the ILC-supported regional platform on commons. At the country level, ILC works by establishing or strengthening multi-stakeholders national land platforms. It especially supports civil society in their engagement with government, intergovernmental organisations and research institutes, with the objective to develop shared National Engagement Strategies (NES).

In terms of knowledge and tools for advocacy, ILC is in a position to catalyze donor support to scale up members’ initiatives that have already reached a certain level of proved relevance. The ICCA Consortium’s policy on Defending territories of life and their defenders can effectively be implemented in the framework of a broader alliance. The ILC Commitment 10 (Protecting land rights defenders) is therefore highly strategic. The ICCA Consortium is already participating in various initiatives with ILC and other ILC members, including the Defending the Defenders Coalition and the forthcoming global mobilisation against criminalisation of land and environmental defenders, an initiative of the Land Rights Now campaign and strongly supported by Oxfam-Novib. Among the knowledge tools, a Member of the ICCA Consortium contributed to the steering committee of LandMark, a global platform of indigenous peoples’ and community lands, displaying georeferenced information on collectively held and used lands worldwide. It is currently receiving technical support from WRI, with ILC providing the main interface to local communities and indigenous peoples.

There is a renewed interest within ILC to closely cooperate with constituency-based organisations and to expand its engagement from the field of agriculture to environmental conventions. These two elements open space for closer collaboration between ILC and the ICCA Consortium, an opportunity to expand the solidarity network around territories of life, to address challenges derived from sector policy that are not normally addressed by the ICCA Consortium and to further develop environmental issues that are shared in terms of land rights and defending activists, good territorial governance, indigenous issues, and commons-based tenure of natural resources.