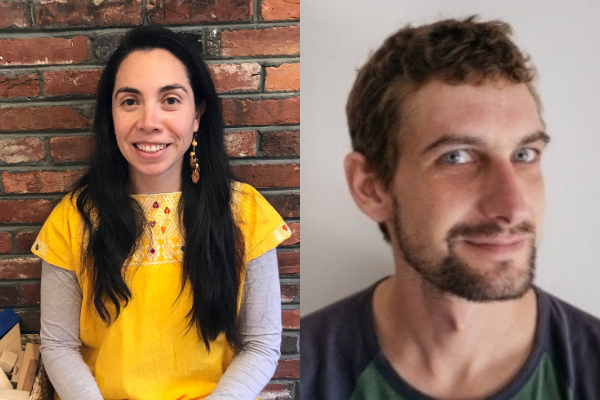 The President and Executive Committee of the ICCA Consortium are delighted to announce the appointment of Ameyali Ramos Castillo as Regionalisation and Policy Coordinator, Thomas Niederberger as Research and Publications Coordinator, with effect from 1 January 2020. The Global Secretariat and Regional Coordinators, supported by the Council, look forward to working alongside Ameyali and Thomas in their new roles. Welcome!

Ameyali is based in Chiapas, Mexico. For over 15 years, she has worked with indigenous peoples and local communities on a range of issues, including environmental governance, sustainable livelihoods, agro-ecology, and human rights-based conservation. Her work has focused on strengthening the collective capacity of indigenous peoples and local communities, and supporting them in engaging more effectively in international policy processes, like the Intergovernmental Panel on Climate Change, the World Water Forum, the UN Convention on Biological Diversity and the UN Framework Convention on Climate Change. Her background is in social and environmental governance and her passion is in providing indigenous peoples and local communities with the support necessary for them to continue to care for their territories and ways of life. Ameyali has a PhD from the University of Oxford and is currently the Deputy Chair of the IUCN Commission on Environmental, Economic and Social Policy (IUCN-CEESP).

Thomas is based in Zurich, Switzerland. He grew up in the countryside outside Zurich, near grazing cows. As a student of anthropology, he became involved with supporting indigenous delegates at the UN Working Group on Indigenous Populations in Geneva. This path later led him to do research with the forest rights movement in Jharkhand, India, and more recently, with the Autonomous Territorial Government of the Wampis Nation in the Peruvian Amazon (the topic of his forthcoming PhD thesis). In between, he has worked as a freelance journalist, specializing on environmental and indigenous issues, with extensive travels in Argentina, Bolivia and Paraguay. Along with other students and researchers at University of Bern, he edited the book ‘The Open Cut’ (2016), which unites case studies on conflicts caused by large-scale mining. He is interested in engaged and collaborative research methods. For the ICCA Consortium, he contributes by taking care of publications and research partnerships.