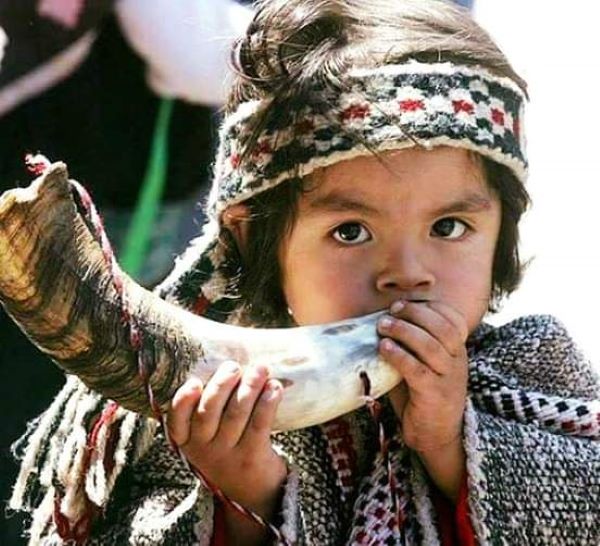 By Lucas Quintupuray, Member of the ICCA Consortium Council with special responsibility for the Southern Cone of South America.

Our Mapuche Nation-People live in the lands that are in the south of Latin America. The latitudes of our ancestral territory, Wallmapu, are delimited by the seas, pu fütxa lafken, today called the Atlantic and Pacific oceans. Like other Peoples who pre-exist the modern Nation States, we have our own ancient identity, inseparable from our cosmovision, language and ancestral organization. Our ancestors knew how to live and cross these territories of life of which we are part, of which we are but one more energy. Like them, we continue to maintain that our territory, Wallmapu, does not recognize the imposed borders that seek to convince the population that the Andes is a limit or border, when we know that it is a road or rüpü. With the arrival of the Spanish and the persecutions during the establishment of the States of Chile and Argentina, these forests, mountains and landscapes, have been a place of refuge for the communities who resisted the conquest with dignity, retaining sovereignty of the territory until the end of the 19th century.

Genocide and stories of resistance

Sovereignty over the territory came about during the so-called “Conquest of the Desert” in the sector that is now named Argentina, and, the “Pacification of Araucanía” in the part of the territory that is today known as Chile. These two campaigns, or critical events, that disrupted our lives and communities we call genocide; in that they were premeditated, intentional, separated families from their children, resulted in concentrations of our people imprisoned in different parts of Patagonia and Buenos Aires and led to the death of many of our ancestors. Thus began the loss of territory and language, ways of life and social and political organization. Our grandmothers and grandfathers did not let us forget these times, but at the same time, to save the coming generations from persecution and oppression, they denied us part of our knowledge, our people concealed their identity, as a conscious decision and a form of self-defense. In the stories of those difficult times, our elders recounted how they knew how to survive wartime in spite of the difficulties they faced. And that is how we also knew how to recognize the traces of our history and culture that our elders left us: words in our language, customs or ways of life, traditional foods that were shared, how to live tüfachi mapu mew (in this land). Some of us have even kept the names of our families, today surnames, all these signs that still remain in the territory, showed us the way. They were given to us as small breadcrumbs that over time became questions, the search for answers and the recovery of what had been denied us. Many of the young or new generations were aware of our origin, and finding ourselves orphans of some knowledge, relying only on these crumbs, we put into practice what was transmitted and what we learned along the way despite the difficulties we face in our daily lives, we decided to nourish our püllü or spirit that seeks to return to being Mapuche.

We young people say: “our ancestors manifest themselves in us.” So, we have undertaken an uprising that was replicated at all points of our Wallmapu or ancestral territory. We are learning and replicating what they teach us among peers, recognizing ourselves by raising our wenufoye or Mapuche flag, created by the militancy that preceded us in the 90s, the symbol that has unified and outlined us as a Nation-People. Through it, we make explicit our Mapuche being, we talk about our cultural, philosophical and spiritual matters, distinguishing ourselves from the recent National States. We are not Argentinians, nor Chileans: mapuche ta iñchiñ, we are Mapuche, people of the land. Thus, each young Mapuche today rises, learns about his people, transmits and makes what we are visible, from wherever he is, we work in different ways, but without losing the objective that guides us, to continue existing as a People. 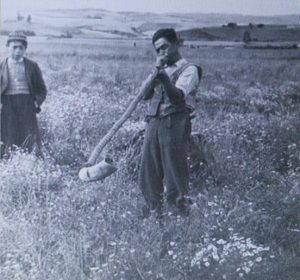 These are of great need for many Mapuches who, with or without their own land, rise up throughout Wallmapu (ancestral territory), for those who feel the need to use them in one way or another, to nourish the spiritual. However, it is also a political and philosophical-cultural act since, each time they are played, we declare that we are still alive, that our futakeche yem (ancestors) live on in us. This role led me to inquire about the construction of these instruments, which I found very difficult to learn since, as a consequence of genocide and persecution, our people are very cautious in transmitting this küzaw or activity. We can say this is a sequel of the events.

However, I continue to try really hard to improve my work, recognizing great progress and being oriented to satisfy my brothers and sisters who contact me from many places. These instruments accompany them when they go to do ceremonies, on the new paths that their journey as Mapuche takes them in the context that we are currently living, on their return or recovery of the territory and/or of their language, affirming their identity. And this is why I will share with you some of our instruments, our ancient art, our history.

The construction of these instruments has allowed me to meet countless people from our Nation-People. In these meetings that take place in different parts of the country I usually hear phrases like: “I have been looking for one for a long time “, “I wished that this moment would come“, “my heart knew I was going to get one” or “we needed one to strengthen ourselves“. These words demonstrate how deeply the instruments are needed. By having them, it proves that it is not a utopia to want to connect to the root, as they seek knowledge and begin this recovery process through the instruments, since they know that it is the way to show nature that they are still alive, still standing and aware of their origins. When we play the instruments in ceremonies or celebrations, we demonstrate to the different energies that we know our origin and understand our role: we are defenders of life, of the territories, we are one more energy, we are part of the whole. To recuperate what was taken from us and the growth that our Nation-People is enjoying, guarantee that the territories of life are going to be able to sustain themselves and their ancient defenders.

As long as there are cohiue, more cohiue will grow.
The cohiue is an ancient tree of great height and abundant in many territories, due to its easy growth and its quantity of seeds. We say: “if a cohiue falls, 10 more cohiues will grow. If a Mapuche dies, ten more will rise. While there are Mapuches, more Mapuches will be born”.

In this song by Anahi Rayen Mariluan, presented with her permission, you can hear various ancestral Mapuche instruments. 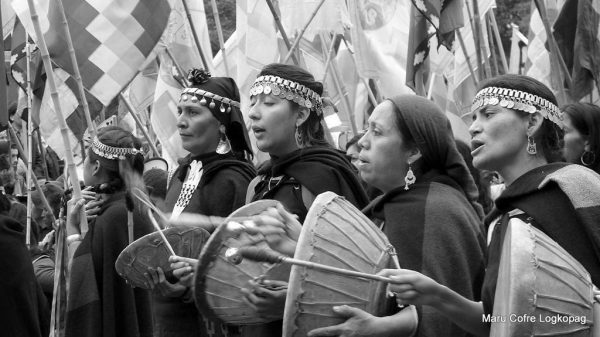 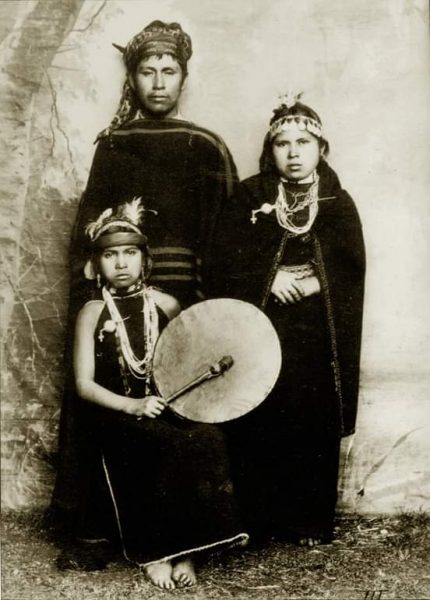 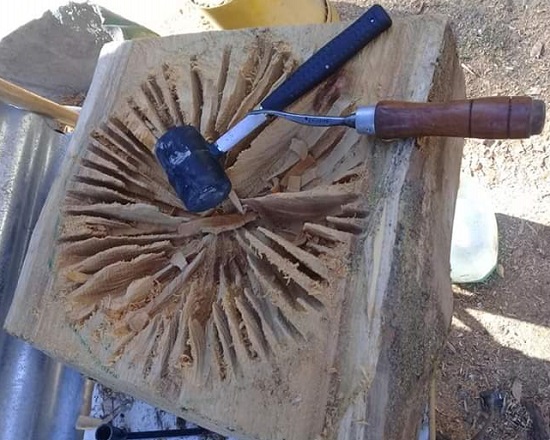 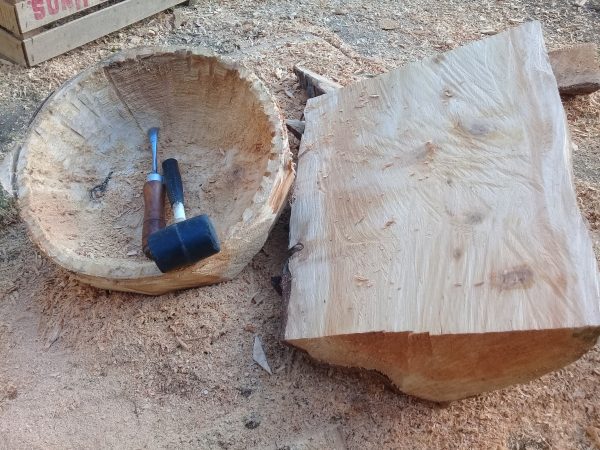 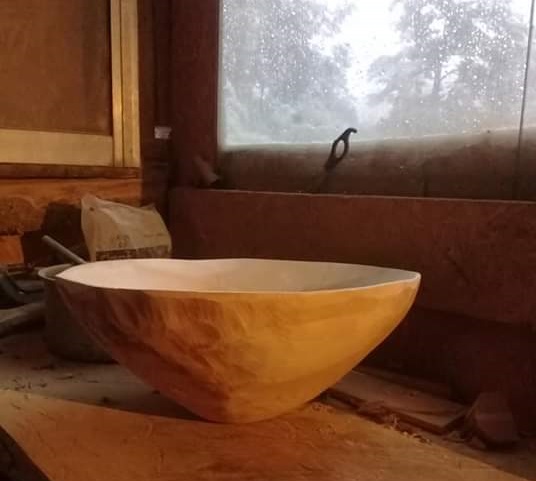 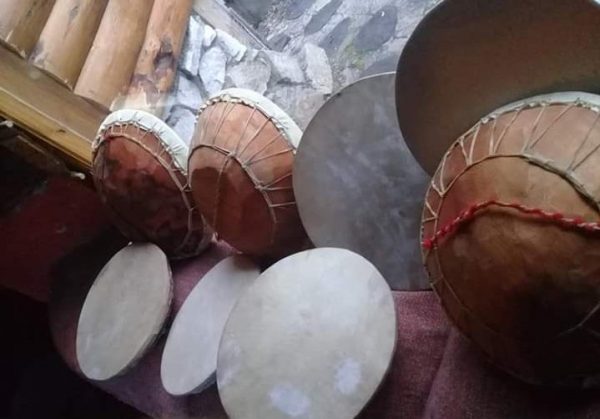 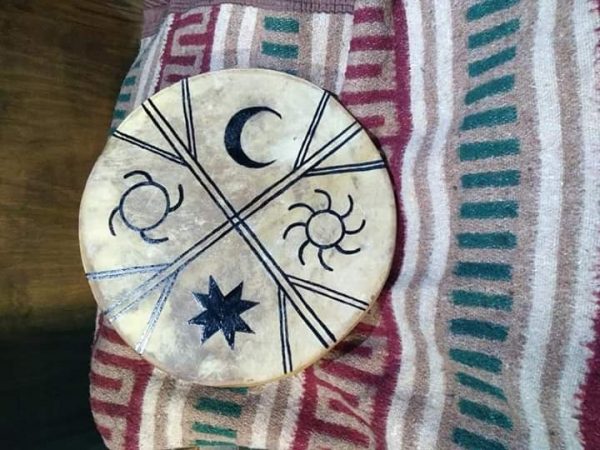 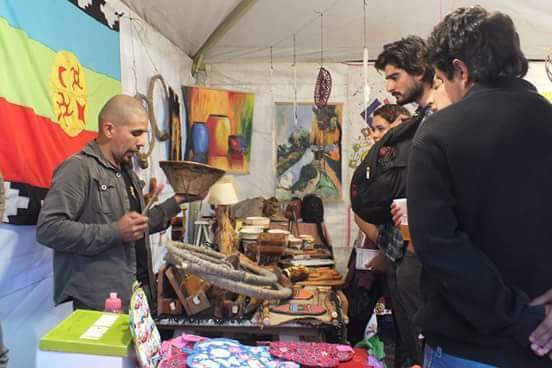 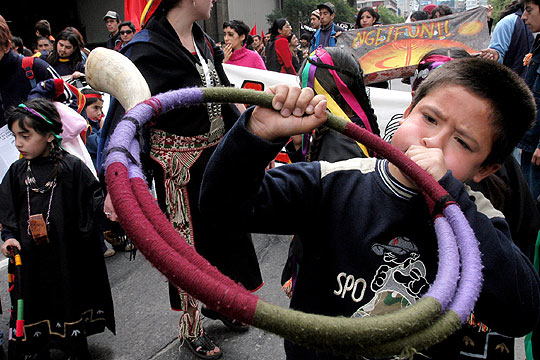 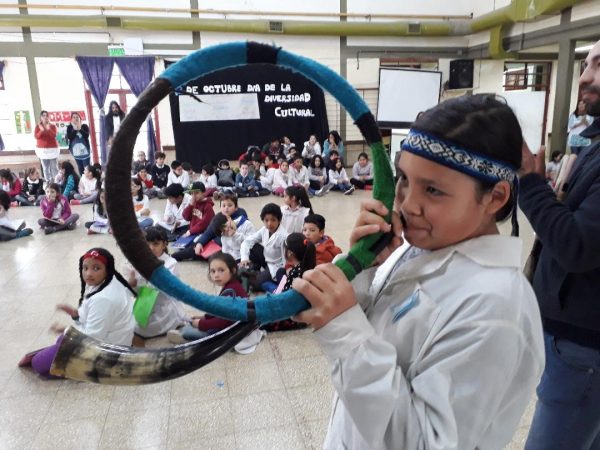 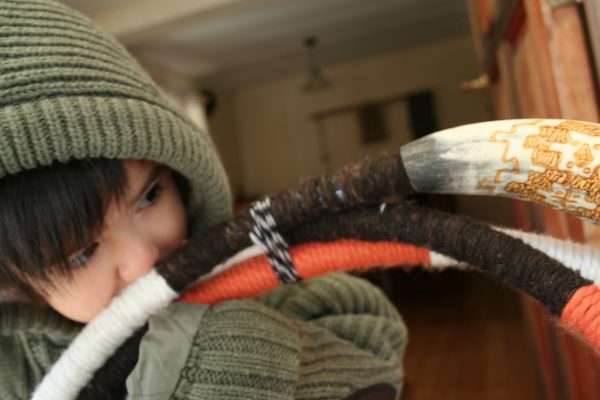 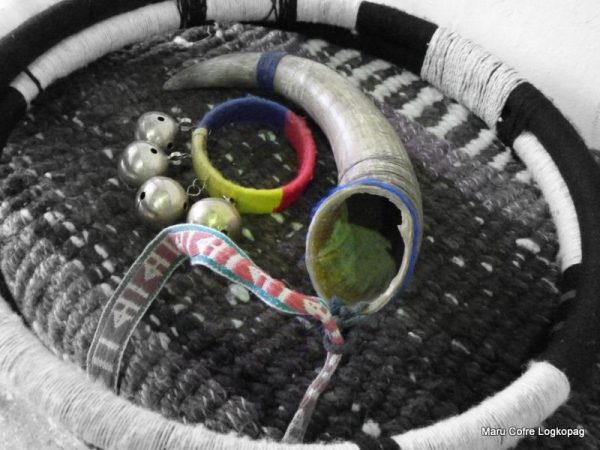 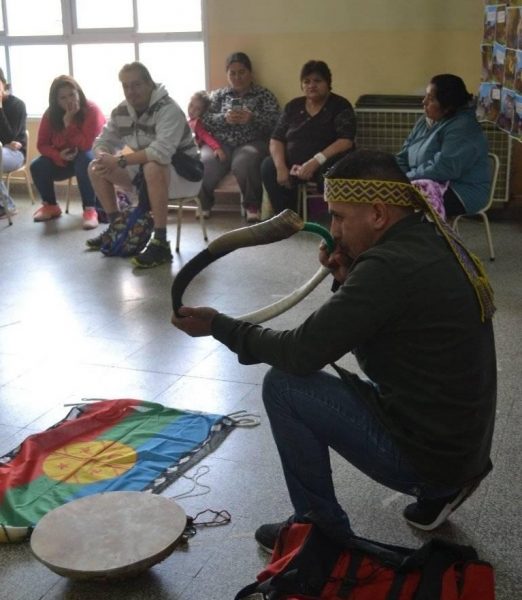 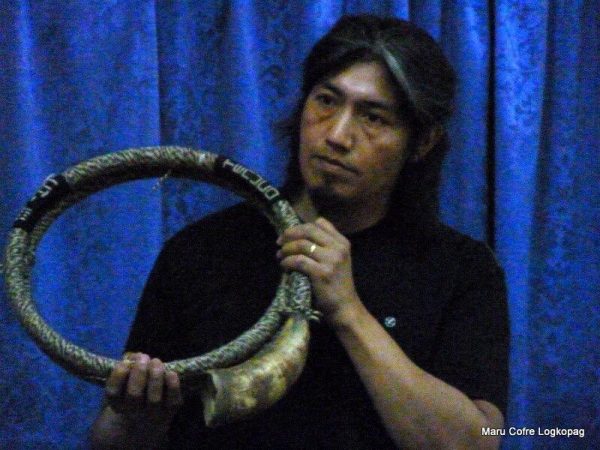 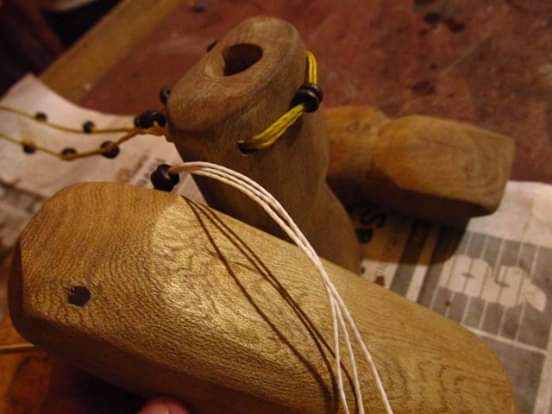 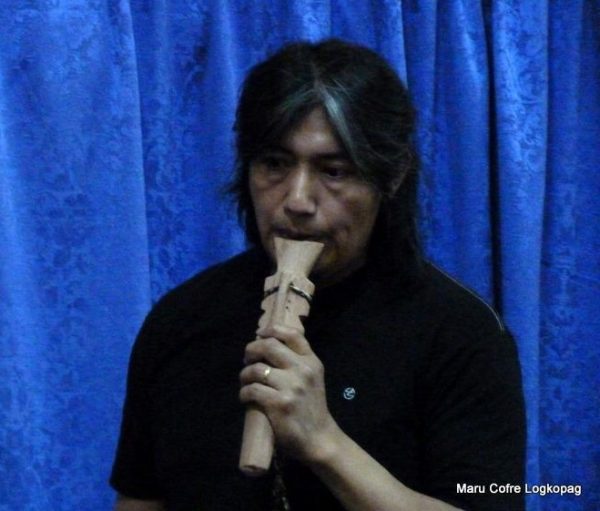 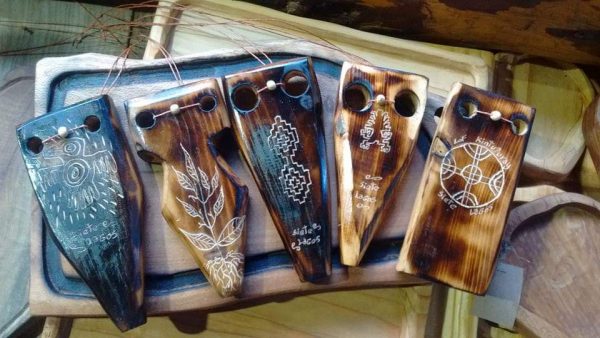 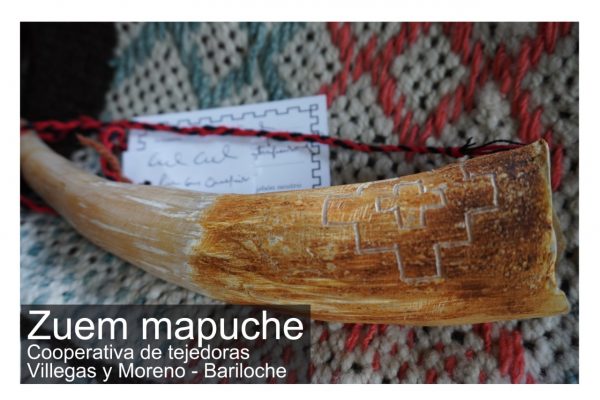 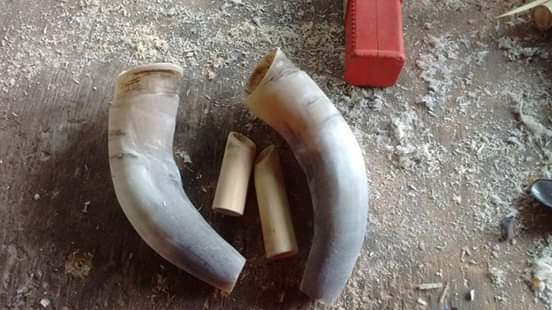 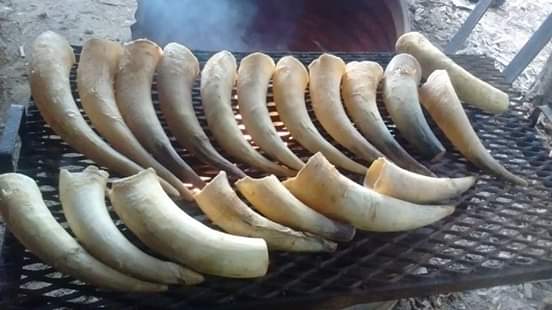 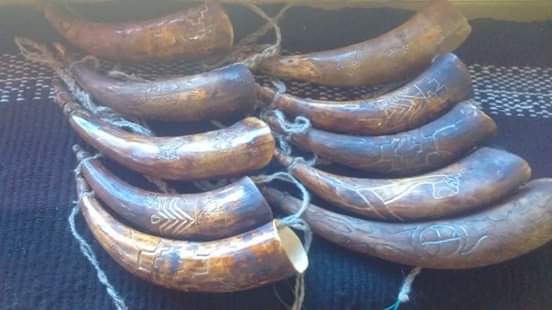