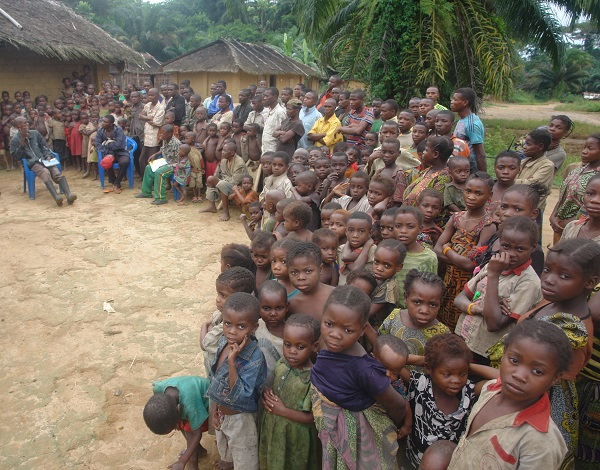 For ten years, from 2010 to 2020, indigenous movement participants in the DR Congo were involved in an advocacy process for the legal recognition of Indigenous peoples’ rights through a number of ways, including the drafting of an Organic Bill. This was initiated by a caucus of national deputies, who worked to develop the provisions contained in the law, then the Bill was submitted to the Bureau of the National Assembly.

Taking advantage of the current term of office, and at the instigation of the honourable Rubin Rashidi, National Deputy, the Bill was submitted to the National Assembly and deemed admissible, then presented to the Socio-Cultural Commission to be analysed. Following this stage, the indigenous movement participants are busy monitoring and influencing the next stages, deemed crucial until the promulgation of the law, notably:

a)    the technical work of the Socio-Cultural Commission;

b)    preparation for debate and vote in the Lower House of Parliament;

c)    the Second Reading and vote in the Senate;

e)    the promulgation of the law by the Head of State.

Once promulgated, this legal instrument will be a fundamental legal basis as it is likely to reinforce the rights of Indigenous peoples, particularly those relating to securing territories of life to which the Bill devotes a few chapters. The legal recognition of the rights of Indigenous Pygmy peoples in DR Congo by a specific law will be a guarantee to ensure the promotion and vitality of the culture, and restore and increase the social dignity and stability of these communities within their territories of life. This would be a guarantee of sustainability for forest ecosystems, biodiversity and natural resources in RD Congo. This law will also promote the recognition of the close links which exist between their knowledge and traditional practices and nature conservation, enabling this cultural heritage to contribute much more to the Democratic Republic of the Congo’s national development.

Read the proposed law (in French)

Featured image: In the face of marginalization and denigration, the Indigenous Pygmy peoples of the DRC are mobilizing to propose legislation in favour of the recognition of their rights © Christian Chatelain.
Translation from French: Katharine Abbott.