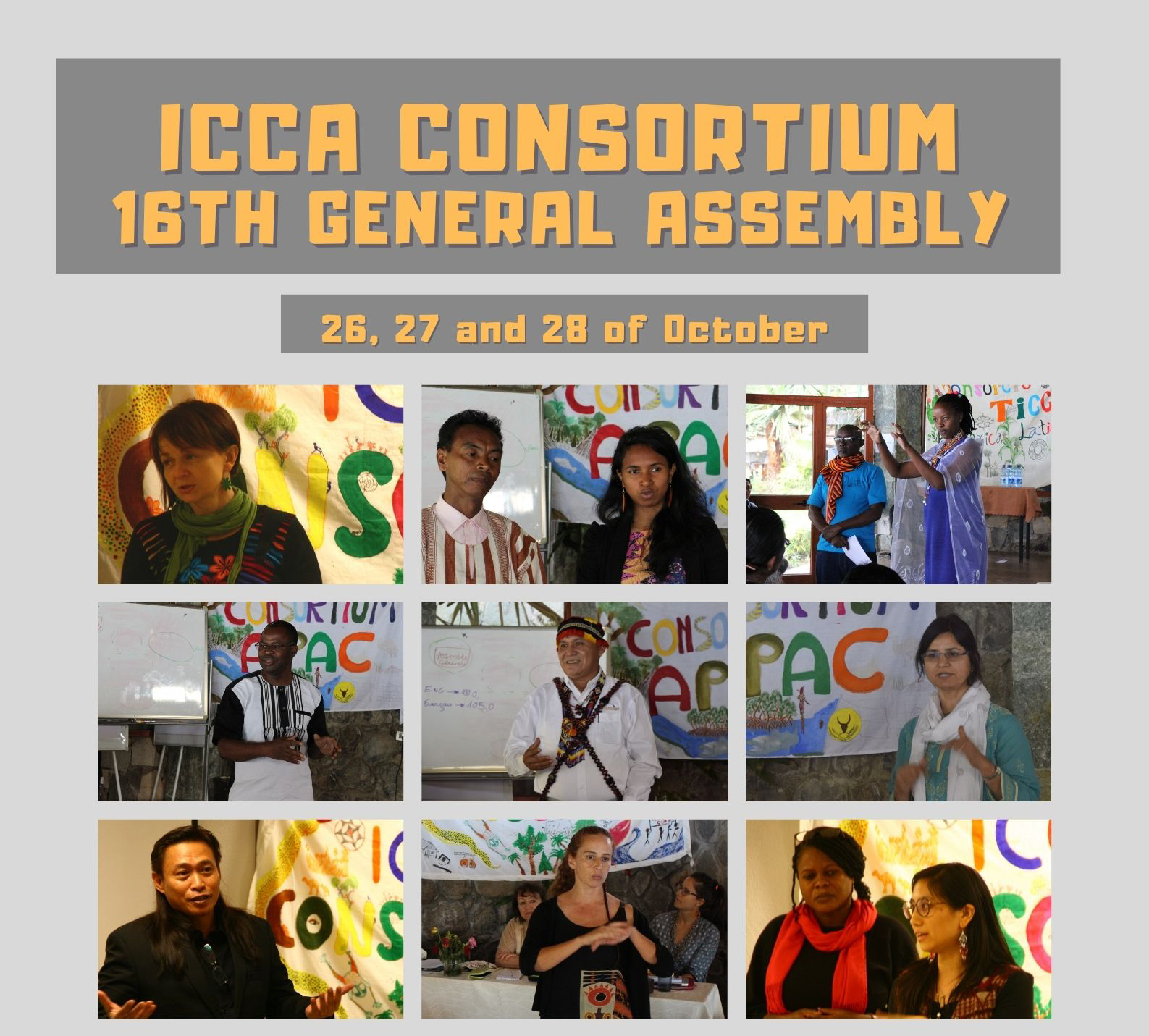 The ICCA Consortium’s 16th General Assembly was a success, with 229 unique participants over the three days, multimedia reports on key areas of work and several key decisions made about the Statutes, Council, process for developing and approving new organizational policies and procedures and more.

At the start of 2020, we were planning to hold the 16th General Assembly (GA) in France alongside the IUCN World Conservation Congress in June. Once the pandemic hit, it was clear that we should adapt to an online format and hold it later in the year out of respect for the many countries that were particularly hard-hit by COVID-19. Although it was sad to not be with each other in person for the GA, especially during such a challenging year, we did the best we could in the circumstances.

The 16th General Assembly was held online from 28-30 October from 14:00-16:30 CET each day to accommodate as many time zones as possible (download the agenda in English). A record number of 229 unique participants from our membership participated from around the world over the course of the three-day Assembly. Key outcomes of the Assembly include:

Links to presentations and video reports are provided below and in the full minutes.

After the GA, we shared a short trilingual feedback questionnaire to which 38 people responded. Overall impressions of the GA were very positive, with several people commenting on how well prepared and organized it was despite the circumstances. Many also acknowledged the calm, positive and inclusive atmosphere and creative use of multimedia materials and interactive tools. A number of people said that it was better to have the GA online as it enabled more people to participate from home and at a much lower cost. At the same time, however, the online format also posed challenges for people who do not have reliable internet connection or who had to join outside of normal working hours due to time zone differences; the online format also limited the ability of people to communicate and connect with each other informally. A key area for improvement for the next online GA is clarifying the process for consensus-based decision-making and use of the poll function to support that and clarifying the role of Honorary members in contributing to discussions and decisions. Another constructive suggestion is to have more preparatory discussions in advance in regional groupings about key documents and decisions tabled for approval.

The Secretariat extends our deep appreciation to: Screenshot of the Mentimeter (word cloud) being developed by participants during the break on the third day of the GA.

(Click “CC” and “Settings” for subtitles in English, Spanish or French).