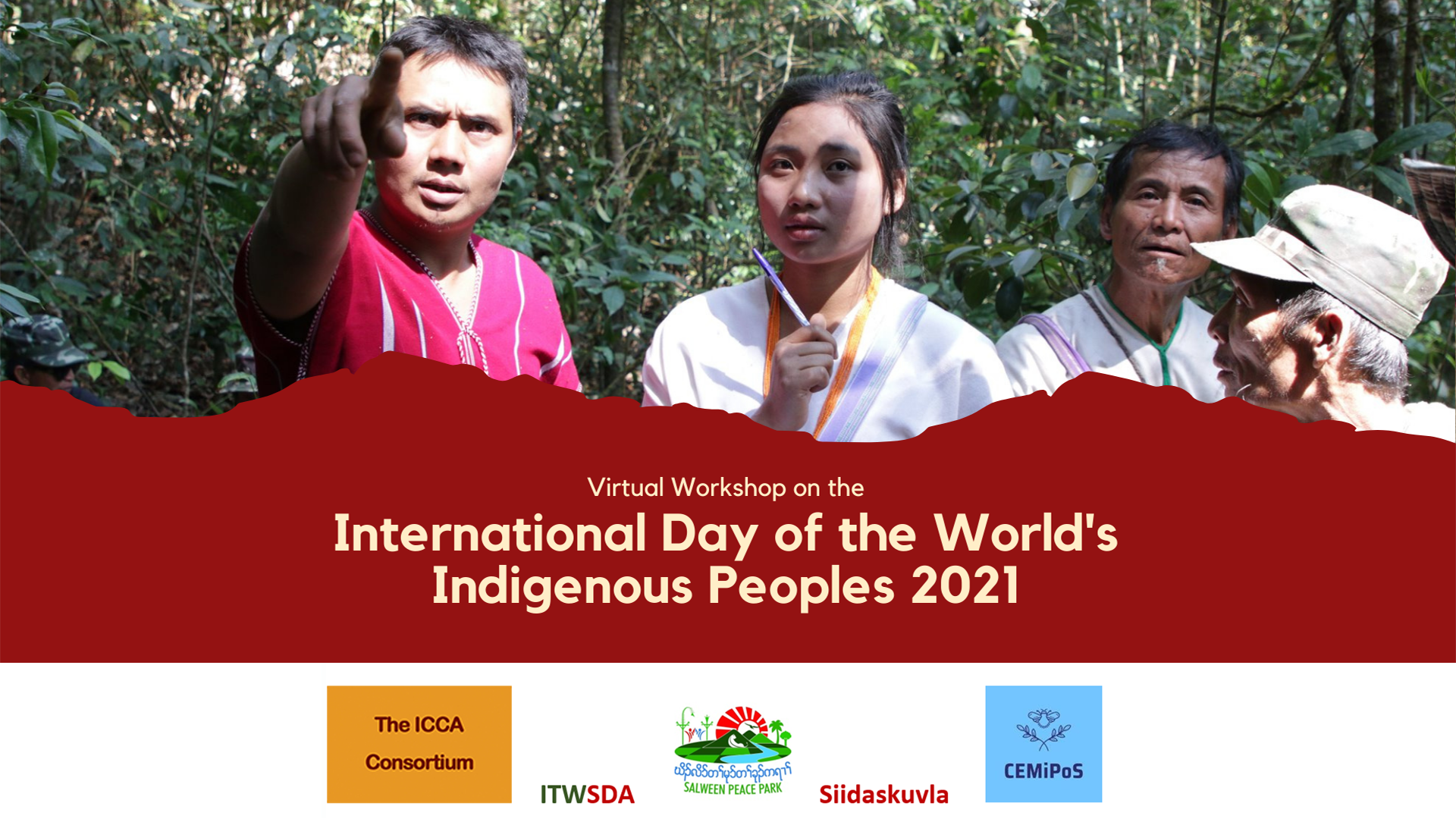 A virtual workshop on 09th August, the International Day of the World’s Indigenous Peoples 2021

Approximately eighty percent of all biodiversity on the planet thrives in the twenty-two percent of global territories home to Indigenous peoples. This workshop will focus on Indigenous practices of sustainability that entail nurturing and perpetuating territories of life beyond the state apparatus and market system.

Dr. Jeff Corntassel is a writer, teacher, and father from the Cherokee Nation. Jeff received his Ph.D. in Political Science from the University of Arizona in 1998. His research and teaching interests include Indigenous political movements, community resurgence, and sustainable self-determination. He is currently an Associate Professor in the Indigenous Studies Department at the University of Victoria and Acting Director of the Centre for Indigenous Research and Community-Led Engagement (CIRCLE). His research and teaching interests focus on “Everyday Acts of Resurgence” and the intersections between Indigenous resurgence, climate change, gender, and community well-being. He is currently completing his forthcoming book on Sustainable Self-Determination, which examines Indigenous climate justice, food security, and gender-based resurgence. Access to Jeff’s recent writings and an archive of downloadable PDF versions of his academic research papers and future writings are available here.

A view to the Sámi situation: current challenges and ongoing work
By Aslak Holmberg, Siidaskuvla

Aslak Holmberg (Honorary member, ICCA Consortium) has, for the past decade, working with Sámi and Indigenous issues through NGOs, politics, activism, and academia. For the past four years, he has been a vice president of the Saami Council and is a former member of the Sámi Parliament in Finland. He is also a fisher, teacher, and freelancer, with conservation, Indigenous knowledge, and Indigenous peoples’ rights. Aslak Holmberg is affiliated with Siidaskuvla (Siida School). Siidaskuvla is a community-driven renewal of the Sámi Siida system. This initiative by Sámi scholars, artists, and activists seeks to reconstruct and simulate how practices siida could operate as a Sámi governance structure today. The project aims at decolonizing Sámi society through reclaiming and re-engaging the traditional Sámi siida system and its accompanying laws and practices.

Why are the human rights of the Ainu as an Indigenous people not guaranteed in Japan?
By Hiroshi Maruyama and Eleonore Komai, Centre for Environmental and Minority Policy Studies (CEMiPoS)

Hiroshi Maruyama is Professor Emeritus, Muroran Institute of Technology, Japan, and honorary doctor, Uppsala University, Sweden. His research previously focused on local rural Japanese struggles for social justice, local autonomy, sustainability, and materialization through conflicts with authorities over natural resource exploitation. Recently, he has been devoted to Indigenous policy studies with a particular focus on the Ainu in Japan and the Sami in Fennoscandian countries. In 2016, Hiroshi Maruyama founded the Centre for Environmental and Minority Policy Studies (CEMiPoS) in Sapporo, Japan, to support and empower ideological and ethnic minorities and Indigenous peoples.

Eleonore Komai is a researcher at CEMiPOs and a Ph.D. student in Political Science at Concordia University in Tiohtià:ke/Montreal, Canada, working on ethnic minorities and Indigenous people, migration, and human rights. She holds a master’s degree in law and a bachelor’s degree in political science from Sciences Po Paris.

Paul Sein Twa (Council co-chair of the theme on “Sustaining Territories of Life,” ICCA Consortium) is an Indigenous Karen from Burma/Myanmar. He is a co-founder and the Director of the Karen Environmental and Social Action Network (ICCA Consortium)— an NGO dedicated to livelihood security and respect for the Indigenous Karen people. Paul, himself an Honorary Member of the Consortium, has worked for decades to better the conditions of his people, most recently as one of the main inspirers and key supporters of the self-proclamation of the Salween Peace Park by its custodian communities. The Salween Peace Park (SPP) is an emblematic territory of life of enormous importance for both nature and culture. It protects the last dam-free main river in Asia and 5,485 km2 of globally significant biodiversity. It prevents destructive ‘development’ operations imposed by the Myanmar government. And it provides a peaceful grassroots alternative for its Karen custodians on the face of seven decades of violent repression and civil war. On December 18, 2018, with the signing of the Salween Peace Park Charter, Paul was elected President of the SPP in recognition of his steady and inspirational stewardship. This happened at the first convening of the General Assembly of SPP, formed by elected representatives from each village within the Park. The Salween Peace Park was one of 10 winners of the 2020 Equator Prize. And Paul received Goldman Environmental Prize 2020 for Asia.

Sutej Hugu is an Indigenous organizer in Taiwan. He is the Regional Coordinator for East Asia, ICCA Consortium, since 2013. He facilitates a Cross-regional network for ICCAs-Territories of Life in the Austronesia – Indian and the Pacific Ocean since 2018. He has helped establish the China ICCA Working Group at the end of 2013 and the ICCA Working Group Mongolia in the spring of 2021. In 2000, Hugu co-founded and was elected as first Chairperson of the Cultural Taiwan Consortium, a national NGO that set out to work towards an integrated national identity by seeking connectedness to the land and nature. Since 2010, he has served as CEO for the Tao Foundation, championing a campaign to remove a nuclear waste repository that was “temporarily” established in Lanyu Island (Pongso no Tao) thirty years ago. In 2014, with some veterans of the Indigenous peoples’ movement, he assisted in launching the Taiwan Indigenous Conserved Territories Union (TICTU), which is today federating 748 tribal communities, whose Indigenous territories almost entirely overlap with state protected areas and national forests. In 2019 he co-founded the Indigenous Taiwan Self-Determination Alliance (ITW-SDA) and being its Chief Advisor to promote Indigenous decolonization and sustainable self-determination for a new nation-building movement in Taiwan.