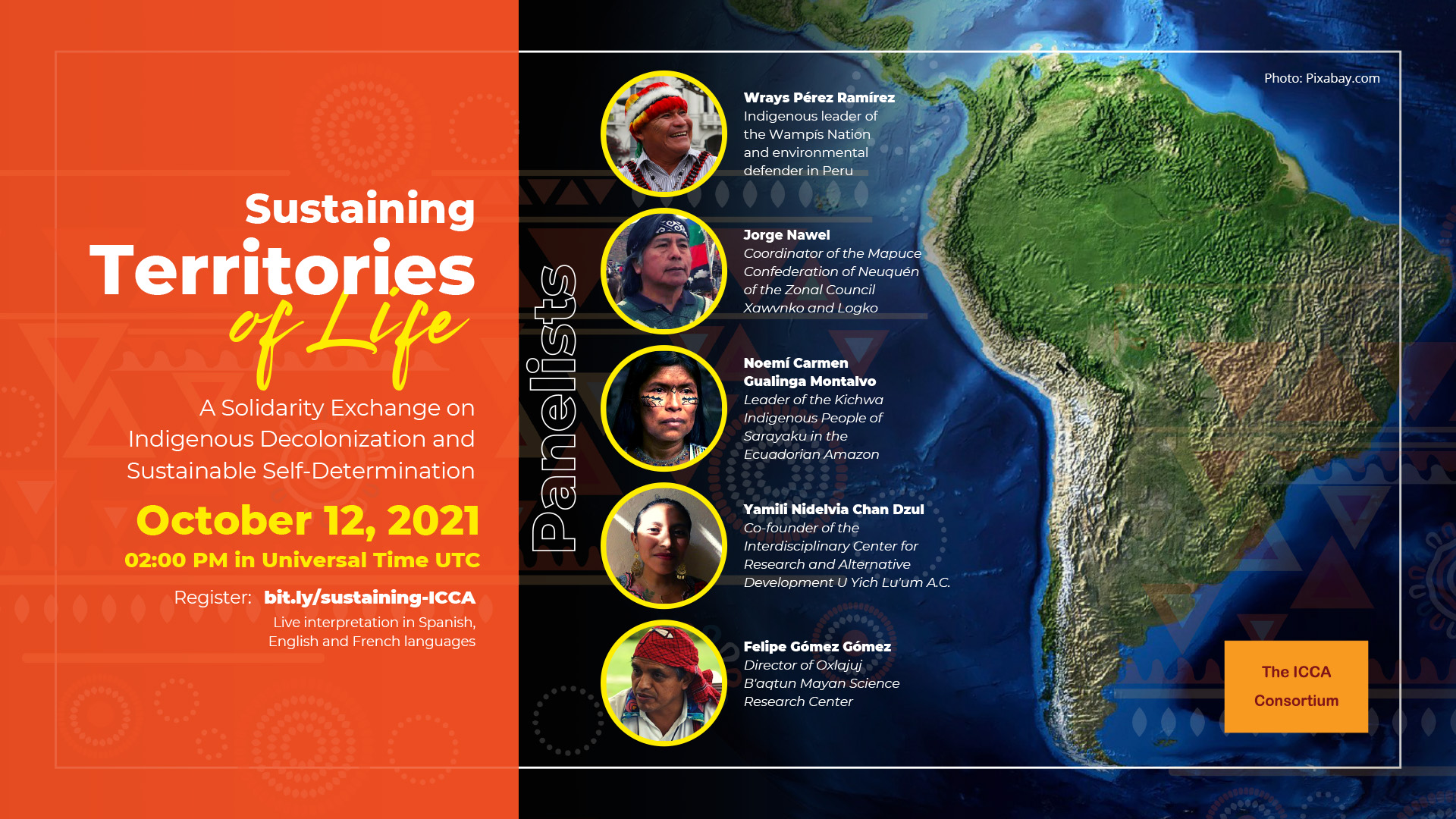 Approximately eighty percent of all biodiversity on the planet thrives in the twenty-two percent of global territories that are home to Indigenous peoples. What will future generations say about ancestral relationships to land, water, plant nations, animal nations, communities, and the natural world?  This workshop examines how Indigenous knowledge and practices are shared, renewed, and reinterpreted across generations to promote Indigenous nations’ well-being, governance, and sustainability. By taking a comparative approach of Indigenous nations and communities across continents and regions, we examine different pathways to self-determination and resurgence through a lens of Indigenous sustainability and climate justice.

In this workshop, we will focus on Indigenous practices of sustainability that entail nurturing and perpetuating territories of life beyond the state apparatus and market system. Sustainable self-determination is discussed as a community-driven process that focuses on the regeneration of Indigenous livelihoods, food security, community governance, and relationships to lands, waters, the natural world, and ceremonial life. It embodies the self-determining authority of Indigenous nations and enables the transmission of these practices to future generations.

Wrays Perez Ramirez is an Indigenous Leader of the Wampis Nation and environmental defender in Peru. He was Amazonian Regional Advisor representing Condorcanqui Province, and from 1997 to 2002 National Secretary of the Interethnic Development Association of the Peruvian Jungle (AIDESEP). In November 2015 he became the first Pámuk of the Independent Territorial Government of the Wampis Nation (GTANW in Spanish) bringing together 27 communities of the Loreto and Amazonas regions, a position he held until 20 April 2021. With the support of the Council of Elders he has led the territorial defence of the nation, their Indigenous Rights and the protection of the watersheds from illegal mining. In 2017, on behalf of GTANW, he received an award given by the Republican Congress for the role his government is playing in defending the environment

Jorge Nawel is Coordinator of the Neuquén Mapuche Confederation Zonal Xawvnko, and Longko (Political Leader) of Lof Newen Mapu. He is a founder member of the Observatory of Human Rights for Indigenous Peoples and member of the Policy Roundtable for the Co-management of the Nahuel Huapi National Park. He is on the Council of Elders for ICCA Consortium and the Indigenous Plurinational Council in Argentina. He was Director of Indigenous Peoples for the Ministry of Environment and National Sustainable Development from 2004-2007. Jorge has been a constant defender of Indigenous Rights and especially promotes recognition for Indigenous conserved territories.

Noemí Carmen Gualinga Montalvo, is a Leader from the Indigenous Kichwa Nation from Sarayaku in the Ecuadorian Amazon. In her community, she has held the positions of Director of Health, Education, President of the Sarayaku Women’s Association, KURIÑAMPI, who’s objective is to raise the voice of women in organizational and political processes, seeing as they have a key role in the fight for their lands and equal rights. Noemi is also part of Mujeres Amazónicas Defensoras de la Selva (Amazonian Women Forest Defenders), a collective of different Amazonian Ecuadorian Nationalities fighting for womens’ rights and to protect their lands from the extractive industries, whether mining, petroleum, timber, hydroelectric or others.

Decolonizing bodies, decolonizing Territories of Life: Women and land as a form of anti-patriarchal defence
By Yamili Nidelvia Chan Dzul

Yamili Nidelvia Chan Dzul is a Mayan woman, originally from Sanahcat, Yucatan, Mexico. She is co-founder of the U Yich Lu’um Interdisciplinary Research Centre for Alternative Development. She is an agroecological farmer and responsible for Community Learning working with children and youth. She is part of the Yucatán Péepeno’ob (butterflies) Indigenous Women’s Network. She contributes to the collaborative blog Resistance of Professional Indigenous Women where, along with other Indigenous women, reflects on and battle against discrimination and racism in higher education. She studied Social Anthropology at Yucatan Autonomous University and did a Masters in Development Practice at the Centre for Tropical Agriculture, Research and Teaching (CATIE), Costa Rica.