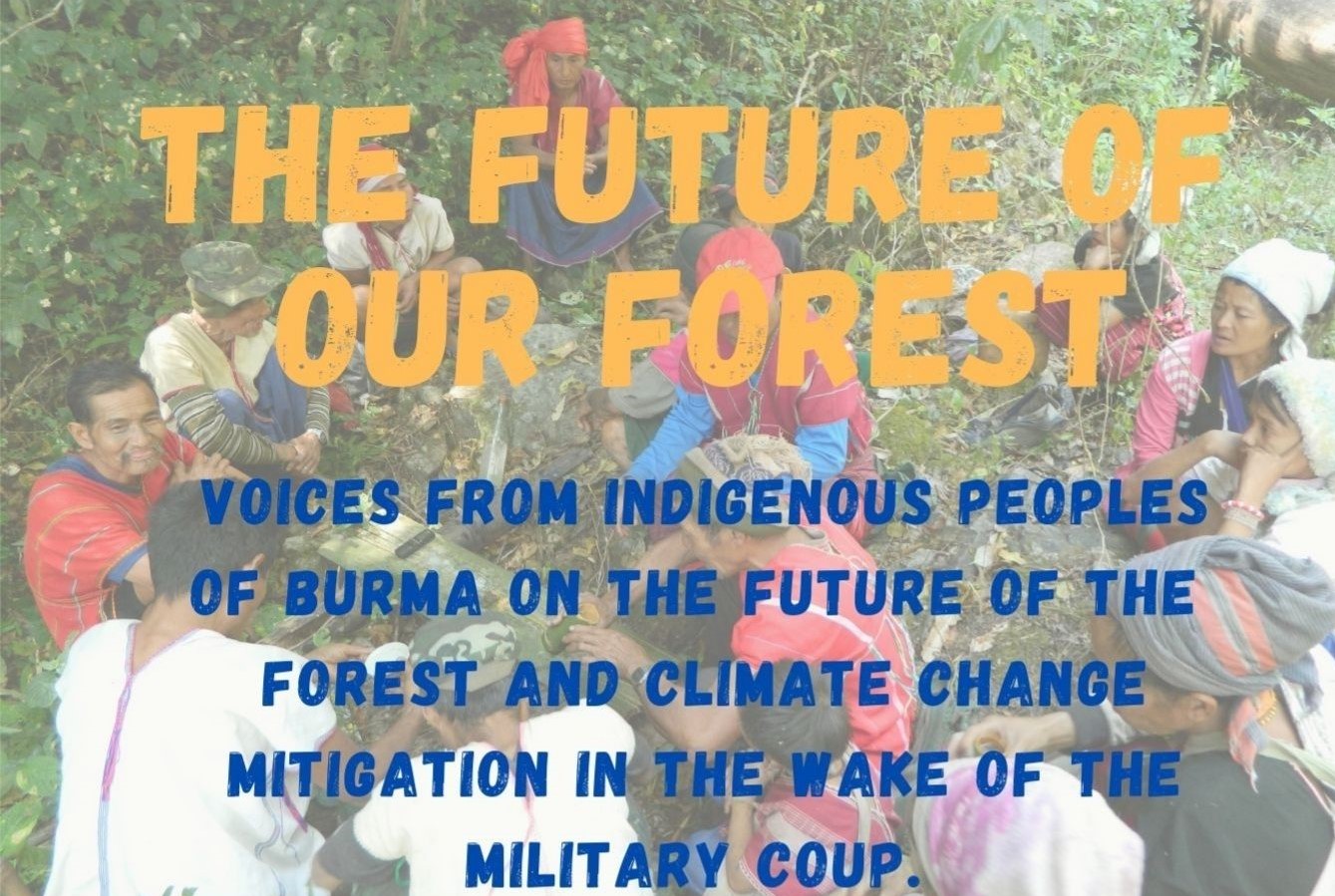 Join our Members and Honorary members and other Indigenous leaders in Burma/Myanmar for an online event on 30 October called: “The Future of Our Forests: Voices of Indigenous peoples of Burma on the Future of the Forest and Climate Change Mitigation in the Wake of the Military Coup”

By ICCA Consortium Members and Honorary members in Burma/Myanmar

Since seizing power on 1 February 2021, the Burma Army has committed crimes against humanity, including across Indigenous territories. Communities fear that if the military is successful in their quest to consolidate power, resources will be plundered, forests cleared, and biodiversity destroyed. In the run-up to the 26th meeting of the Conference of the Parties to the UN Framework Convention on Climate Change (UNFCCC COP 26), Indigenous leaders and activists speak out on the future of the forests in Burma following the military coup, highlighting the extreme challenges and threats that they now face. The All Burma Indigenous Peoples’ Alliance is a network of Indigenous community organizations from across Burma.

The conference will take place online on Saturday 30 October from 13:00-14:30 UTC/GMT (check your local time here).

Register for the event here

Agenda (all times listed are UTC/GMT)

13:05 – Overview of National Commitments in the Paris Agreement – Esther Wah

13:15 – Challenges and progress by Indigenous Peoples towards forest protection and climate change mitigation during the democratic transition (audio) – Survalo

Esther Wah is an Indigenous Karen woman. She works with ethnic communities across Myanmar on their right to protect the land and forests.

Perman is an Indigenous Rawang from Kachin state in Northern Myanmar.

Paul Sein Twa is an Indigenous Karen from Burma/Myanmar. He is co-founder and Director of the Karen Environmental and Social Action Network (KESAN, ICCA Consortium Member) and President of the Salween Peace Park, which protects the last dam-free main river in Asia and more than 5,400 square kilometers of globally significant biodiversity. The Salween Peace Park was one of 10 winners of the 2020 Equator Prize, and Paul received the 2020 Goldman Environmental Prize for Asia.

Saw Alex Htoo is an Indigenous Karen and rights activist working for KESAN. He has been advocating for land reform, better resource governance, social and environmental justice, and the rights of Indigenous Peoples and ethnic communities in conflict areas, particularly in Karen, Burma, for more than ten years.

Frank has been working in Tanintharyi in armed insurgency conflict areas where power and authority favor financial sources of development that impact the local poor. He has been engaged in research and forest policy development for people promoting Indigenous knowledge and culture.

Suvralo is an Indigenous leader from North-West Myanmar. He is working on the rights of Indigenous Peoples to protect their land and forests.

Tanawthari Landscape of Life: a Community-led alternative to top-down conservation