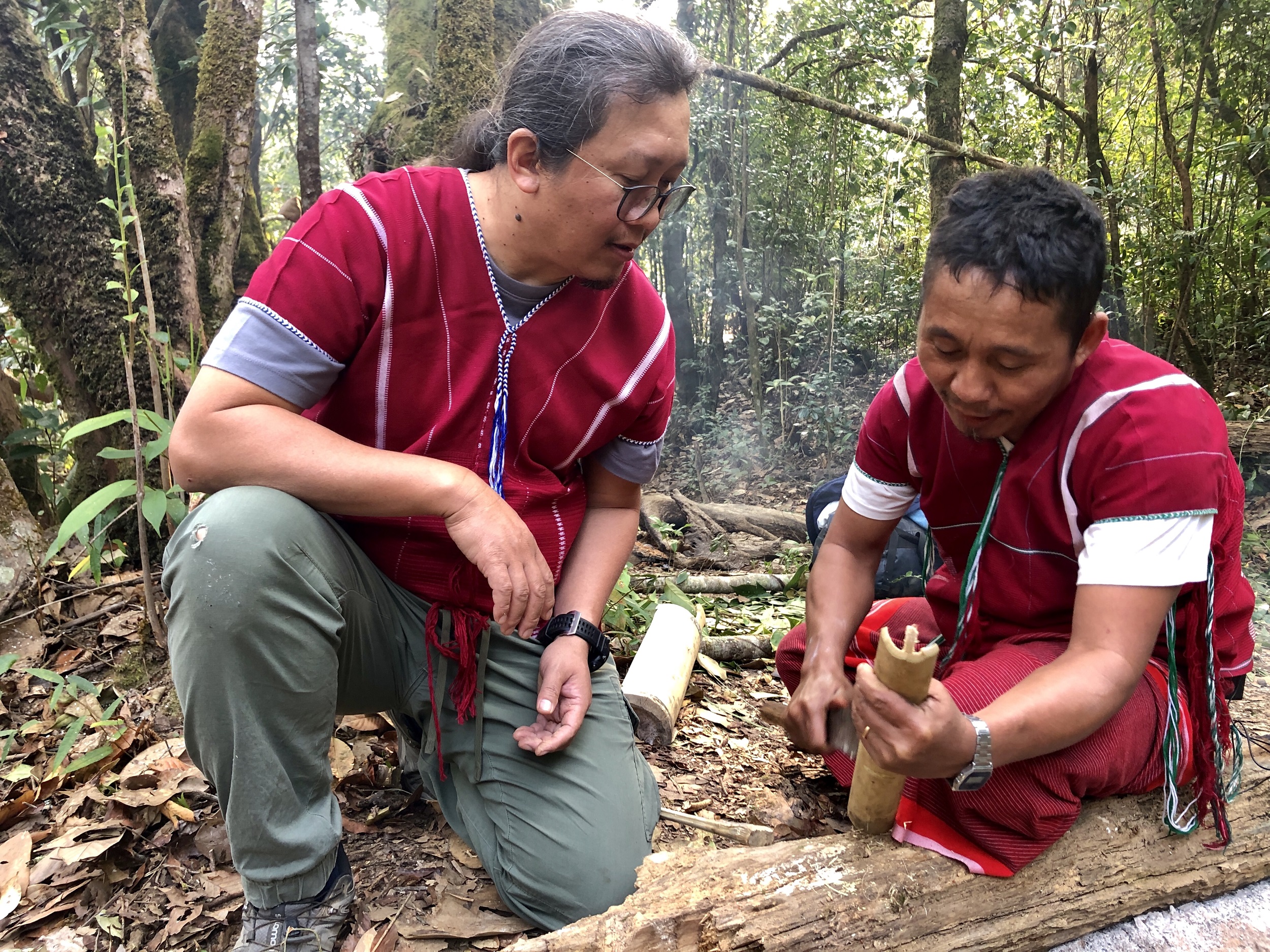 Our Council member Paul Sein Twa (Karen) was honored as the recipient for Asia for his leadership in helping establish the 1.35 million-acre Salween Peace Park in Burma/Myanmar. Join us in congratulating Paul, our Member KESAN, and the Karen communities for this recognition of their extraordinary accomplishment.

The ICCA Consortium extends our appreciation and congratulations to all of the recipients of the 2020 Goldman Environmental Prize! We are thrilled to share that Paul Sein Twa (ICCA Consortium Council member) from the Karen Environmental and Social Action Network (KESAN, ICCA Consortium Member) was recognized as the Goldman Prize recipient for Asia for supporting about 350 Indigenous Karen communities to self-declare the Salween Peace Park in their ancestral lands in territories. The Salween Peace Park was also one of 10 winners of the 2020 Equator Prize, which recognizes outstanding community initiatives for the conservation and sustainable use of biodiversity.

We also acknowledge Nemonte Nenquimo, the Goldman Environment Prize recipient for South and Central America. She led an Indigenous campaign and legal action that resulted in a court ruling protecting 500,000 acres of the Amazonian rainforest and Waorani territory from oil extraction. Nenquimo’s leadership and the lawsuit set a legal precedent for indigenous rights in Ecuador, and other Indigenous peoples are following in her footsteps to protect additional tracts of the rainforest from oil extraction.

In this spotlight video, Paul Sein Twa reflects on the influence of his friend Saw O Moo, one of the visionaries and most active community leaders behind the Salween Peace Park, and says that Saw’s 2018 murder galvanized him and his colleagues to continue in his honor no matter what they faced.

“Thank you so much for recognizing our stewardship of our ancestral territory – the Salween Peace Park, which contributes to protecting the world’s remaining biodiversity. With this award, we will continue to strengthen our respectful and reciprocal relationship with our territory of life by fostering our customary governance system and way of life… It is time for the world to respect and value our Indigenous peoples’ rights, worldview, and knowledge.” To learn more about the Salween Peace Park, read the below description of Paul’s work from the Goldman Environmental Prize website and check out this beautiful multimedia story produced by the Gaia Foundation (ICCA Consortium Member) and the Yes to Life, No to Mining Network: https://spark.adobe.com/page/PZrAlLWEGkvkE/.

A Troubled and Rich Ecosystem

After World War II, the Karen people—one of eight major ethnic groups in Myanmar—sought an independent state, leading to a 70-year armed political conflict. Throughout the 1980s and 1990s, hundreds of thousands of Karen fled to refugee camps along the Thai border. Since 2015, there has been a nationwide ceasefire agreement in place, with tensions and occasional skirmishes replacing open hostilities.

Largely isolated due to years of conflict, the Salween River basin is both a major biodiversity zone and the home of the indigenous Karen people. The region has some of the last remaining intact wilderness areas in mainland Southeast Asia, including vast stretches of teak forests, tigers, endangered Sunda pangolins, clouded leopards, gibbons, Asiatic black bears, and sun bears. The Salween River—Asia’s longest free-flowing river—also runs through the territory.

Today, as resource-rich Myanmar transitions from military dictatorship to capitalist democracy, there has been an increase in logging, mining, agribusiness, dams, and rubber extraction in the area. In 1998, the Burmese government proposed the $2.6 billion, 1,360-megawatt Hatgyi dam in the southern Salween basin—in the heart of Karen territory.

Paul Sein Twa, 47, is an indigenous Karen who grew up along the Thai-Burmese border and has spent his life navigating the zones of conflict. He is deeply connected to the physical, spiritual, and cultural landscape of the Salween River basin, and has dedicated his life to preserving its land and traditions, which are deeply intertwined for the Karen people. In 2001, he co-founded the Karen Environmental and Social Action Network (KESAN) to protect the environment and culture of the Karen community.

In 2005, as industrial development increased in the region, Sein Twa began facilitating a community-driven approach to protect the Salween River basin, with support from local government and others. He attended international meetings to learn about various conservation approaches and learned about the peace park model. Rather than responding to each new project that appeared, he launched a proactive strategy of environmental protection and self-determination for his community.

Sold on the concept of creating a peace park in their beloved Salween River basin, in 2016 Sein Twa and KESAN worked with Karen civil society and local government to mobilize Karen community support, holding public consultations, seminars, and educational meetings with 348 villages representing some 68,000 people.

To ensure community buy-in and involvement throughout the process, Sein Twa worked with local leaders to organize a community referendum to approve a charter and governance structure, garnering 75% community support. He worked with the Karen Forest Department to replace colonial forestry principles with traditional practices and helped communities define borders using natural landmarks. Sein Twa and his team used GPS to map parcels and accurately record Karen ownership of land, and they documented biodiversity and conducted data analysis in the forests.

In this still-volatile region, Sein Twa and KESAN are moving forward in assisting communities to develop land management plans, documenting biodiversity gains, and using the park as a bulwark against destructive megaprojects. Sein Twa is employing international environmental frameworks and collaborating with communities and local government to create peace and independence in the region. He is building a community-focused conservation zone with no boundaries between forest, wildlife, and indigenous communities. Sein Twa has ably combined grassroots environmental activism and indigenous self-determination to create the peace park in a conflict zone—a singular and unprecedented achievement. This is a major victory for peace and conservation in Myanmar.