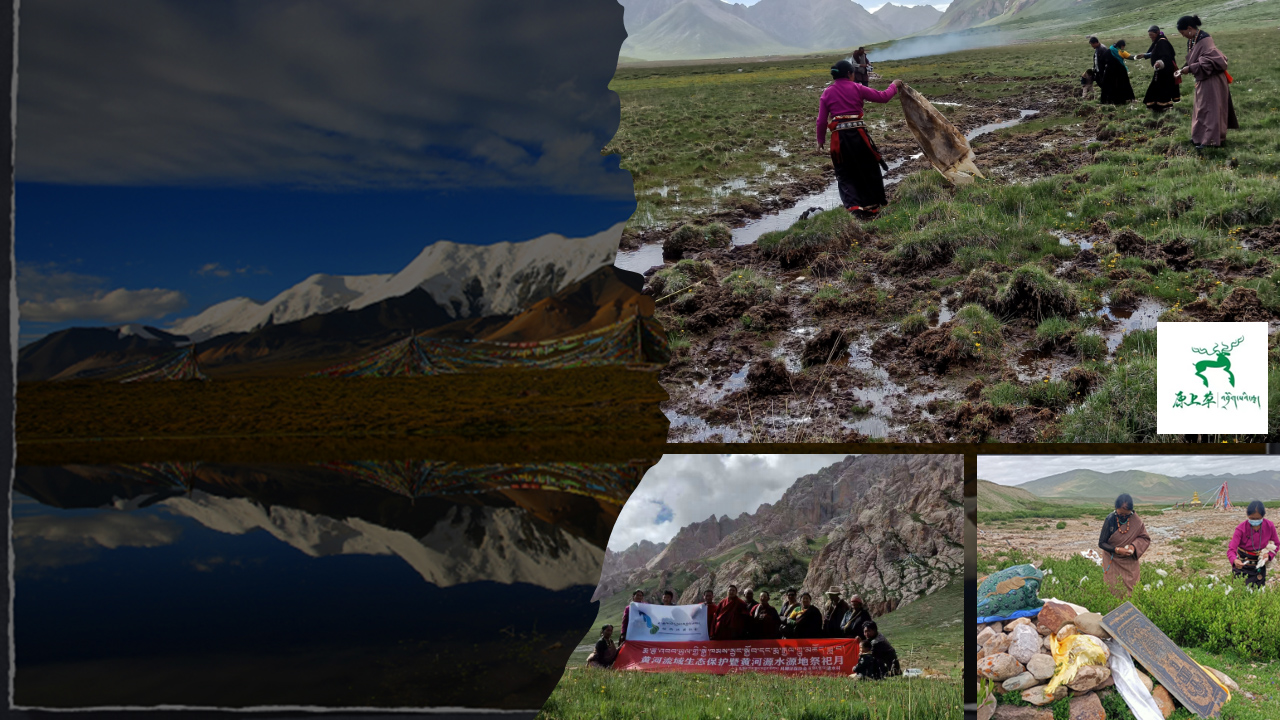 During the regional assembly, the ICCA China Working Group introduced their support for custodians of diverse ICCAs across the country, from Indigenous and sedentary ethnic groups from the Karst area in Guangxi, Three Parallel Rivers World Heritage Site and Mountains of Southwest China Biodiversity Hotspot to nomadic pastoralists from the Tibetan Plateau and Inner Mongolia. Photos: Plateau Nature Conservancy (member of the ICCA China Working Group).

The assembly provided a valuable opportunity for relationship building, peer learning and exchange, and joint visioning and planning amongst the Members and Honorary members in the region

The first ICCA Consortium regional assembly of East and North Asia was held virtually from 9-10 April 2022. The ICCA China Working Group and Community Collaboration for People and Nature (CCPN) from Mongolia (part of the ICCA Working Group Mongolia, Member) facilitated the event. The main goal of the meeting was to enhance regional exchange and solidarity among Members and Honorary members to boost the regionalization process.

On the first day, participants from each country and region shared their strategic plans to support the custodians of territories of life in each unique situation and context. Representatives from two major national and regional supporting partners, Snowchange Cooperative (Member) and the GEF Small Grants Programme offices from Mongolia and China, introduced their respective operations and programmes in North and East Asia. All participants then had a panel discussion on feasible regional collaboration in the ICCA Consortium’s workshop series on pastoralism and grasslands in Asia, in light of the recent declaration of 2026 as the International Year of Rangelands and Pastoralists. They also discussed a potential Asia-Pacific network for Indigenous and community fisheries in coastal and marine territories of life, building on Members’ ongoing work in the region and as part of the ICCA Consortium’s global initiative.

Sutej Hugu, the Regional Coordinator for East and North Asia, initiated Day Two by providing a brief overview of the history of the ICCA Consortium and elaborating on the regionalization process, focusing on three thematic streams of work – documenting, defending and sustaining territories of life – and three forms of support, namely, the self-strengthening process, international instruments and policies, and communications and linguistic support. Hugu also gave an overview of the international policy processes in which the ICCA Consortium is involved to advocate for and promote the recognition of territories of life and of the role of their custodians in conservation, including the UN Convention on Biological Diversity’s process to develop the post-2020 global biodiversity framework.

Members and Honorary members then shared and discussed their visions and expectations for national and regional collaboration with the three supporting platforms. For example, the ICCA China Working Group shared that there is growing demand for exchange and communication, particularly ahead of the 15th meeting of the Conference of the Parties to the UN CBD, which is due to be hosted by China. The ICCA Working Group Mongolia conveyed that more opportunities are arising for pastoralist communities with the advent of the International Year of Rangelands and Pastoralists, which was proposed by the government of Mongolia, as well as the UN Decade on Ecosystem Restoration. Tero Mustonen (Snowchange, Member; and regional representative for the Circumpolar Arctic in the ICCA Consortium’s global Council) spoke about efforts to support community documentation and registration of their ICCAs—territories of life (including through the Evenki Cultural Atlas and global ICCA Registry) and how such visibility can help defend against extractive industries, as well as initiatives such as nomadic schools to support intergenerational knowledge sharing and native language immersion. Hugu also shared about efforts among six tribal groups in Taiwan to develop a “tribal GIS” system in their native language.

They also discussed ideas for joint fundraising efforts in response to the emerging opportunities and challenges for Indigenous Peoples and local communities with large financial commitments to address the climate and biodiversity crises, including implementation of the so-called “30 by 30” target that is likely to be adopted in the post-2020 framework in December 2022.

In the end, participants discussed the proposed structure and composition of governance and Secretariat arrangements in the region, including the Regional Assembly, Regional Council, Steering Committee and Regional Hub Organization with its Coordination team. Although no final decision on the governance structure was made during the regional assembly, all participants supported CCPN to be the regional hub organization from 2023. More reflections on governance arrangements afterwards were invited for future discussion.

There was a consensus among all that the assembly was a very good opportunity to learn more about the ICCA Consortium and its objectives and way of working. The exchange of experiences between the Member organizations represented in the meeting was also considered to be a very valuable learning experience. Finally, all discussants felt that two-day meetings were helpful to get to know each other better, both as organizations and individuals, and to strengthen our process of regionalization.

Hybrid workshop on ICCAs in China boosts exchange, communication and cooperation among communities and supporting organizations