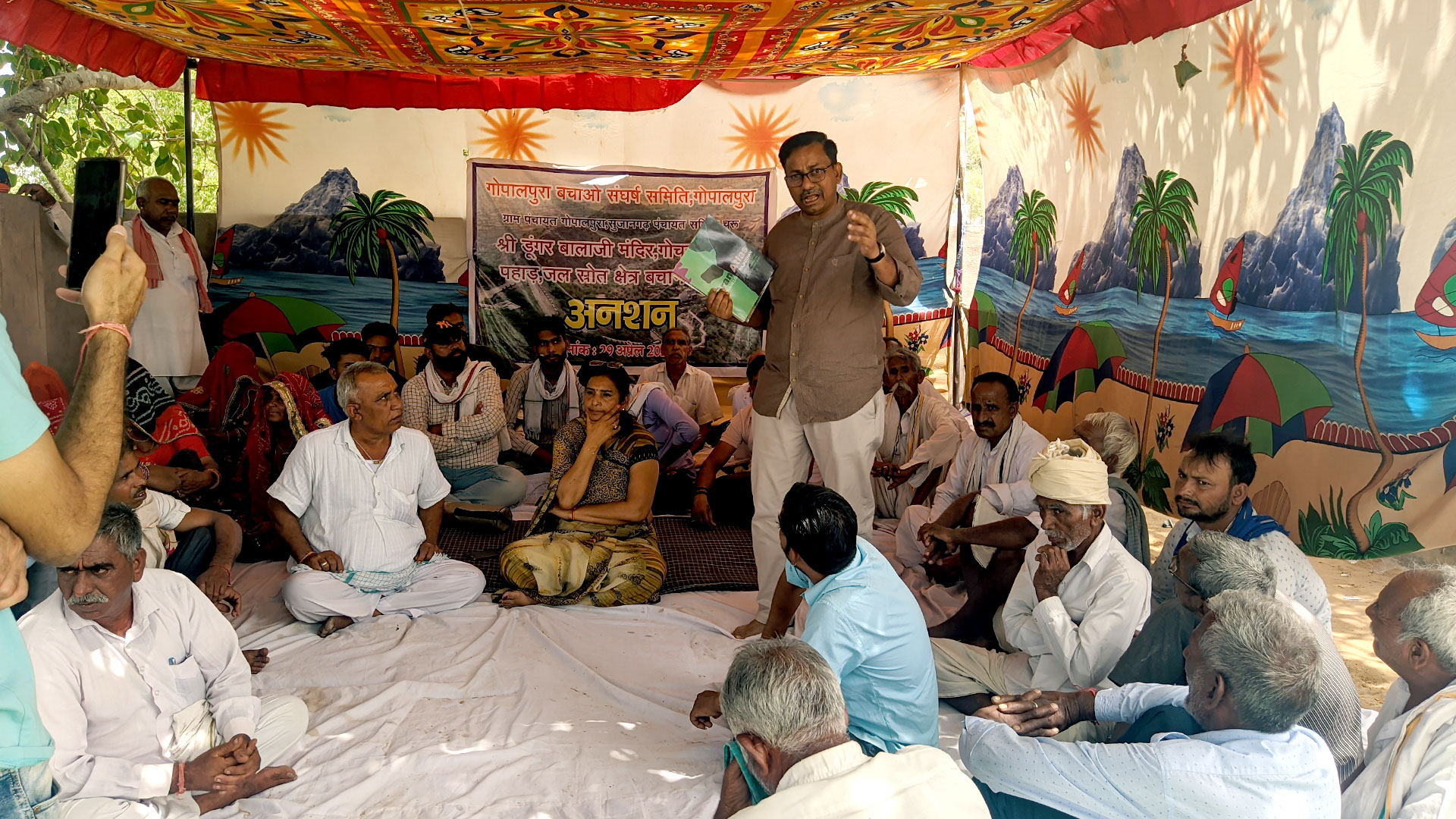 As governments gear up for the final round of negotiations on the post-2020 global biodiversity framework under the UN Convention on Biological Diversity, many grassroots and civil society organizations are turning their attention toward the potential implications of this new instrument at the national and local levels.

From 24-26 June 2022, more than 65 people from across India gathered at the Oran training center in Alwar, Rajasthan, for a grassroots consultation organized by Krishi Avam Paristhitiki Vikas Sansthan (KRAPAVIS), with the support of Kalpavriksh Environmental Action Group (ICCA Consortium Member and host of the South Asia regional coordination team) and the ICCA Consortium.

The objectives of the consultation were to:

The consultation included community leaders, researchers, technical experts, NGO representatives, and government officials from the National Biodiversity Authority, Rajasthan State Biodiversity Board, and Livestock Development Board. Although there was a particular focus on the state of Rajasthan, the consultation also included people working in and around wildlife sanctuaries and tiger reserves in several other states in India.

One of the major issues discussed was the eviction and relocation of economically poor communities in the name of ecological conservation, which had led to the loss of human habitats, loss of livelihood resources, and difficulties in accessing forests and commons. Expansion of protected areas in this manner has created a lot of problems at the community level. State decisions about protected areas have ignored constitutional protections, and inequality is growing at all levels.

Participants underscored that conservation should be contextualized with due recognition of communities’ livelihood needs and customary rights.

The following four cases – each of which needs immediate attention and support – illustrate different aspects of dislocation caused by protected areas:

There is a proposal to extend the boundary of the Sanctuary and people feel threatened by impending dislocation. Livelihood resources and commons in the area are already threatened by mining. The extension of the sanctuary will only add to and intensify the existing difficulties.

The pastoralist Raika community living around the Sanctuary has lost access to the forest and commons inside it because the permits for grazing were withdrawn and entry into the forest is restricted as Kumbhalgarh has also been declared as a Tiger Reserve. It is not only the Raika’s traditional livelihoods that are breaking down but also the inter-community relations based on pastoralist ways of life.

People dislocated from the core area in the early phase are yet to be resettled adequately. Two communities, Meena and Gujjar, were displaced. It has been particularly difficult for the pastoralist Gujjars who, without access to forests and grazing land, were forced to adapt to an agricultural way of life. It should also be noted that once a village is identified for dislocation, all development projects in the village come to a halt and basic rights and services such as water, health care, and school take much longer to secure in the new settlements.

Tal Chhapar Wildlife Sanctuary, Rajasthan: This Sanctuary provides a habitat for rare, endangered, and threatened species of flora and fauna. In an arid region, rainfall is minimal and erratic. The water used by the flora and fauna within the Sanctuary and by nearby villages primarily originates from the streams of water that flow from the mountainous area during the rains. Most of the communities that own livestock depend heavily on the grassland for grazing and on the nearby water body and its catchment areas, where the water flows from the adjacent hills. As per the guidelines and circular dated 31 July 2013, the Eco Sensitive Zone (ESZ) extends up to 10 km around the Tal Chhapar Sanctuary and covers the Gopalpura village and the adjacent mountainous area. However, under the Draft Notification, the abovementioned area is excluded or reduced to 3 km from the ESZ, which would lead to the granting of the Environmental Clearance by the Ministry of Environment, Forest and Climate Change and thus the resumption of commercial mining. Companies then undertook illegal commercial mining in the form of stone crushing activities.

In addition to these four cases, the consultation also considered several other interrelated issues.

Local and tribal communities have been protecting forest areas through their ways of life, and their traditional practices and knowledge are outstanding. Forests have religious and cultural significance (such as Orans) in the lives of the tribes. In many protected areas, the core and buffer areas are opened up for tourism, which is causing problems for both local communities and wildlife. Livelihoods that are based on non-timber forest products and local agriculture and animal husbandry are disappearing.

Several issues emerged from the discussion on dislocation caused by protected areas: lack of any kind of assessment before dislocation that would have helped in systematic resettlement; lack of both adequate resettlement as well as adequate rehabilitation; neglect of the Forest Rights Act 2006 and Panchayats (Extension to Scheduled Areas) Act 1996, with the former securing the rights of tribal and other forest dwelling communities, and the latter recognizing tribal communities’ right to self-governance; and neglect of the Right to Fair Compensation and Transparency in Land Acquisition, Resettlement, and Rehabilitation Act 2013.

In addition to long-standing issues with exclusionary protected areas, new forms of energy production are posing additional challenges for communities. For example, developers are undertaking solar energy projects. Since solar is considered renewable energy, it is exempted from environmental impact assessments, even though the projects encroach on village pastures, water bodies, and community forests such as Orans. Social impact assessments are also not followed in planning and undertaking resettlement and rehabilitation. Once again, the Right to Fair Compensation and Transparency in Land Acquisition, Resettlement, and Rehabilitation Act 2013 has been neglected.

Recommendations for the government

Participants agreed on the following recommendations for the government:

Participants discussed several issues related to inclusive and rights-based approaches to conservation during the consultation. Among other follow-up actions, they agreed that at least three state-level forums need to be constituted, namely:

The event was covered by local newspapers and television.