The ICCA Consortium respect your privacy. However in order to improve our work it is also useful for us to set cookies. Do you agree?
Yes No
Skip to content
​Throughout the world, ICCAs span a wide range of natural ecosystems and species and are governed and managed within a large diversity of traditional and modern institutions and rules. Some country-specific examples are illustrated in the documents that can be downloaded from this page. [su_accordion][su_spoiler title="​The interface between traditional and modern institutions" icon="arrow"] ​The conservation practices of indigenous peoples and local communities depend on an astonishing variety of meanings and values related to concepts such as “nature”, “environment” and “conservation”, a variety that underpins the relations between humans and nature that find expression in diverse ICCAs all over the world. While all ICCAs include precious bio-cultural diversity conserved in a voluntary and self-organised way, the related beliefs, practices, and institutions are context-specific. Moreover, as socio-cultural phenomena, ICCAs change in tune with history and society. Through time, some disappear, others survive in old or new forms, and some emerge anew. Throughout the world, the systems by which contemporary indigenous peoples and local communities govern and manage their natural resources are a blending of old and new knowledge, practices, tools and values of different origin. In the struggle to cope with the scale and pace of socio-cultural change – from monetarization and globalisation of the economy to the expansion of government control to remote areas – some ICCA institutions have been de jure replaced by state governance … but remain de facto alive and effective. This is the case of communities that live in state forests, for instance, but have de facto maintained their customary governance systems. In other cases, change has been powerful enough to affect the community’s capacity to govern and manage land and natural resources in a sustainable way: customary institutions have broken down or have been replaced by state or private institutions, and genuine local ICCAs are just a memory. Yet in others, even overpowering change has been unable to destroy them: innovative, more complex ICCAs have emerged from the pre-existing ones. In this page you will find many accounts of ICCAs governed at the interface between traditional and modern institutions. You may also like to visit the page: Historical and cultural roots of ICCAs [/su_spoiler] [su_spoiler title="ICCA Database" icon="arrow"] Prior to the establishment of the Global ICCA Registry, the Consortium had begun to develop a worldwide database on ICCAs, documenting quantitative and qualitative information for specific sites that had been documented and discussed in grassroots discussions and/or regional reviews. Such site-specific data is available below for a number of countries. View the ICCA database [/su_spoiler] [/su_accordion] 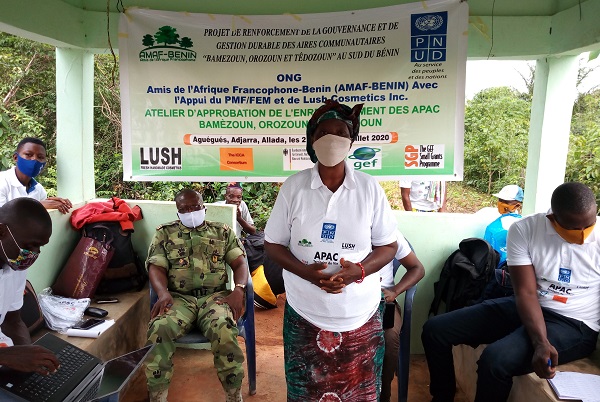 AMAF-Benin (ICCA Consortium Member) organised several community dialogue and peer review workshops, during which the custodians of the Bamezoun, Orozoun and Têdozoun ICCAs agreed to submit them to the global ICCA Registry and the World Database on Protected Areas. Read more ▸ 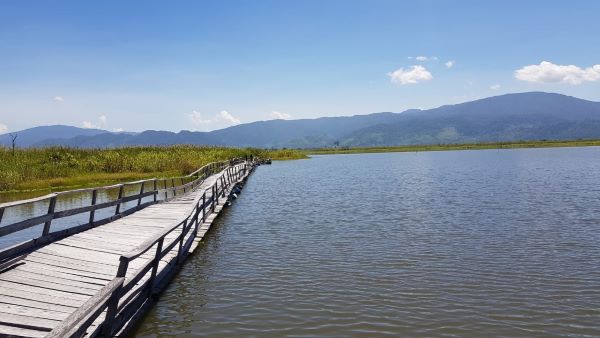 The Working Group on ICCAs Indonesia, an ICCA Consortium Member, is stepping up advocacy efforts with the government for the appropriate recognition of ICCAs. As part of this effort, the Working Group is strengthening the documentation and registration of an estimated 3 million hectares of ICCAs in the archipelago. Read more ▸ 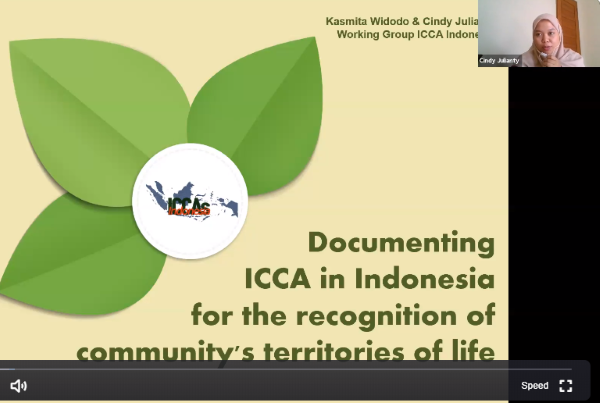 A series of webinars is being organized as part of building shared capacity and understanding of ICCAs–territories of life in South East Asia. In the first webinar, representatives of the Working Group on ICCAs in Indonesia talked about the recently concluded mapping and documentation process of ICCAs in Indonesia.  Read more ▸ 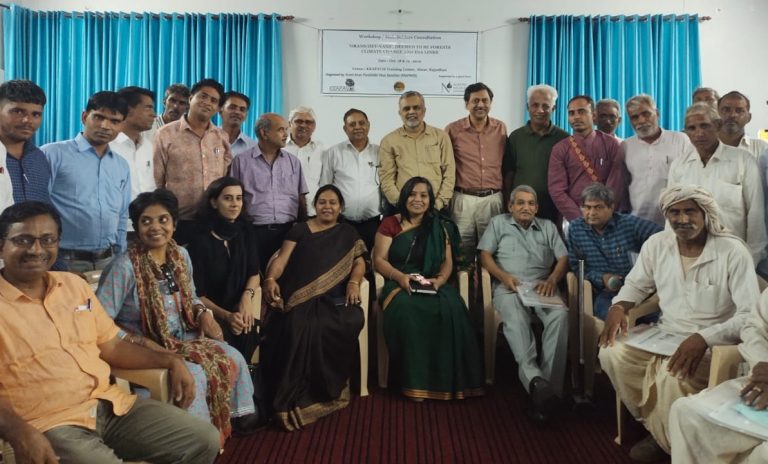 KRAPAVIS Organizes a Workshop with Partners and Allies to Secure Orans

In India, KRAPAVIS (ICCA Consortium Member) organized a workshop that included representatives from communities, forestry research and other research institutions, universities and colleges, along with the Forest Department, the ‘Rajasthan State Biodiversity Board’ (RSBB) NGOs, and governmental agencies, to agree on the first steps to secure Orans, based on the 2018 “deemed forest” Supreme Court order.  Read more ▸ 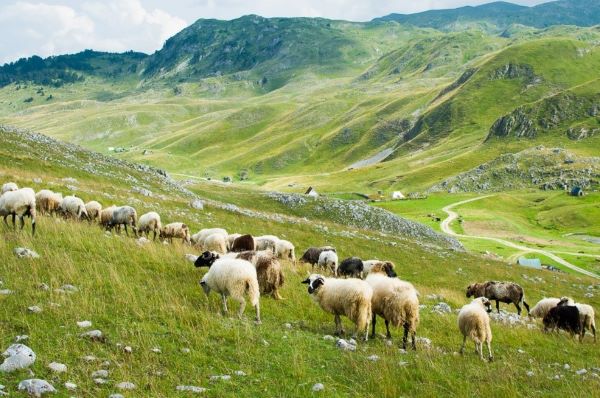 In Montenegro, local communities and civil society are organizing to defend the pasture area of Sinjajevina, used by pastoral tribes for millennia, and now threatened by government plans to occupy it for military artillery testing. Official studies have recommended giving the area a protected status but those are being hastily set aside…  Read more ▸ 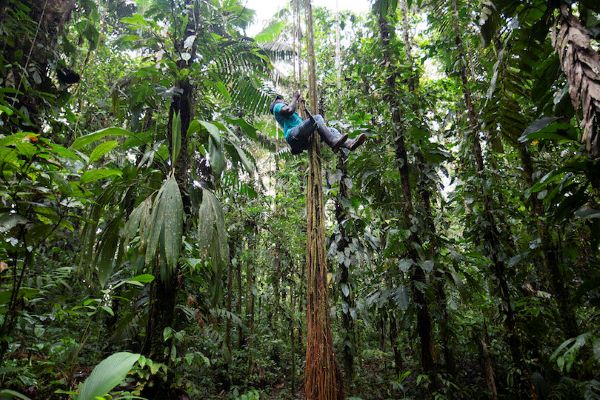 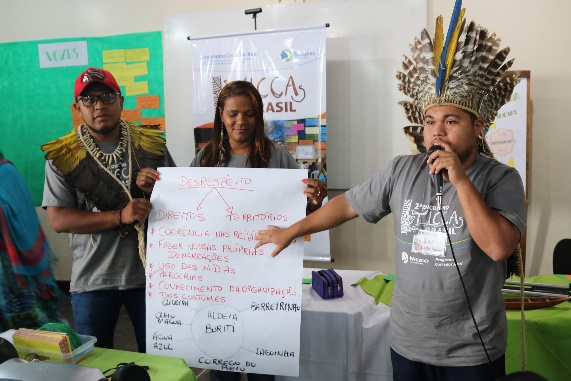 Brazil’s Second ICCA Meeting Brings Together a Wide Diversity of Voices, in the Heart of the Pantanal of Mato Grosso do Sul State

Corumbá hosted the 2nd ICCA national Meeting in Brazil. Gathering more than 54 participants, it led to the creation of two committees to strengthen the understanding of ICCAs and actions of the Brazilian ICCA Platform on the ground.  Read more ▸ 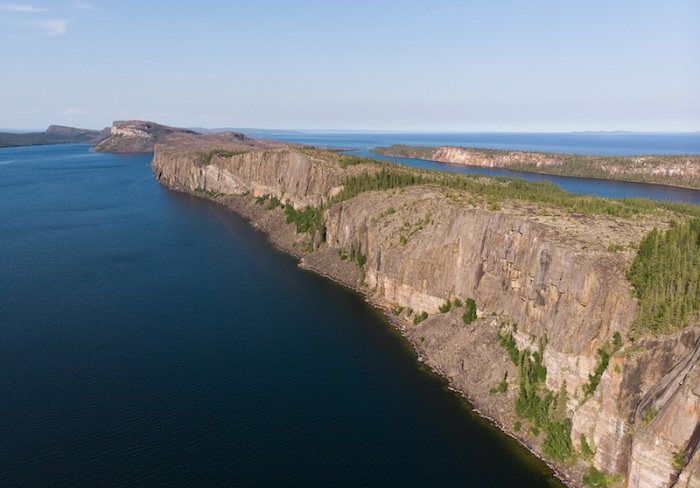 It’s historic! “Achieving the protection of Thaidene Nëné for the Łutsël K’e Denesǫłine is a decades-long dream, and a critical step towards ensuring that our way of life can be maintained and shared with all Canadians,” said Chief Marlowe. Read more ▸ 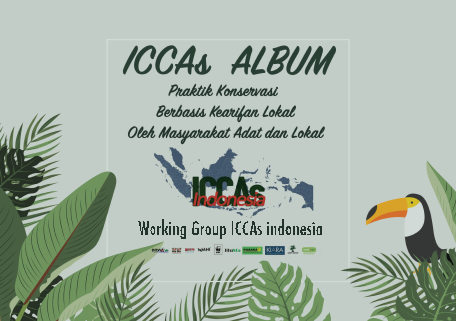 The importance of Indigenous Peoples in conservation in Indonesia

For the celebration of International Day of World Indigenous People on Aug 9th, the Working Group ICCA Indonesia produced a flyer to highlight the importance of the contribution of indigenous peoples to conservation.  Read more ▸ 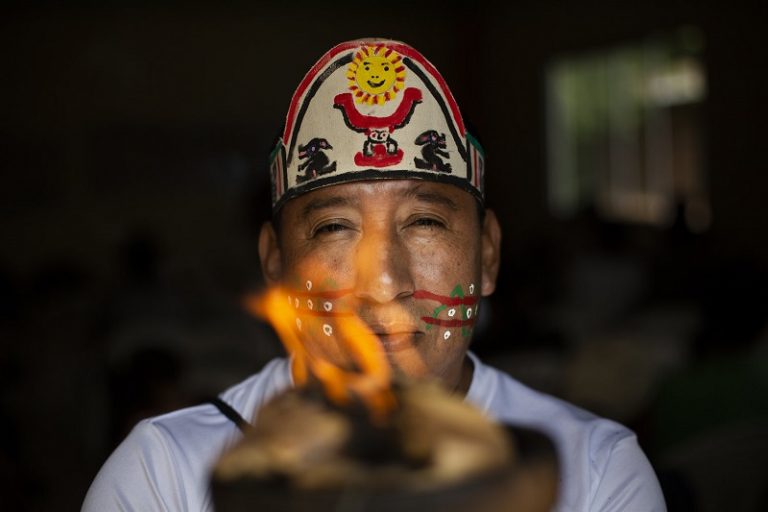 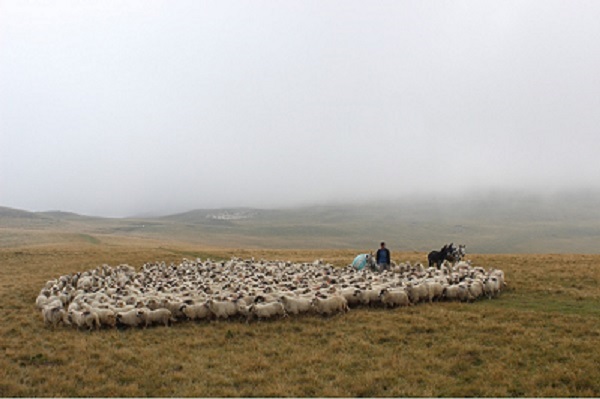 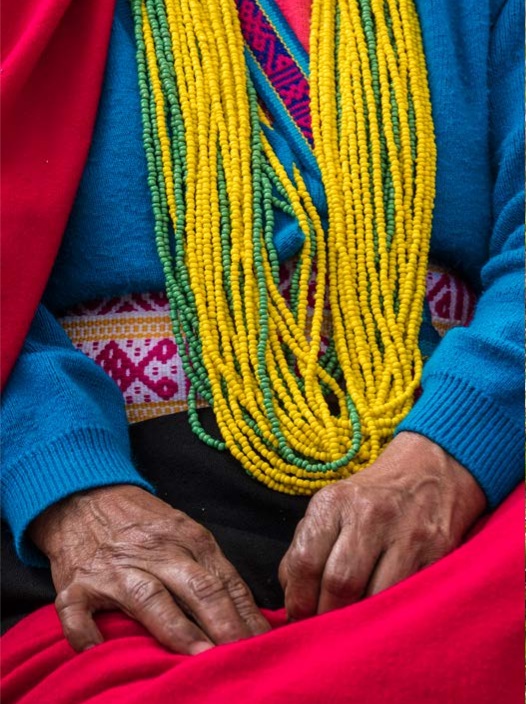 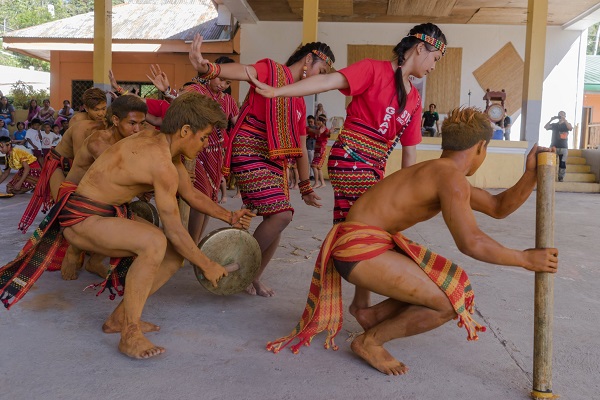 Five Indigenous People Communities in the Philippines declare their ICCAs

The Declaration is a culmination of more than a year of documentation-related activities,  including boundary delineation, 3D and digital mapping, resource inventory, and documentation of indigenous knowledge, systems, and practices (IKSP). Read more ▸ 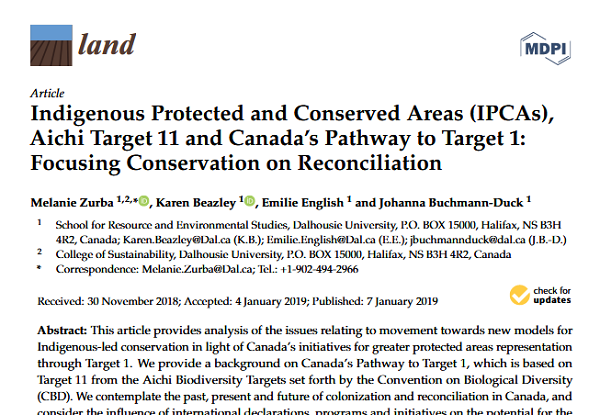 This article provides analysis of the issues relating to movement towards new models for Indigenous-led conservation in light of Canada’s initiatives for greater protected areas representation through Target 1. Read more ▸ 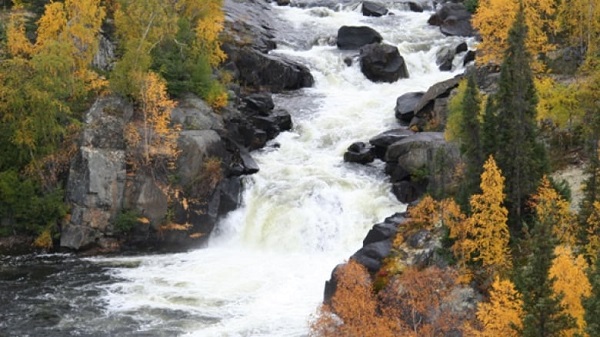 Lutsel K’e Dene First Nation (LKDFN) members have ratified the establishment of Thaidene Nene through a unanimous show of hands. It is the heart of the traditional territory and sacred place of the Lutsel K’e Denesoline. Steven Nitah, ICCA Consortium Honorary Member was part of this effort. Read more ▸ 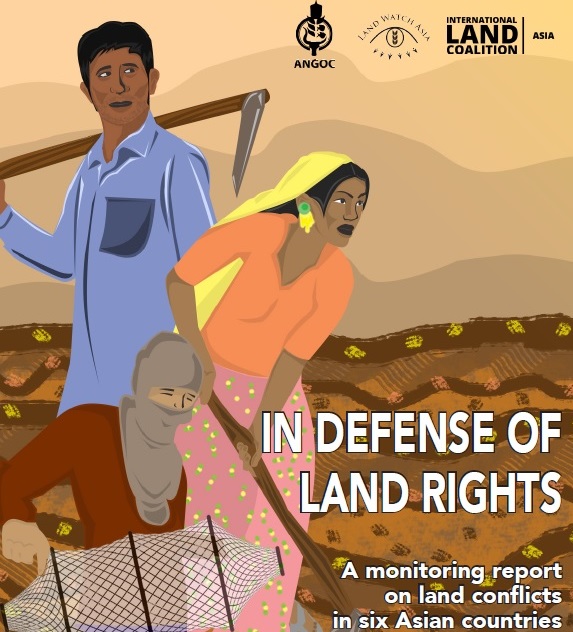 In Defense of Human Rights: A Monitoring Report on Land Conflicts in Six Asian Countries

These monitoring reports were prepared, by ANGOC, an ICCA Consortium Member, in six Asian countries to understand the nature, causes, and impacts of land and resource conflicts, and to highlight the human rights issues intertwined with them. Read more ▸ 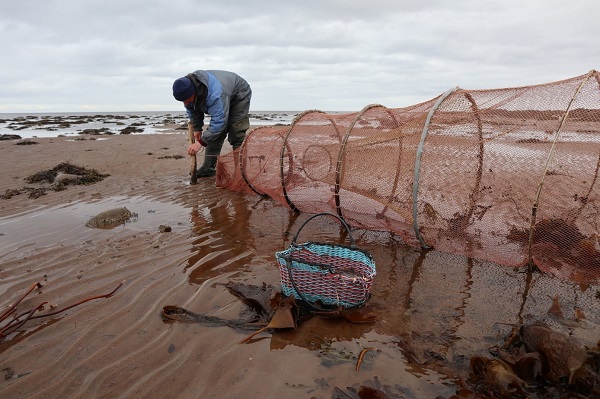 Community detects important changes in their rivers and elaborate solutions 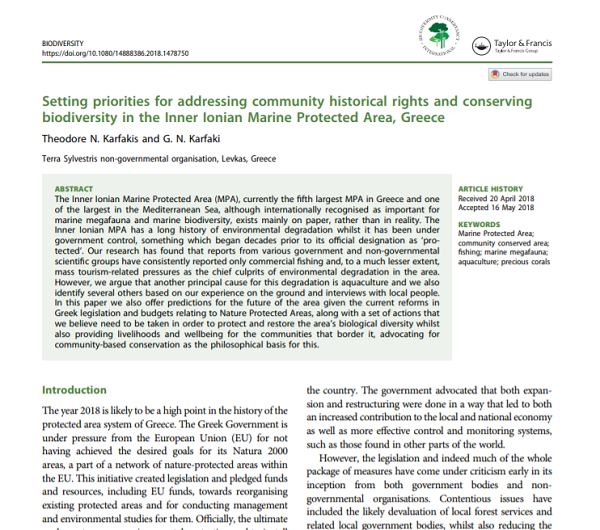 This article, co-authored by Ted Karfakis, from Terra Sylvestris, a Member of the ICCA Consortium, explores reasons for the environmentally degraded state of the Inner Ionian Marine Protected Area and suggests actions to restore its biodiversity, while providing for the wellbeing of the local communities who advocate for community-based conservation as a philosophical basis. Read more ▸ 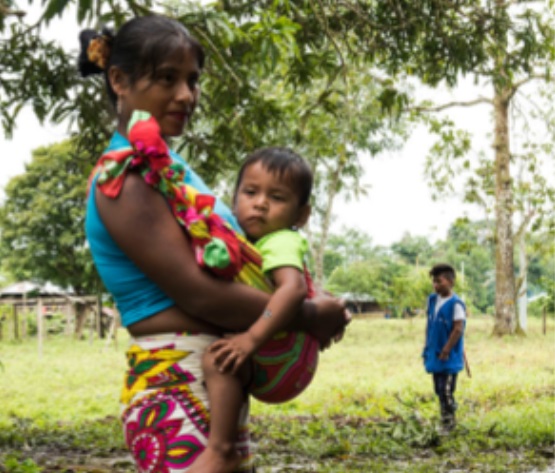 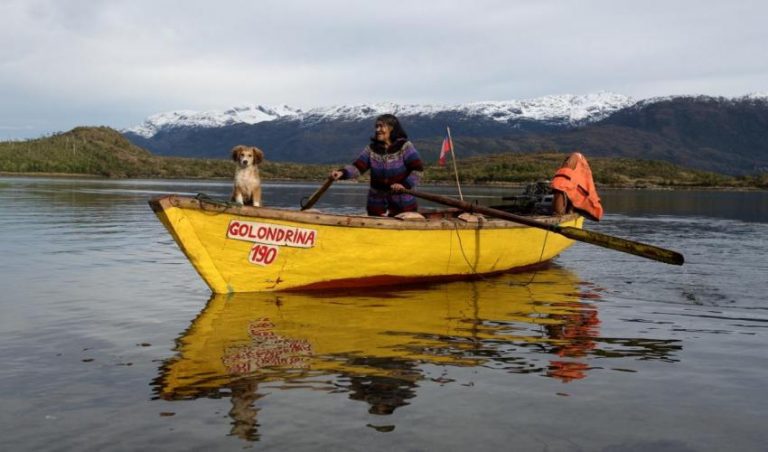