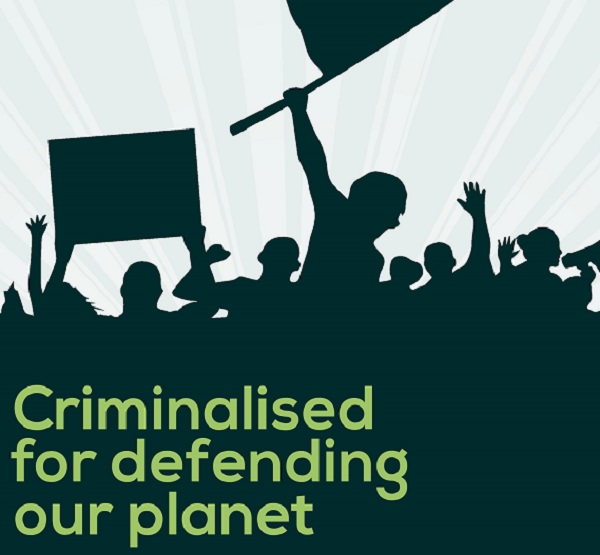 Governments and companies are increasingly using criminalisation tactics to intimidate and silence the individuals, communities and organisations who defend land, nature and human rights more broadly. Communities and individual activists are typically targeted with smear campaigns and called ‘anti-development’ or accused of being terrorists or acting with vested interest (often when their actions are collectively supported), followed by trumped up charges and arrests. This is aided by the creation, adaptation, and arbitrary reinterpretation of laws, thereby turning legitimate activities into illegal actions.

Criminalisation is not just using the law to silence and stop activists, but also creating a climate of fear that discourages others from speaking out. Threats, harassments, interceptions, and stigmatisation, tarnish the image of activists, communities and organisations, reducing support from the public and pushing them to give up. Criminalisation aims at hindering communities and activists by forcing them to spend time, money and energy to defend themselves and each other rather than focusing on their work, while stigmatising them in the public eye.

On top of neutralising the activism of those defending collective lands and territories and advancing the agenda of governments and corporations, criminalisation adversely affects the lives of the activists and their families and communities. Defenders fear for the safety of their loved ones and communities. When they are harassed, prosecuted or imprisoned, their families suffer emotional, mental and often financial consequences. Family members – including women and children – are sometimes targeted as part of intimidation tactics. As many activists are volunteers, legal costs may push them to stop and find other work to support their families. This is a huge loss for civil society and for local‑to‑global efforts to protect and defend human rights and the nature on which we all depend.

As part of the global mobilisation against criminalisation of land and environmental defenders held from 2-9 December 2019, Land Rights Now and several other organisations, including the ICCA Consortium, produced a policy brief called “Criminalised for defending our planet”. This brief details the ‘stages’ of criminalisation – ranging from smear campaigns, criminal charges and arrest warrants to illegal shortcuts and mass criminalisation – as well as the intersectional effects of criminalisation on defenders and their families and communities.

For more information, please read the policy brief at: https://www.iccaconsortium.org/wp-content/uploads/2019/12/criminalised-for-defending-our-planet-policy-brief.pdf